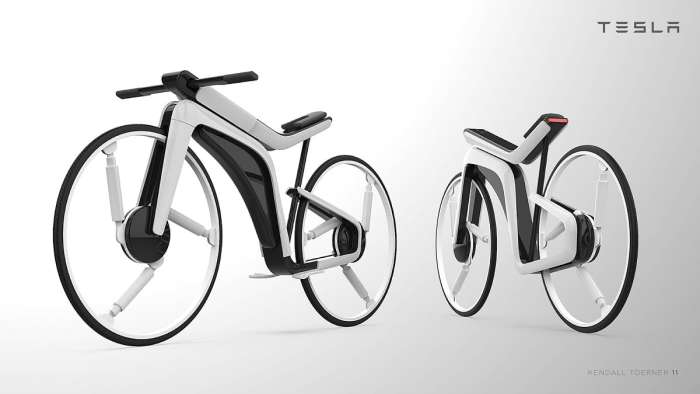 E-bike From Tesla: Model B Turns Heads and Steers Independently

Tesla has revolutionized the electric car market. However, more and more people are switching to e-bikes. Here the Tesla Model B design from Kendall Toerner that jumps into the breach.
Advertisement

Kendall Toerner has designed the Tesla Model B e-bike concept, which breaks with common conventions and provides for an autopilot and other gimmicks.

Ducati and Harley-Davidson have e-bikes in their range, as do BMW. Even Mercedes is already stretching out its feelers in the direction of the electric bicycles. So when is a Tesla e-bike coming.

The conclusion is very close: If there is a Tequilla from Tesla why not an electric bike from Tesla? Yet, so far there are no concrete references to a Tesla bike. After all: At the now legendary presentation of the Tesla Cybertruck, the Elon Musk company presented a Cyberquad.

Before Tesla brings an e-bike into the market, we will have to be content with concepts like the Tesla Model B. However, they show in which direction Tesla could go. 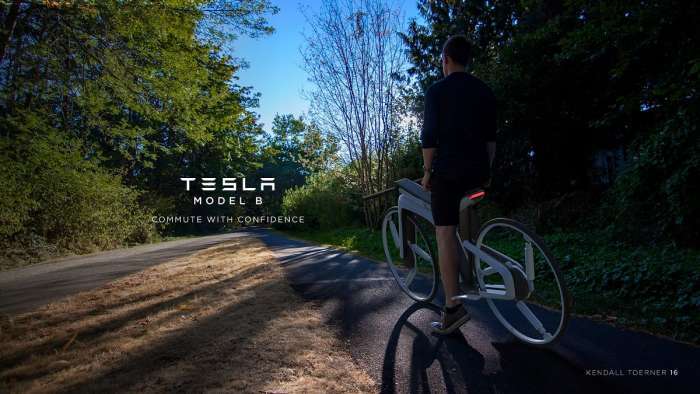 "The Model B forms a bridge between conventional bicycles and road-vehicles, with a design that, like cars, is designed to be safer, more efficient, and less energy-intensive. The Model B’s sleek frame comes with forward, side-facing, and rear proximity and LiDAR sensors that scan the surroundings to create a protective bubble around the rider, alerting them of any obstacle. Each wheel comes with its own dedicated motor, forming the Model B’s dual-drive system. Spokes on the wheels are replaced by shock-absorbers, helping keep your ride smooth," concludes Yanko Design.

People say e-bikes are perfect companions to electric cars. "Just as automakers like Toyota, Ford, Jaguar, and Tesla begin to roll out viable crossovers in a mix of prices, ranges, and styles, electric bicycles, eBikes, are maturing," writes John Goreham at Torque News.

Instead of conventionally controlling this still fictitious e-bike by exerting pressure on the handlebars, the more pressure you exert on this Tesla Model B e-bike concept, the stronger the wheel turns independently. An inconspicuous display is embedded in the frame, from which you can read information about the route and the battery capacity. 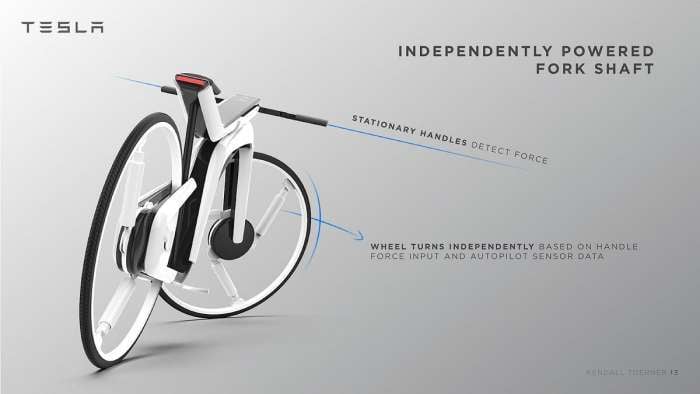 Ultrasonic radar sensors and cameras installed around the bike should ensure that you do not put yourself in danger. Even more - in critical situations, the e-bike should take over the control for you and master the situation via autopilot.

Here is how the autopilot works with the Tesla Model B e-bike. Forward, side, and rear facing radar, cameras, and ultrasonic sensors detect bikes, cars potholes, bumps and other objects. It has an independently powered fork shaft. This means it's the stationary handles that detect the force. In other words, wheel turns independently based on handle force input and autopilot sensor data.

Let me know in the comments below please, if you think Tesla should bring the Model B e-bike to the market soon. By the way, while Tesla isn't building an e-bike yet, look what BH Core Carbon is doing with its record 136 miles of range per single charge.