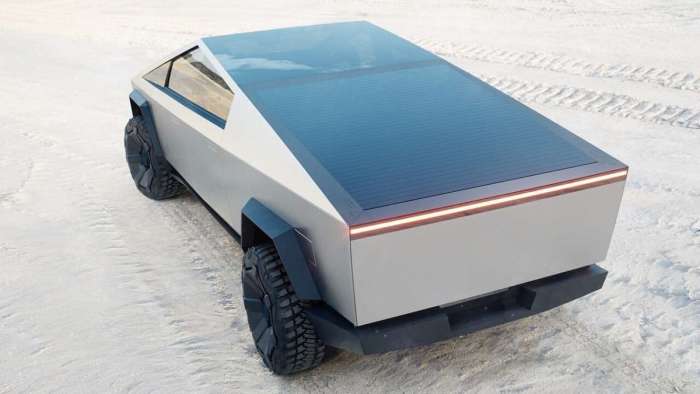 How Cybertruck Will Impact the World Through Its Versatility

The Cybertruck was and remains one of the most controversial vehicles to be revealed. But how will Tesla's unique design enable the vehicle to be put to use in such a large amount of ways and how will this impact the truck and EV market?
Advertisement

Unveiled in late November 2019 (watch Cybertruck's hilarious fail), the Cybertruck was and remains one of the most controversial vehicles to be revealed. Its unique design is to some futuristic looking and to others reminiscent of the car we all drew in kindergarten with its geometric box like features.

Although many people dislike the design of the Tesla Cybertruck it has grown on others, and contrary to what most media predicted Tesla has already received, as of Elon Musk's tweet five days after the reveal, 250 thousand pre-orders. It is important to note that these orders were only needing a fully refundable 100 dollar deposit, so it remains unclear if all of these will result in a full order. Nevertheless, assuming that now, nine months after the reveal, Tesla have received around five hundred thousand pre orders, that means that they have generated fifty million dollars of cash that they can use.

The Cybertruck has serious potential to penetrate the American truck market. It is unlike anything currently on the market with its crazy options and great specs for the price.

The Cybertruck will not only be an electric truck, but a workbench: using its high voltage outputs workers will be able to use it as a power source for power-tools, they will be able to take advantage of the air suspension that doubles as an air compressor and the large stainless steel flatbed will be a great work surface, provided you don't mind a few scratches.

It will not only be a workbench, but a camping truck: the flatbed's full length can be exploited to install a comfortable mattress, and you will be able to purchase an option that includes an electric grill, storage space mosquito netting and a kitchen surface. 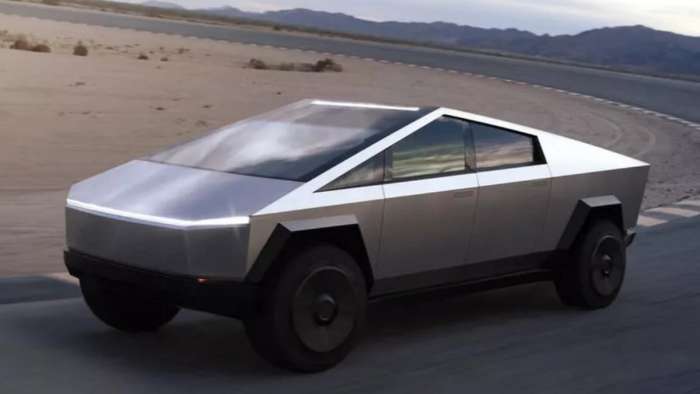 Again, it can not only be a camping truck, but it can become an armored military vehicle: although during the reveal the bulletproof glass was not entirely successful (the glass shattered a steel ball was thrown at the window although it later turned out the glass had cracked due to testing before the reveal), Cybertruck should be bulletproof, seat six people and be able to tow heavy loads making it well suited for military use and, who knows, maybe that angular structure avoids radar detection.

All jokes aside, the Cybertruck is one of the most versatile vehicles to have ever existed and at a starting price of $40,000 for the single motor model with no Autopilot included it is rather affordable for a 400km range EV, with the most expensive version, the tri-motor all wheel drive with autopilot included one, costing around 78 000$, for comparison it is cheaper than a new model X.

With Cybertruck's production due to begin late next year, Tesla are building its biggest factory yet in order to supply buyers with their Cybertrucks, with its location being a strategic one: Texas. SpaceX, the rocket company Elon Musk is the chief engineer and founder of, also has a factory located in Texas, building, you guessed it, rockets, but out of the same material as the iconic truck, stainless steel. It will be interesting to see how both companies share knowledge and resources, It has already been hinted that SpaceX may use a Cybertruck variant as a rover on other planets. In the other direction Tesla proposed to make a special edition of the truck out of the remains of rocket prototypes.

With a very simplistic body design, Tesla also plan on offering a custom "wrap" body cover for the vehicle for those who find the stainless steel shine unappealing.

In conclusion, Cybertruck has become one of the most recognized vehicles out there through its controversial design, providing it with a great amount of publicity which has greatly increased Tesla's popularity. It has made the truck market futuristic, separating people from the view of the standard truck and making it more appealing to many. How many sales will actually go through remains a bit of a mystery but if the order trend of late 2019 has continued Americans should expect to be seeing a lot of them on the roads in a couple of years.
On a final note, it is still unclear as to when Cybertruck will be available in Europe and Asia since the specifications will be developed later as a function of demand and regulations.

Do you like the Cybertruck? Let me know please what you think about the design and see my previous story discussing Tesla's mysterious hint of higher density battery.

Gordon Peterson wrote on August 25, 2020 - 6:09am Permalink
We paid $200.00 NZD for a preorder deposit on a Cybertruck in November 2019. It was to be a Trimotor model. Increasingly there is unconfirmed comment that only North America will get the full size CT as promoted at time of making orders. No confirmation of this has been received from Tesla NZ or Tesla USA. although this has been sought. Clarity is needed now. We’re not waiting however long we must, for a scaled down version of what was a clear expectation of vehicle size at time of ordering. Deposit holders need Tesla clarity.
Guillaume Humbert wrote on August 25, 2020 - 7:54am Permalink
It is true Tesla need to come up with more precise information for continents other than America. They are now starting to make an impact on the global market and they need to be more clear in order to satisfy clients. Hopefully we'll get some more info soon.