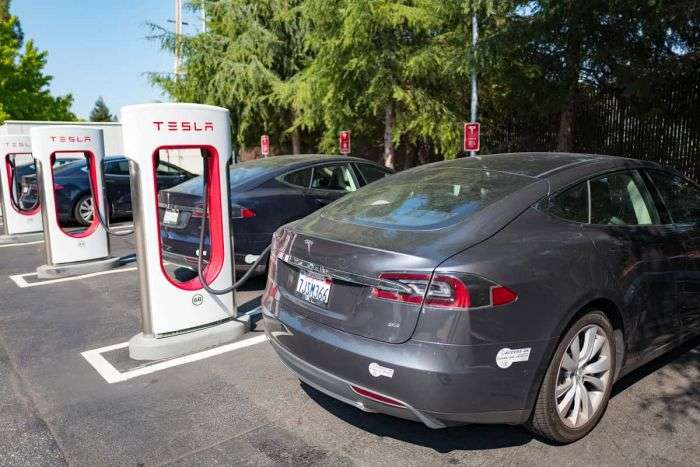 Fund Manager's Email To Clients: "Tesla, without any doubt, is on the verge of bankruptcy"

John Thompson, a hedge-fund manager of Vilas Capital Management, who manages $25 million, wrote his clients over the weekend and said “Tesla, without any doubt, is on the verge of bankruptcy," He has several reasons and Tesla is this fund's biggest position now. And Moody's just downgraded TSLA because of Model 3 production delays.
Advertisement

According to MarketWatch, who interviewed Thompson, Tesla is just months away from a total collapes. He says Tesla's price hike is an absurd and it's the story that drives the price of the stock (TSLA). Eventually financials should win.

He says it will be hard for Tesla to find funding in the face of the following mounting problems.

First, there are delays with delivering the mass-market Tesla Model 3. In fact, here is what prevents Tesla from producing Model 3 vehicles faster.

Second, the sales of Model S and Model X are declining. If you look at the Monthly Plug-in Sales Scorecard from Inside EVs, you will see that the Model S sales are indeed declining in 2018. Besides number of factors it's probably also the rising competition from Nissan Leaf, Chevy Bolt and others. Making EVs is becoming fashionable now.

Third. TSLA stock has an extreme valuation according to Thompson. Therefore, he assumes that Moody's is likely to downgrade TSLA.

UPDATE: Moody's just lowered its corporate family rating on Tesla to B3 from B2 and changed the outlook to negative from stable.

And finally, Thompson invites us to a reality check. He says "Tesla is worth twice as much as Ford, yet Ford made 6 million cars last year at a $7.6 billion profit while Tesla made 100,000 cars at a $2 billion loss. Further, Ford has $12 billion in cash held for ‘a rainy day’ while Tesla will likely run out of money in the next 3 months. I’ve never seen anything so absurd in my career."

According to MarketWatch's Shawn Langlois, who interviewed Thompson, the apparently tried to reach out to Tesla and the company, the article says "declined to comment on Thompson's views."

Few days ago there was a horrific accident and a post accident fire involving Tesla Model X. Here is the post-accident video. Today NTSB started an investigation to see if Tesla's Autopilot was engaged during the fatal crash. TSLA stock dropped 8.22 percent closing at 279.18.

Disclosure: The author of this story has no stocks and no stock positions.

Heath wrote on March 28, 2018 - 8:05am Permalink
The simplest answer: Elon Musk isn’t running Tesla for a profit motive (although he has said that businesses need to make a profit because otherwise they aren’t creating value)... But he is still a Billionaire many times over from his success with SpaceX... Up til now, Tesla has been able to secure funding from the capital markets, and there’s no indication they couldn’t still. But if they were unable to find money anywhere else, Musk could fund the company himself with a small sale of his SpaceX shares
Kevin wrote on March 28, 2018 - 8:06am Permalink
This implies that capital markets opportunities have dried up and the company can’t go to the market for debt or the dilution of shareholders. The company may be overvalued but its pricing in another round of shares being sold. The company has to turn a profit at some point. It’s great to keep reinvesting but Wall Street demands an eventual return.
Chad wrote on March 28, 2018 - 8:06am Permalink
Wouldn’t be the first time that the mainstream bet against Elon. Not a good stregegy on their part underestimating him.
Jim wrote on March 28, 2018 - 8:22am Permalink
The entire market flopped because of Trumps tariffs. And to be honest, even though I’m not a fan of Tariffs, the Chinese have been making it impossible to import anything to them. This tariff scare has an upside with exports to china. Elon said himself that the Chinese have made competition in their country harder than running a marathon with lead shoes on.
Mike wrote on March 28, 2018 - 8:32am Permalink
The information that is used by all of these analysts to comment that Tesla is approaching bankruptcy is public information regarding their cash flow and current lines of credit. Semi-private information is how much cash flow improved during the quarter about to end. Almost completely unknowable to the writers of these pieces is what kind of access Tesla would have to more financing if they need it. I’m not totally confident Tesla has fixed their cash flow problems, but I find it very unlikely they couldn’t get more capital if they wanted it. I would take these articles with a large spoonful of salt.
Doug wrote on March 28, 2018 - 9:06am Permalink
The worst case scenario: Tesla files for bankruptcy, like gm and United. Jettisons obligations debt etc., as an owner, you might lose lifetime free access to supercharging network... Tesla as a brand isn’t going away any more than gm. It’s in the black if you erase its debt structure.
Steve wrote on April 2, 2018 - 12:07pm Permalink
Within 3 years most of the established auto manufacturers (Ford, GM, Mercedes, BMW) will release EV's with comparable range as the Tesla. It's hard to imagine Tesla surviving the increased competition from companies that understand how to compete and make a profit.