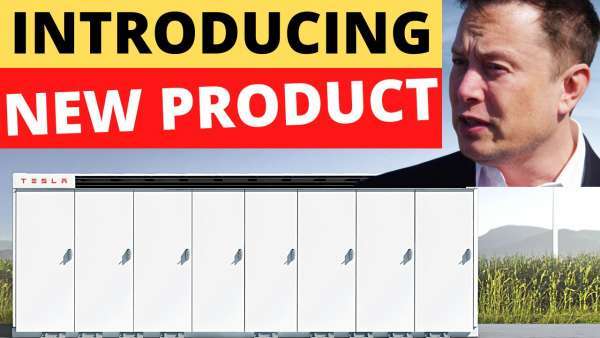 Tesla energy is a sleeping giant that largely goes under the radar with the analysts. Many people think Tesla is just a car company, but during a recent “internal meeting,” Tesla reportedly explained that it had improved its energy product lineup through a change in strategy. While the company previously utilized both third-party and Tesla equipment, Tesla Energy now uses its own equipment and software for its operations, according to a report from Electrek.

In it's coverage, Electrek says during the meeting, Seth Winger, senior manager of solar products engineering at Tesla, said that new and updated Tesla Energy products are coming this year:

The engineer said that he can’t reveal specifics yet, but he commented:

"In 2022, we are heavily investing in Tesla products. I can’t say exactly what is coming we want to maintain confidentiality but across the board on PVs, on Solar Roof, on Powerwall look forward to greatly improved installation efficiency, aesthetic, and product performance," Winger said.

A Tesla manager said that customers are going to be able to interact directly with the layout and help Tesla with the project:

I am glad to hear that Tesla is making efforts to improve it's energy products and customer service.

I want to conclude with this comment, which I read under Electrek's report.

"As someone who recently installed solar, and if you're active in solar communities, Tesla is known as the faceless megacorporation that doesn't return phone calls, provides poor service during the installation and doesn't think too hard about the system design. They're worth getting a quote from, but small local installers can normally do a better job for similar cost. With regards to equipment, Enphase makes better batteries (LFP, modular and expandable, allowable in any ratio to system size) and their microinverters (many consider these the best in the business) are often just not available with a Tesla install which uses average parts.

"Tesla is also known for delays on equipment and insufficient battery availability.

"I hope Tesla comes out with some game changing tech, but right now Enphase is the leader in the industry. If Tesla really wanted to turn heads, they could answer the phone and provide service. Tesla is terrible at service and communication," commented a user named JS.

Tesla Contemplates A New Strategy for China Retail even As Sales Boom
Jay Leno on Elon Musk & EVs: “I Think He Should Get ... Credit"
END_OF_DOCUMENT_TOKEN_TO_BE_REPLACED