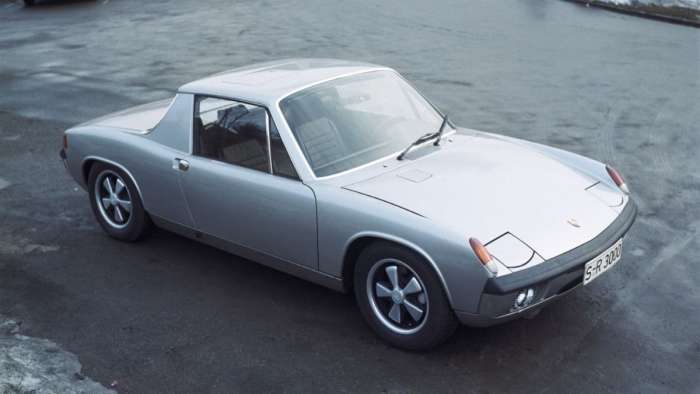 Don’t worry, you can still buy a Porsche without destroying your wallet. Here’s a Craigslist guide.
Advertisement

The word “Porsche” and “budget” don’t always find themselves in the same sentence these days. With the flagship 911 getting more and more out of reach for the general public, it leaves out those who are searching for a pure Porsche experience and lacking the big bucks. Luckily, depreciation is a real thing, just ask Mercedes.

To find a deal for a real driver’s car, looking at Craigslist is a great place to start. The entry-level sports car segment used to be popular beyond our imaginations before SUVs and sedans took over the world as we know it, and all those great cars ended up in people’s garages collecting dust. Here are a few Porsches that found themselves in that same situation, and that you can afford with some careful digging. 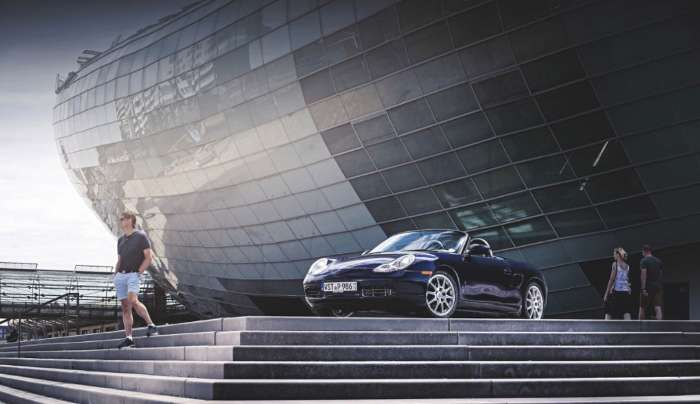 1996 was a pivotal year for Porsche. They were losing money by the day and needed a vehicular pick-me-up to survive the last few years of the 20th century. The 986 Boxster acted as the placeholder for additional sales until the Cayenne arrived in 2003 and soared sales to record numbers.

The 986 Boxster came in many great colors and it has a classic Porsche shape that dates back to the early ‘60s of Porsche Motorsport, sharing a lot of its design queues from the Porcshe 904 and 550 Spyder. They stay in that low budget range because of the subtle design and entry-level performance in comparison to the 996 911. 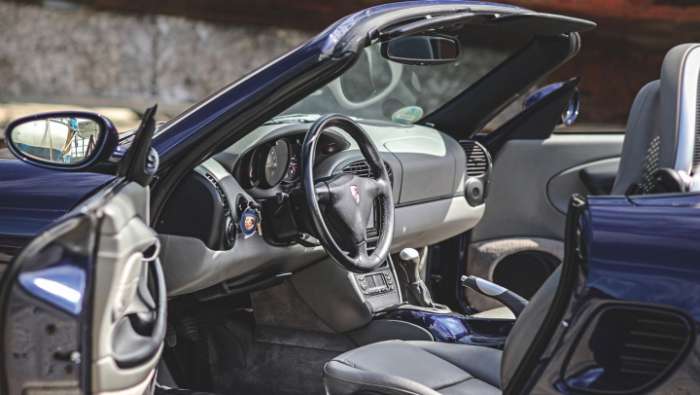 The 986 did have a flat 6 though. The 2.5 Liter naturally aspirated 6 cylinders made just over 200 hp and 180 lb-ft of torque. The later models had a 2.7 Liter flat-6 that could make up to 260 hp and 228 lb-ft of torque. All Boxsters had both front and rear independent suspension with McPherson struts, coil springs, and anti-roll bars.

You could get the Boxster with a 5-speed manual and then a 6-speed manual later on. Combine all that with a 2700-lb body and you have yourself a backroad machine. The 986 had great mid-corner handling and balance thanks to its mid-engine layout and predictable suspension setup. A nice Boxster could run you almost 20K, but the bulk of them on Craigslist will be below 15K. Highly recommend you drive one and see how you like it before buying it. 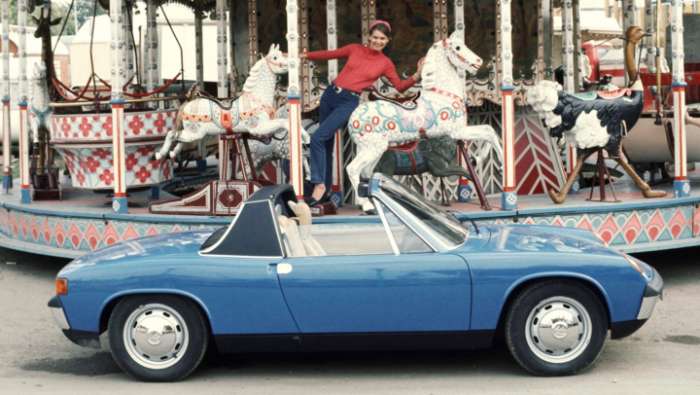 The 914 was co-engineering by VW and Porsche and is still known to many as the “VW Porsche”, though Porsche prefers you call it the 914. Yet another mid-engine layout here, the 914 could make 110hp in later years and weigh a mousy 2100-lbs. Its lightness was a wonder for spirited driving and handling but a big gust of wind could send this little thing in a ditch. 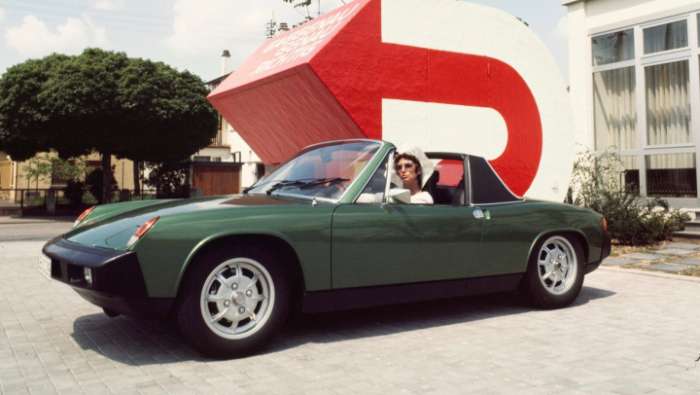 They have been the subject of heavy modification and track-days all over the world because they have the potential to fit big beefy suspension and later-year 911 engines. An original example with low miles can be expensive considering how old they are and how collective they have become. However, a sub 100K mile example that has been serviced and taken care of won’t demand more than 20K-22K. If you find one that needs a little work you could easily get it for 10K. 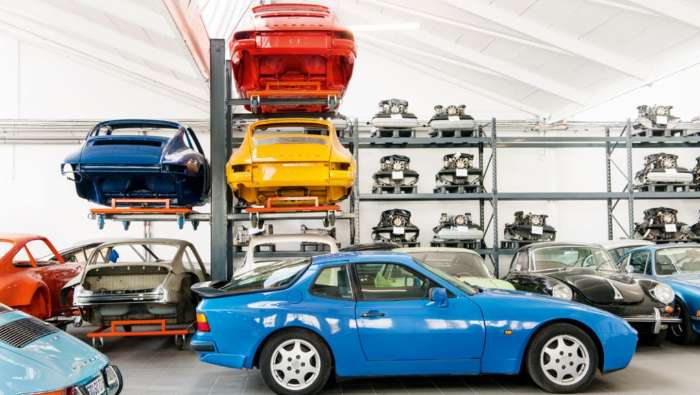 The 944 was introduced in 1982, yet again, as an entry-level sports car for a company that just figured out how to sell the hell out of a turbocharged 911. Porsche had gained huge popularity in the early ‘80s and decided they needed more low-end cars to justify their business model. Thus, the 944 was born. Its bigger brother, the 924, came in the late ‘70s and didn’t quite give the enthusiast community what they wanted. But the 944 made up for it.

The 944 debuted with a 2.5 liter inline 4 that was in the front and a 5-speed manual transmission located at the rear. The 4 banger had big diameter cylinders and a short-stroke that ensured reliability and pumped out 160 hp at the crank. 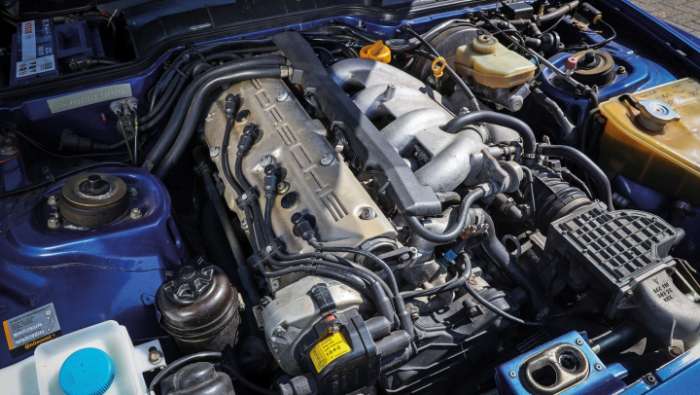 As time went on Porsche released a 2.7-liter inline-4 option that made a little more power and torque. Both the 2.5 and 2.7 n/a engines were continually upgraded as years passed and were able to make up to 211 hp in 1988 with the S2 trim. Then came the Turbo and Turbo S. The first Turbo model came out in 1985 and made 220 hp. The final iteration of the 944 came in 1988 with the Turbo S and made 250 hp. The 944 would remain on Porsche’s lineup until 1991 when it was discontinued due to the company’s poor sales.

To be very honest, the 944 can be bought for as low as $4,500 on Craigslist if you’re lucky. But only the naturally aspirated cars will go so low. A sub-80K mile n/a 944 with service records and a timing belt change can go as high as 9K-10K. The non-turbo cars are looked-down upon in some respects because they don’t rev as fast and don’t have the high-end power that the Turbo and Turbo S models had, but either way, its 50-50 weight distribution, smooth power delivery, and unmatched handling will provide you with the purest of driving experiences.