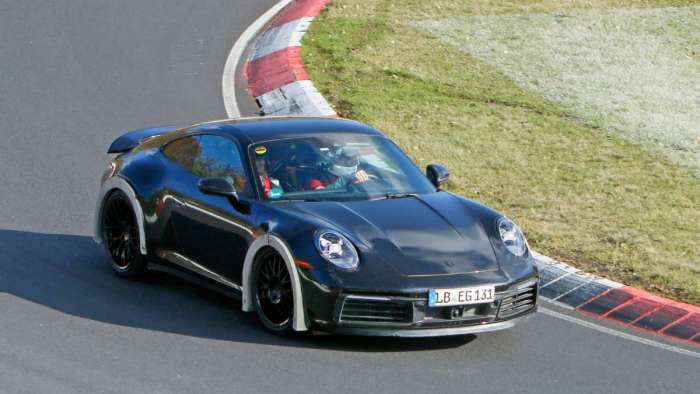 Will we see a production Safari 911, or are the spy photos just too good to be true?
Advertisement

At the Nurburgring, a couple of days ago, Porsche was photographed testing a very peculiar, and lifted, 911. The Carrera in the photos could be a sign of many different things, one among them being a new safari-style 911.

In light of the Porsche Unseen photo leak that revealed a one-off prototype of a 2012 safari-911, we were able to get a full-gallery look at what a modern interpretation of a safari 911 could be. Despite the globally-known look of the old ‘70s and ‘80s safari cars, Porsche has never created a production example and sold it to the public, but it may be on the horizon. 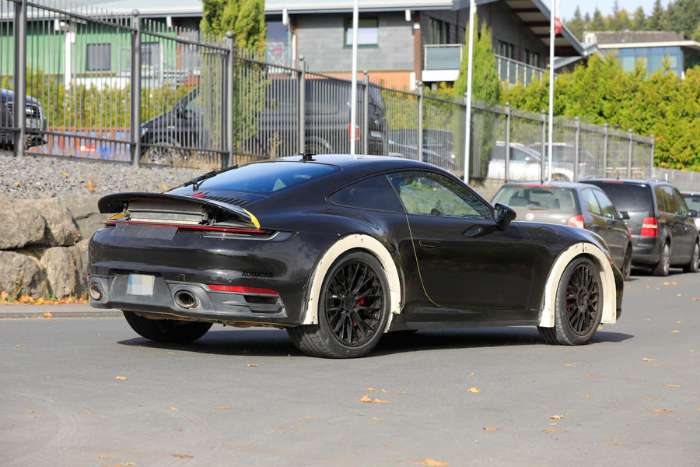 What We Can Decipher

The photos you see here may look like concrete evidence that a safari 911 is coming but this could mean a multitude of things. As far as the pictures go, however, we can clearly see the bulging fenders, lifted ride height, and the special wing on this particular test mule.

Car companies do a swath of crazy things on testing days. They like to swap parts around from different vehicles and even use ill-fitting body pieces to get a baseline of testing data, especially in the very early stages of testing. That is why this lifted Carrera has cream-colored wheel arches lining the fenders on a black car. But no matter what Porsche did that day on the test track, conspiracies are fun. Here are some of ours. 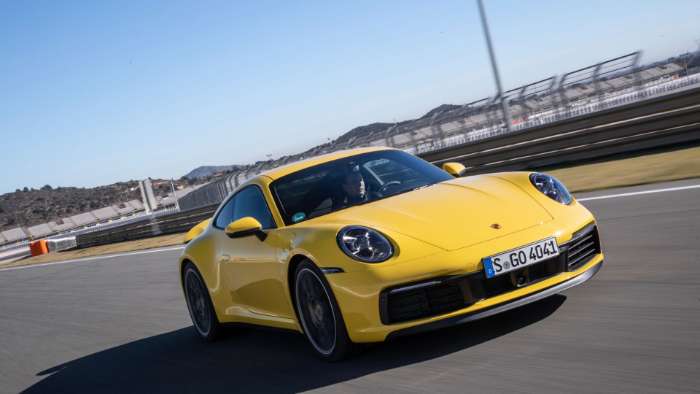 They Could Be Testing New Suspension For A Non-Safari 911

Suspension comes in many forms and over the years we have seen the technology come to record heights. Porsche isn’t known to slack off in the suspension tuning department and we think that this could just be a form of testing a new air-suspension or magnetic unit.

Getting to know how your new suspension works at all heights is extremely important for a car that will see high-speeds and big undulations on a bumpy road. For all we know, Porsche could be using big beefy springs to get a ride height that shows off another performance angle of their new suspension. 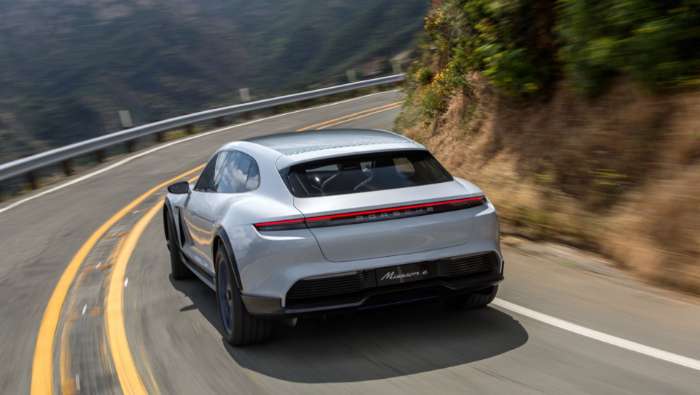 You don’t have to be a journalist to know that Porsche is clever and sneaky, and if they didn’t want us to see this jacked-up 911, we probably wouldn’t. So, there is a reason they didn’t hide really anything, even the weird white fender pieces.

We think that it’s possible the suspension is for another car, possibly a future crossover model of which we haven’t seen rumors of yet, or it could be for an existing model like the Macan or Taycan Cross Turismo. 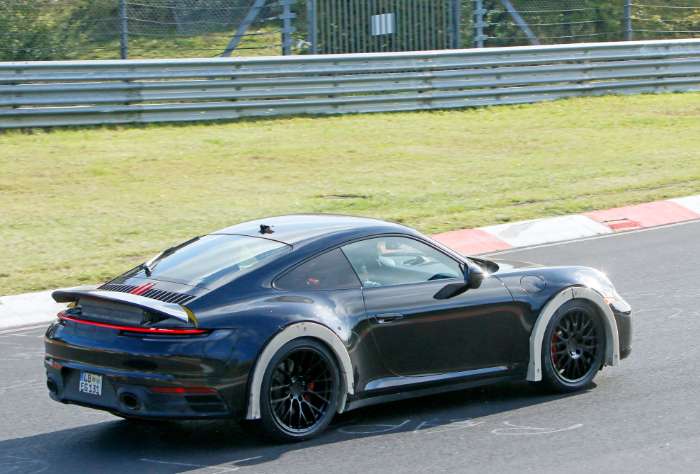 A New Safari 911 Could Be In The Works

There is one big reason why this theory isn’t complete rubbish - the wing. A completely new design is present on the rear bonnet of this 911. A mix between the classic whale-tail icons of the ‘80s and the rare ducktail look of the early Carrera RS - this could be our ticket to a new safari 911. 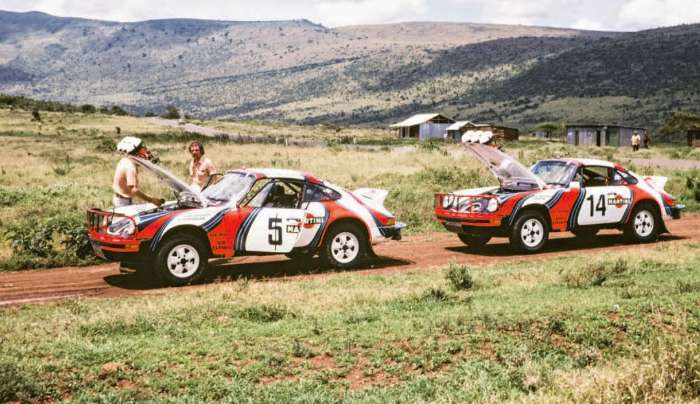 If the suspension and wide fenders of the test car were the focus, Porsche most likely wouldn’t have designed a brand-new wing. Every time Porsche has a new wing at the Nurburging, it means business. Still, a new safari 911 would most likely be a limited run instead of a brand-new trim level, assuming it eventually makes production.

After the 2010s brought us so many great private safari builds, Porsche would be smart to capture some of that fire entering a new decade of performance. We have had some great homologation rally cars in the past but for Porsche to come out with a rally 911 would likely convince other brands to release rally-style cars of their own.

Photos Courtesy of Topspeed and Porsche