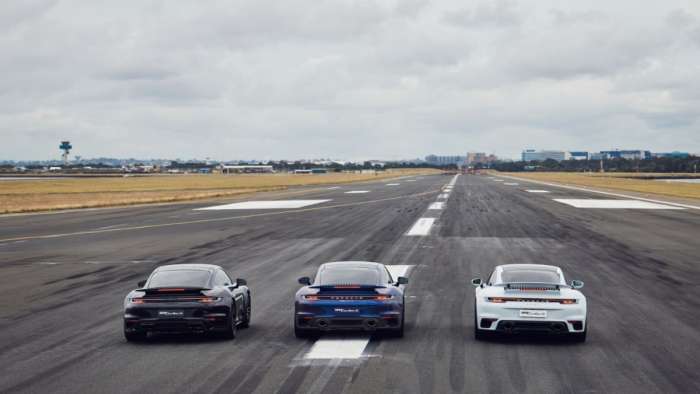 Since the first 930 Turbo came out in 1975, Porsche knew the nameplate would be iconic. In the decades following and the generations past, Porsche has celebrated the 911 Turbo and Turbo S to great lengths. Just these past few weeks, Porsche launched the Embraer Jet Duet that includes another special edition Turbo S, they collaborated with Puma and sold a 911 Turbo inspired shoe, and this week they launched the new type 992 911 Turbo S in grand fashion.

Because of Covid-19, countless places are closed down for public use including restaurants, shops, and airports. Porsche took advantage of this unprecedented time and took the new Turbo S launch to Sydney, Australia, a relatively safe part of the world. 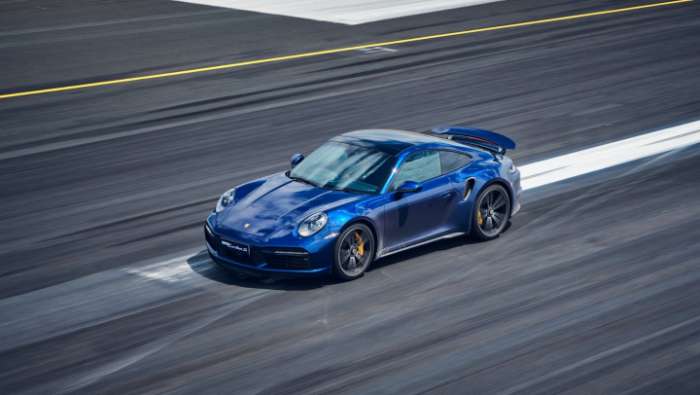 The Sydney Airport is a busy place. They would do 330,000 flights annually every year. Covid, however, brought the travel rate through Sydney Airport down 97% this past year, making it a completely open, 2.2-kilometer runway. Any ideas popping into your head?

Well, Porsche thought of it first and knew the Turbo S would love to stretch its metaphorical legs whilst ripping through the tarmac of a wide-open airport. So, that’s what they did. 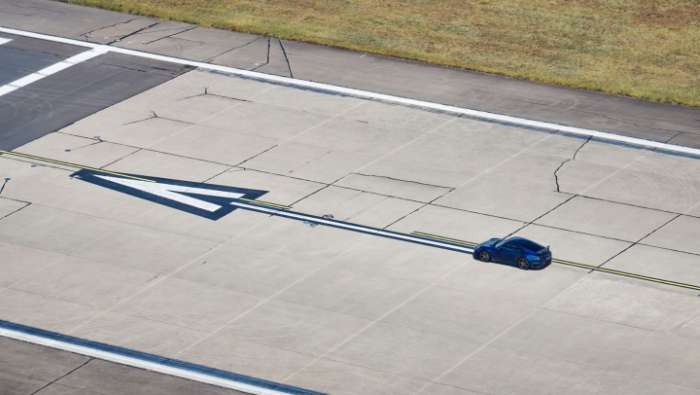 48 VIPs were invited to come down to Australia and drive the new sports car down runway 16L/34R at Sydney Airport in Porsche’s “Launch Control” event. Porsche brought accommodations in the form of driving instructors, safety associates, and business partners to make sure the event could be as tightly-knit and cautious as possible.

Porsche says that the probability of this event even happening was slim to none. In order to close down an international runway on the continent’s biggest airport, it takes a village. Porsche needed approval from the government and multiple regulatory agencies before they could even start planning the logistics of the event. 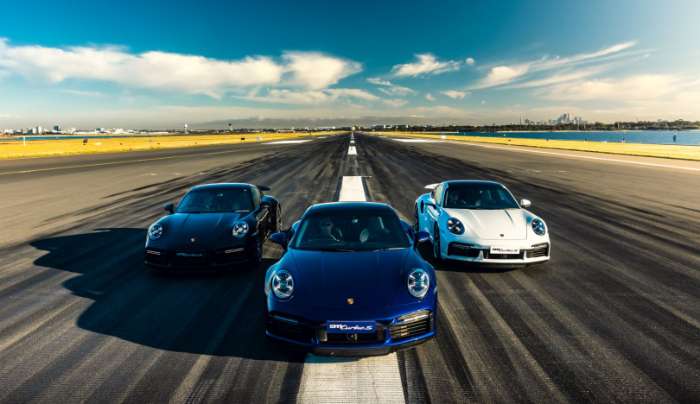 When a car can launch itself to 60 mph in 2.7 seconds and push beyond the 200mph mark, it becomes a big liability for both Porsche and the airport. Luckily, the Australians are understanding people and jumped through some hoops to close the runway and give Porsche the reigns.

Porsche Cars Australia was the entity behind the event. Their marketing and events manager Belinda Coen said “We always knew we wanted to do something special to launch the Type 992 911 Turbo S”, adding that “there were numerous site visits before we could agree it was actually possible. Logistically, there are so many things to consider: first and foremost, safety.”