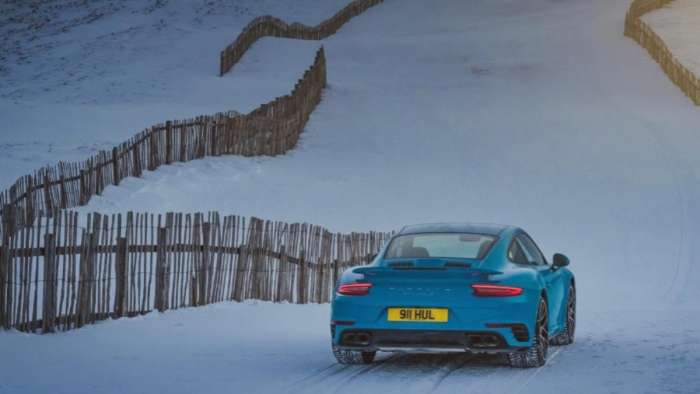 In past weeks, a plethora of spy shots, articles, and secret news has been spilled on the Turbo Models of the Porsche 911, we’re going to try and make sense of the mania.
Advertisement

Porsche has a certain method to releasing their cars (especially the 911) in which they start slow with the least expensive models and then eventually, when the time comes, open the vault doors to reveal the fastest, most expensive trim at the end. With any new 911, and especially a whole new generation of them, the process is more sneaky and hyped than anything else.

A Method To The Madness
They will usually release the Carrera S, Carrera 4S, and any other neat little versions they offer. Then comes the GTSs and the Turbos, and then finally we get the GT2 and GT3 variants. In our current case of the 992 car, Porsche has launched the Carreras and the special “Belgian Legend Edition” in honor of the legendary Jackie Ickx.

Now we are in the patiently waiting stage. The GTS has been seen in actual paint colors now and we are expecting it to show up very soon. That means that the Turbo cars are on deck. The previous 911 Turbo and Turbo S were shockingly powerful, packing big turbos and putting out 540 and 580 horsepower. This year they get bigger, better, and faster.

What’s New, Turbo?
Recent rumors have surfaced about these two forced induction monsters making behemoth numbers at the crank due to, you guessed it, bigger turbos! The latest numbers are being averaged out at around 570-580 for the regular Turbo and anywhere from 620-640 chest crushing horsepower for the Turbo S. All-wheel drive is to be expected in Porsche’s Turbo Models for the past several years, and now we can expect even crazier stuff to show up. 8-speed dual clutch gearbox which is new from the old 7-speed, rear-wheel steering, and new differential programming.

What The People Want
At Geneva, the Porsche booth should have the Turbo brothers on display for our eyes to feast on. But, we’re still hungry for that cheeky little GT3 and GT2 that we know Porsche is testing everyday. We know that the GT3 is most likely ready to be released from the clever Porsche Superbowl ad with the GT3 in the background, but we are still in the dark with any GT2 news. It’s coming, but we won’t know until the time comes.

Finally, for Geneva, we may see plans for a hybrid 911 Porsche. This is not confirmed to be a concept yet but Porsche has said that the plans that are in store will play out to become the “most high-performance” and capable 911 to date. Purists will be angered, and to be completely honest it is kind of sad to see the 911 morph into the new age and away from internal combustion-only cars. However, you can’t stop progress, and if the Porsche guys are excited, maybe we should give it a chance.

Also, read my next story in which I discuss Porsche's exclusive all new exterior packages for the 911, and let me know there if they are worth the cost, please.

DeanMcManis wrote on February 18, 2020 - 12:10am Permalink
Porsche has historically been great at steadily improving the 911 year over year. And their lower 911s are now quicker than the 911 Turbo was a few years ago. But then again the regular 911s have turbos now too, so it's no surprise that they are so quick today. I understand that some Porsche purists will always fight changes, but Porsche has a strong history with Hybrid models, even in racing. It was 10 years ago when Porsche first came out with their GT3 R Hybrid. The hybrid design at that time used a flywheel to store the energy and two 101HP electric motors driving the two front wheels. But the car showed off how well hybrid technology could help in racing because rather than burning up red hot disc brakes, much of the deceleration energy normally lost in heat could be directly converted into electricity, which saved the brakes, and also the added electric power could then be used to provide a boost in acceleration as needed. The results were often showing the fastest lap times, and also about 1/3rd less pit stops for the GT3 R Hybrid. In 2011 Porsche showed off their 919 Hybrid (using lithium Ion batteries) which provided Porsche's overall victory in 2014 with the first endurance prototype motor racing win since 1989, and they also won the World Endurance Drivers' Championship in 2015. While this was going on in the racing world, Porsche came out with one of their most amazing hybrid supercars ever, the Porsche 918 Spyder in 2013-2015, which still holds many track lap records including setting a record in 2013 with a Nürburgring lap time of 6:57 on the 20.6 km (12.8 mi) road course, beating the previous record by 14 seconds, and making it the first series production street-legal car to break the 7-minute barrier. A trio of super-fast hypercars came out with hybrid drivetrains around that time, from the Ferrari La Ferrari, to the McLaren P1, to the 918 Spyder. In Car and Driver's independent test of the Porsche 918 they achieved 0-60 mph (97 km/h) in 2.2 seconds, 0-100 mph (161 km/h) in 4.9 seconds, 0-180 mph (290 km/h) in 17.5 seconds, and the quarter mile in 9.8 seconds. Currently, Porsche's new electric Taycan Turbo S has the quickest 0-60 time in their model lineup. So hearing that the 911 is getting a hybrid model is only good news to me. Sure, it will provide better fuel economy, but you know that Porsche will mostly use the hybrid drivetrain in the 911 to become a better performance car.
Max wrote on February 18, 2020 - 12:56pm Permalink
That’s a very interesting point. I had always appreciated those “early” hybrid cars from Porsche and I think they can only go up from here.