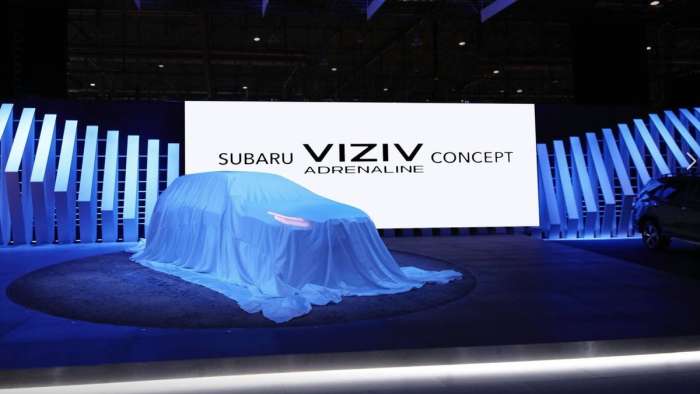 Here is a Geneva Motor Show preview of where Subaru Corp is headed in the future. Subaru is going electric.
Advertisement

What’s in store for Subaru customers in the near future? Subaru is going electric and it all starts in Europe where Subaru Corporation will unveil two new all-wheel-drive electrified models to show the world what customers can expect from the Japanese automaker soon. Subaru Europe announced the two new electrified models will be unveiled to the public at the 89th Geneva International Motor Show that runs from March 7-17.

Subaru will use the “e-Boxer” badge on both new models like the Japan-spec Forester and Crosstrek e-Boxer models recently launched in Japan. The new launches will be the Japanese automaker’s first electrified cars in the European market and will most likely be two current models in their all-wheel-drive lineup. We speculate it could be a Levorg sports tourer, (not sold in the U.S.) e-Boxer hybrid and a new 2020 Forester small SUV hybrid. These are popular models in Europe and it would give the brand traction into the electric car market.

Subaru is mum about what the vehicle is about other than it teased the VIZIV (Vision for Innovation) Adrenaline Concept two weeks ago ahead of its reveal. From the image released by Subaru, it doesn’t have a hood scoop, so it’s likely not a performance car. It looks to us like it’s possibly a new all-wheel-drive hatch with 8.7-inches of ground clearance. It’s pictured in a high mountain setting telling us it’s all about off-road adventure. 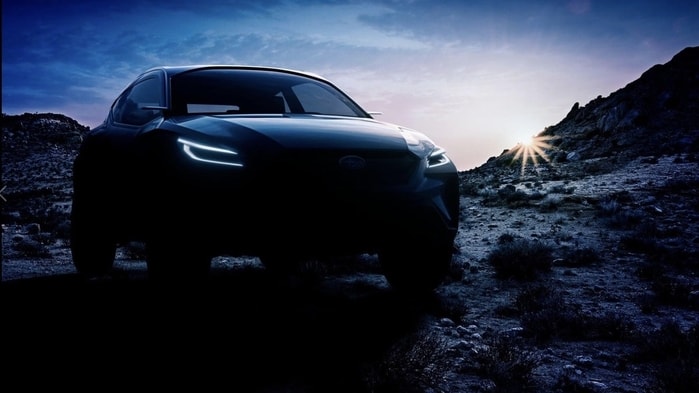 Subaru Corporation filed a U.S. trademark patent for use of the name “Evoltis” back in April 2018. The name could be used on Subaru’s new EV set to hit the market sometime in 2021. Is the VIZIV Adrenaline Concept a preview of the brand’s new EV?

The Japanese automaker will also display the latest iteration of the Levorg featuring a redesigned front hood and newly equipped with a 2.0-liter Boxer engine. The Subaru VIZIV Adrenaline Concept and two new European-spec e-Boxer all-wheel-drive models will be unveiled at the press briefing scheduled for 10:45 AM (Central European Time) on Tuesday, March 5 at the Subaru booth. Is this a preview of Subaru's new all-electric all-wheel-drive model? Stay tuned.