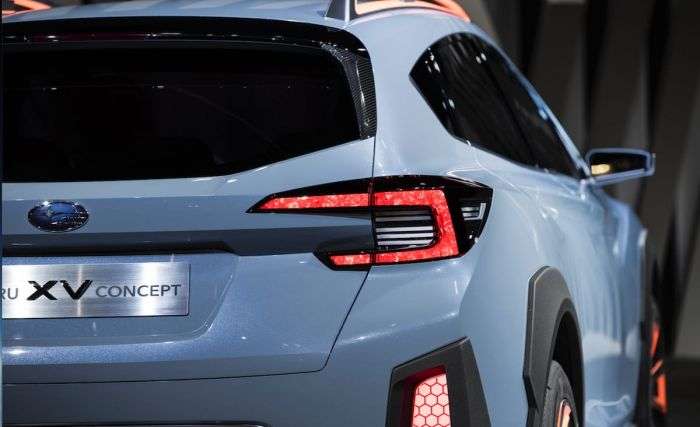 Subaru Corp has filed for the trademark name “Evoltis”. Is this Subaru’s new fuel-sipping EV?
Advertisement

According to reports by Car and Driver, Subaru Corporation filed a U.S. trademark patent for use of the name “Evoltis” under code 1B, which means “intent to use.” The name could be used on Subaru’s new EV set to hit the market sometime in 2021.

Subaru is launching a new plug-in-hybrid model at the end of this year as a 2019 model. The new PHEV all-wheel-drive vehicle will be built on an existing Subaru model’s platform that has yet to be announced. The new model is coming from Japan, so it’s likely to be built on the Crosstrek platform. We do know, it’s not a Forester model.

Subaru could use the new Evoltis nameplate on an all-new EV model, or Subaru may decide to use it on any existing nameplate that gets plug-in hybrid technology or all-electric hardware like a Crosstrek Evoltis, Impreza Evoltis, or Outback Evoltis. Subaru would not confirm any new model or nameplate, but they have confirmed a new plug-in hybrid is coming using an existing nameplate already in the Subaru stable of vehicles.

Subaru chief technical officer, Takeshi Tachimori says, Subaru’s plug-in hybrid will pull largely from the Toyota Prius Prime's system. Subaru will launch a new hybrid model in the U.S. later this year and is using Toyota technology to do it. ”For our plug-in hybrid to be introduced this year, we have used Toyota's technologies as much as possible," Tachimori said.

Subaru doesn’t have an all-electric or hybrid model in their lineup since they discontinued the Crosstrek hybrid in 2016. Subaru Corp will use their own Subaru boxer engine, rather than the Prius Prime's transversely mounted Toyota powerplant. The Boxer engine is one of Subaru’s core values they aren’t willing to change. The new PHEV will also come with all-wheel-drive.

Subaru's new plug-in hybrid all-wheel-drive vehicle coming this year will be sold only in the U.S. to comply with California's zero-emission vehicle regulations. Subaru has a new name “Evoltis” set aside for some new model in the future, but has not confirmed what it will be. Stay tuned.