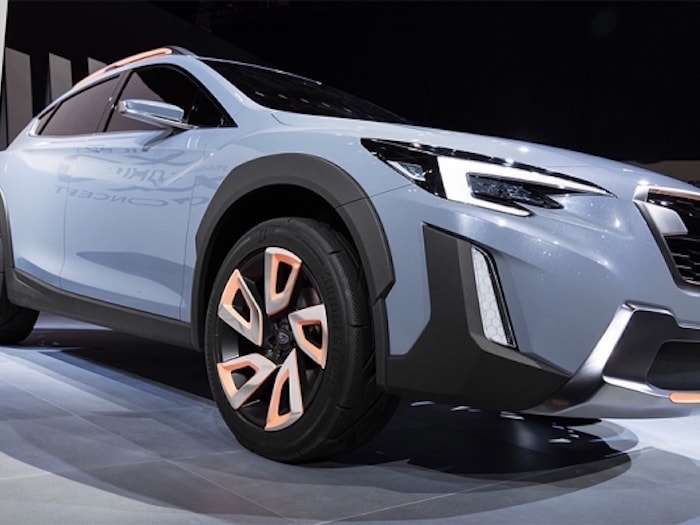 Subaru is developing an all-new plug-in hybrid all-wheel-drive vehicle with the help of a few friends. What will it have in common with the Toyota Prius Prime?
Advertisement

Subaru is one of the smallest global automakers, and to develop new plug-in hybrid and all-electric technology, they can’t do it alone. A report from Automotive News says Subaru will join forces with Toyota, Mazda, Suzuki, Daihatsu, and Hino. Subaru is developing a new plug-in-hybrid this year, and an all-electric model that’s supposed to launch in 2021.

The new PHEV all-wheel-drive vehicle will be built on an existing Subaru model’s platform that has yet to be announced. The report says the model is coming from Japan, So we know it’s likely a Crosstrek or Forester model built at the Gunma factory in Japan.

Subaru chief technical officer, Takeshi Tachimori says, Subaru’s plug-in hybrid will pull largely from the Toyota Prius Prime's system. Toyota owns 16.5 percent of Subaru, so this would make sense from a business standpoint for both Japanese automakers. Subaru will launch a new hybrid model in the U.S. later this year and is using Toyota technology to do it. ”For our plug-in hybrid to be introduced this year, we have used Toyota's technologies as much as possible," Tachimori said.

Up until now, Subaru doesn’t have an all-electric or hybrid model in their lineup since they discontinued the Crosstrek hybrid in 2016. Tachimori said Subaru's participation with Toyota, Mazda, Suzuki, Daihatsu, and Hino will help streamline their PHEV and EV development. But Subaru is still their own brand and is not copying Toyota 100 percent.

Subaru has their own in-house electrification project, will use the Toyota Prius Prime technology, but will use their own Subaru boxer engine, rather than the Prius Prime's transversely mounted Toyota powerplant. The Boxer engine is one of Subaru’s core values they aren’t willing to change.

Tachimori said Subaru's new plug-in hybrid coming this year, will be sold only in the U.S. to comply with California's zero-emission vehicle regulations. To get an idea of what’s coming from Subaru, we can look at Prius Prime’s efficiency. It gets an EPA-estimated 133 MPGe, 640 miles total driving range and 54 combined mpg. Toyota says it also comes with 25 miles of EV Mode driving range. Prius Prime can be charged with a standard household outlet and charges in less than 5 hours 30 minutes.

What’s next is a plug-in hybrid model build on an existing model in the lineup, likely the new 2018 Subaru Crosstrek or Forester coming late this year. An all-electric model is being developed now and is due out in 2021. Tachimori said Subaru has sent five engineers to work at the venture with their newly-formed auto alliance partnership. Stay tuned.

Josh wrote on February 7, 2018 - 11:39am Permalink
So basically a plug-in CHR? And are they gonna be reliable as Toyotas and low maintenance?
John Goreham wrote on February 7, 2018 - 2:39pm Permalink
I'm thrilled that Subaru is benefitting from Toyota's engineering resources. As a current owner of a Forester and Highlander, please make the next story about how Toyota solves the oil consumption defect for Subaru's 2.5. They fixed it in the Prius.
Denis Flierl wrote on February 26, 2018 - 11:35am Permalink
Toyota owns 16.5 percent of Subaru, but they operate separately. Toyota won't be fixing anything for Subaru John. Thanks for reading!
Fred Hoffman wrote on October 10, 2018 - 10:45am Permalink
If your new car consumes oil, u probably didn't follow break in instructions! Most people don't!