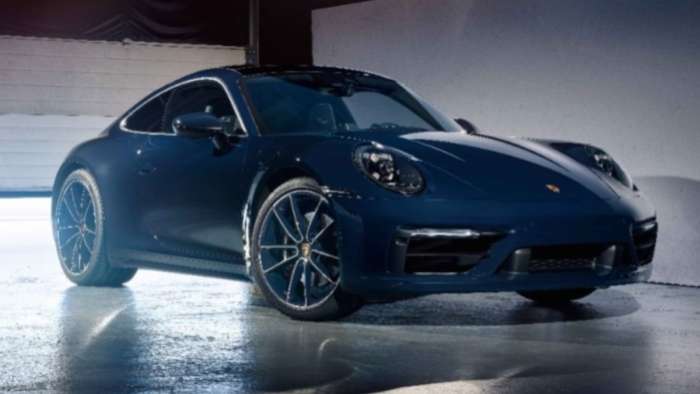 Look No Further, The Latest Special Edition Porsche 911 Is Here

We don't often get special edition Porsches aside from the GT division, and the new 2020 Belgian Legend Edition 911 is the first one of its generation.
Advertisement

The hype surrounding the 992 generation 911 has done nothing but escalate for nearly 2 full years, and with the recent Easter-egg GT3 in the Super Bowl commercial, it is larger than ever. At the beginning of this year Porsche decided to go in a special direction for this 992 and its introduction into the new decade. They have been working with Porsche importer D'ieteren in a joint project to honor the great Jacky Ickx, for being one of Porsche's most successful and valuable drivers from the 70s and 80s as well as his recent 75th birthday.

Who Is Jacky Ickx?

Ickx is an absolute legend. For Porsche, he appeared in the mid 1970s and raced all throughout the 1980’s for the brand in some of their most successful decades. The Belgian won the 24 Hours of Le Mans 6 times, 4 of them being with Porsche. I don’t think that the man with the second most Le Mans wins ever needs any more credibility but he also won the 1979 Can-Am Championship and the Dakar Rally in 1983, he possesses quite the resume to say the least.

D’ieteren; a Belgian company, approached Porsche about designing a package for a 911 that was inspired by Jacky Ickx and his racing legacy. The project was an instant hit with Porsche especially after their Exclusive Manufaktur facilities got a huge boost in funding and expansion. Porsche had all the means and all the creativity to make it happen.

Starting with a 911 Carrera 4S, the team wanted something to emulate that would capture Jacky’s essence as an aesthetic. Jacky’s famous presidential blue and white racing helmet stuck in some of the designers minds and that was that. The Carrera was painted with Porsche’s first ever application of their Paint To Sample on a 992 generation car. The rich, dark “X Blue” paint covers every inch of the body but leaves room for a Belgian Flag badge and Jacky’s signature to be on the drivers-side B-pillar.

Always a key element on any sports car are the wheels. The large, yet lightweight spinners feature the same blue with white trim scheme of Ickx’s helmet, giving this specific package a look like no other Porsche ever built. Even though Porsche Exclusive Manufaktur will be offering more and more options for any new models, this “Belgian Legend Edition” showcases a level of craftsmanship that is offered nowhere else but this special edition Porsche.

Each piece of black leather on the interior is hand stitched together with “X” patterned thread as another little homage to the racing legend. Other unique badging options are offered in this car that aren’t in the normal Carrera 4S like the “911” headrest stitching over the black seats.

Sadly, Jacky’s recent 75th birthday means that Porsche will only offer 75 of these ultra-limited 911s to the public. And by public I mean only the Belgian public. Porsche decided to only sell the Belgian Legend Edition in Belgium which makes sense but will no doubt cause some heartbreak in the U.S.