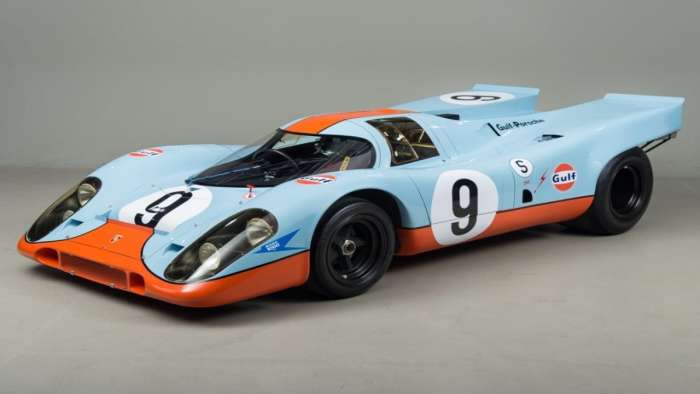 4 Of The Best Looking Porsche Race Cars Of All Time

Porsche has prioritized racing over the years with a determination like no other. Here are some of their legendary designs that car enthusiast have idolized for decades.
Advertisement

Porsche’s racing history began in 1951 and ever since, it has been a point of pride for the company. With the most overall LeMans wins of any manufacturer, Porsche has been racing since the dawn of their existence. Considering these points, it would be unreasonable to exclude Porsches from the 1950s right? Well, that’s exactly what I am going to do. The race cars from the 50’s were gorgeous, however, each company had a similar looking, curvy style that made for a pretty, but sober-looking starting grid.

For this list we will save the really old race cars for another time and focus on Porsche’s greatest looking race car designs.

The 904 made its debut in the 1965 Daytona Continental Race which featured competitors by the titles of Ford GT40, Ferrari 250 GTO, Shelby Daytona Coupe, Jaguar E-Type and several more. Placing 9th overall in that race with no mechanical issues proved a huge feat as most of the field posted DNFs due to mechanical failure.

The 904 was designed by Ferdinand A. “Butzi” Porsche -the grandson of founder, Ferdinand Porsche. It was created as a return to form after a disappointing attempt at Formula One in the early 60’s and it worked. Some accuse the little race car for looking nothing like a Porsche, and while the Italian influence is obviously present, the wheel arches and front end are quintessentially Porsche.

Possibly one of the most ambitious and game-changing designs of all time, the 935 race car was an absolute stunner with the legs to back it up. This spaceship used an early version of Porsche’s twin turbo flat six and was accompanied by a long flowing tail and white race-paint, earning the name “Moby Dick”. The gold-spoke racing wheels, huge wide-body, and slant nose front end are pieces that 911 owners have drooled over for years. The 935 won the 1979 24 Hours of LeMans overall along with Sebring and Daytona of the same year and went on to win 123 of the 370 races it entered. The famous Martini Racing Liveried “Moby Dick” is in Porsche’s safekeeping of course, and has made appearances at a few Porsche museums including the 70th anniversary exhibit 2 years ago.

I imagine that seeing this car in the list may surprise many, but the 959 Dakar Rally car is a time in Porsche’s history that should always be remembered as one of the coolest things they have ever done. The 959 project as a whole was designed to be an off road supercar and that it was. Its first year on the Paris-Dakar stage it won 1st place overall and made everyone look at Porsche’s differently ever since.

The inflated 911 look of the 959 remains unpopular to a large number of enthusiasts, however, they are most likely talking about the road car, because the rally car was wide, lifted, and meaty in all the right ways, solidifying its legendary status. The 959 road cars were based on the 911 and made bigger to accompany the AWD system and bigger suspension components. This made off-road 911s extremely popular and birthed the resurgence of safari Porsches.

It was inevitable, the 917 is our final pick for the list. This car is one of the winningest race cars of all time, sharing its company with the likes of E30 M3, McLaren F1 GTR, and Nissan Skyline GT-R. The 1960’s and 1970’s brought -arguably- some of the greatest and most forward thinking race car designs of all time.

The iconic, deeply angled nose gives the car an aggressive look as the rest of the body is carved out from those subtle body lines near the front, it’s just brilliant. Not to mention the meats that sit underneath this thing. 660 millimeter-wide rear slicks are what keep that flat 12 in contact with the track and are what have kept us looking at this beautiful car for more than 50 years.

Don’t let the numbers next to the car names fool you, this isn’t a ranking. The 4 cars featured here are all cars that have stood the test of time, just like so many other Porsche race cars have done. With more room, the list would likely see a 911 GT1, an earlier 356 race car, and more but like all opinions on design, they are subjective. Is your favorite on this list?

See you in my next story where I am discussing why the Porsche 911R was gone.

Tsingshan's Threat to Tesla: EV Maker Is In Battery Crosshairs
Tesla-Funded Research Reveals One of The Biggest Mysteries of EV Battery
END_OF_DOCUMENT_TOKEN_TO_BE_REPLACED