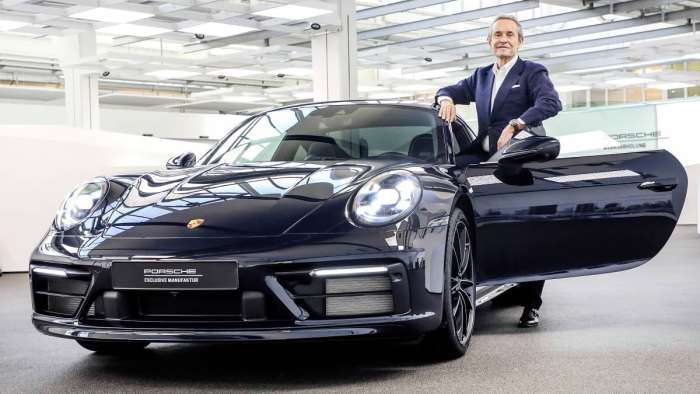 The Porsche 911 Turbo Could Easily Be Your Only Car, Daily Driving A Supercar

If you own a Porsche 911, it is highly likely that you have a second, third, or fourth car in your garage. But daily driving a 911 Turbo has proven to be an achievable prospect, especially compared to the competition.
Advertisement

A lot has been said about daily driving a supercar. People will respect the guy or gal that is brave enough to take a $150,000+ car everywhere they go, but will know in the back of their minds that it would be much easier to commute to work in a Kia Optima.

The definition of supercar tends to muddy the waters when it comes to drivability. The name Lamborghini, or Ferrari might come to mind after hearing the word “supercar” and it is probably a mid 80’s or 90’s example that would be really valuable today. But those are all worth millions now, and nobody wants to deal with the ergonomic nightmares of driving that everyday.

Despite these stereotypes -and to many people’s surprise- the supercars of today are generally very comfortable to spend time in, and the Porsche 911 may be the most comfortable of them all.

The 911 Turbo and Turbo S have been the poster-boys for the brand since the first one in 1975, and now the newest ones are facing off with the boys in Italy. Though stiffer, and faster than the cheaper versions, Porsche has developed certain details in the 911 Turbo to make it usable everyday.

What The 911 Turbo Does Differently Than Other Supercars

Where the engine sits in a car can determine many different things on the inside and outside of a car. The rear engine layout of the 911 gives it a couple advantages. First, the driver and passenger have substantially more leg room and openness as a result of the engine and transmission being behind the back seats. And oh yeah… back seats. The Porsche 911’s back seats have never been very usable for your adult friends, but for a family with small children they can easily work. They double as storage space for bags, groceries, and cargo of all sorts. An Aventador SVJ, Ferrari 488, Ford GT, or Corvette C8 doesn't have any backseat that can do those everyday tasks.

Reliability lies in the fate of the car and in the fault of the owner. Doing the little things like fluids, brakes, and semiannual services lengthen the life of any car, but Porsche as a brand has been towards the top of the reliability list for years. This is the main factor that separates it’s high performance models from the other company’s. Most of the competition in terms of reliability, are not as renowned. Italian cars have their benefits in build quality and design, but reliability has never been equal to the German standard, and the 911 continues that sentiment with every car.

How The Current 991.2 Turbo Fairs In Drivability

The current 911 Turbo is a 540 hp, 7000 rpm, 2.9 second 0-60 machine that has standard 14 way adjustable, heated and cooled seats, additional luggage nets, and countless other options for storing everyday items. In case you wanted to go skiing, you can order a nice leather luggage set and a specially made roof rack to take your 911 through the snow. And for that Sunday drive, order yourself a sliding sunroof to enjoy the breeze. I highly recommend taking a look at the Porsche configurator on their website. The options are so in depth that you will never be able to look at a 911 turbo again without noticing if the turbo aerokit is painted in high gloss black or not. Insane.

It would be hard to believe that Porsche didn’t benchmark the Honda CR-V when offering comfort systems. Other cars in the realm of the 911 Turbo have less cargo space, less options, and less comfort overall. Given, a lot of those competitors are more track focused vehicles. However, performance does not have to come at the expense of comfort, just like a car doesn’t have to be stiff to grip well around a corner. The 911’s interior comfort, along with it’s chassis tuning allow a driver to go about a normal day without the consequences of a traditional supercar.

See you in my next story discussing the Porsche 911 RSR and homologation cars.