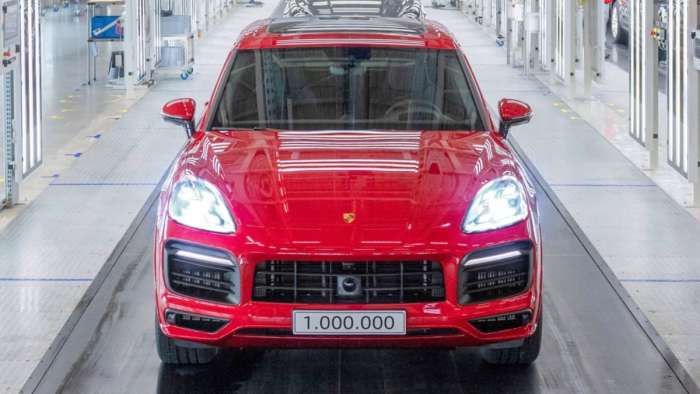 In just under 20 years, the Porsche Cayenne hits a monumental milestone.
Advertisement

What involves a three-legged stool, a huge loss of money, and the word “Colorado?” Evidently, only one thing - the story of the Porsche Cayenne. If our little guessing game didn’t get your attention, then how about the title? One million is the now official number of Porsche Cayennes that have rolled off the line at Porsche Factories.

The Cayenne is a common car to see nowadays. Perhaps one of your friends or family members have one, or maybe you just see a couple on the road every day on the way to work. But 25-30 years ago, seeing a Porsche badge on a public road was like seeing your parents on a non-holiday - very very rare.

The car with the special “1.000.000” license plate you see at the top is a Porsche Cayenne GTS in Carmine Red. The car was built in Porsche’s Bratislava, Slovakia plant of all places and is now ready to be delivered to its German customer. 20 years is a long time for anything to happen but when you consider building one million cars for people who have to buy them with several tens of thousands of dollars, it becomes a rather impressive feat for a high-end company like Porsche. 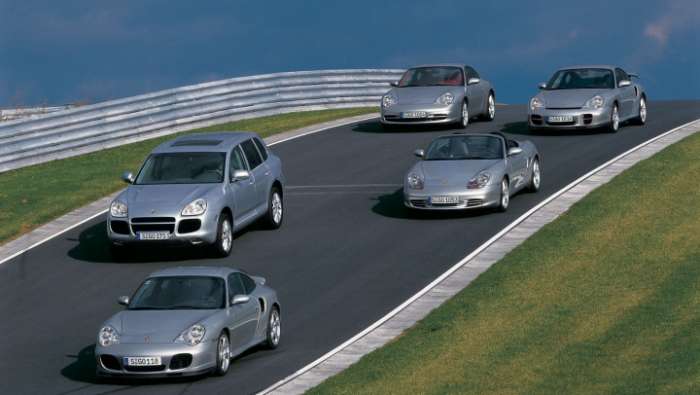 How The Cayenne Was Conceived

Don’t worry there is no love story here, just a lot of money loss that led to a life-saving plan. Starting back in 1986, Porsche found themselves in a monetary rut. They couldn’t sell enough 911s to hit their budget marks and the 924/944/928 wasn’t cutting it either. 5 years later in 1991, they sold just 23,000 units worldwide, which was a mere half of the sales they had done in 86’.

Things didn’t get better, and by 1993 that “huge loss of money” we mentioned became a reality and the company only sold a tick over 14,000 cars. But the Cayenne didn’t come yet, it was the Boxster that, with the help of Japanese car designers, gave Porsche a fresh and cheaper option for customers. Sales more than doubled after the Boxster’s release in 1996 and gave the company some wiggle room to plan the arguably the most important vehicle in the company’s history. The Cayenne.

Porsche had made an entire brand out of small 2-door sports cars that looked fantastic and drove even better, and even after the Boxster’s resounding success, they still only had sports coupes in their lineup. Here’s where the three-legged stool comes into play. The 911 and Boxster had kept the company barely balancing their funds, but a strong third leg was a necessity to making sure the company thrived. They did some “Beatles-In-India” soul searching to realize that the 21st-century automotive industry was not going to prioritize sports cars or even sedans for that matter. Porsche decided that an off-road capable SUV would eventually reign supreme, especially in the capital of leg-room - the United States of America. 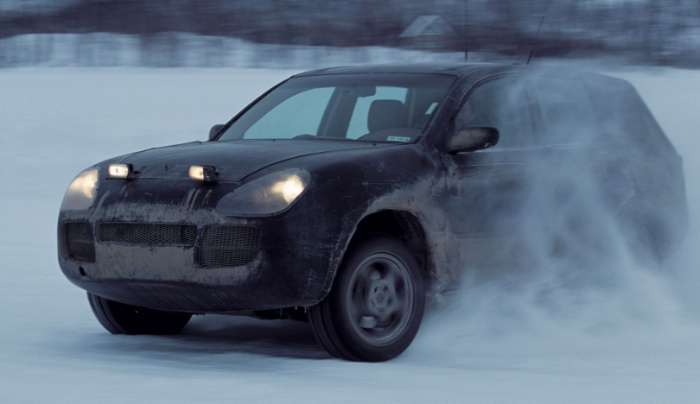 So what does Colorado have to do with any of this? Well, soon after the not-yet-named Cayenne was decided upon, they needed a task force name to begin the operation to save Porsche as a whole. In 1998 and with the help of Volkswagen, the “Colorado Project” was initiated to develop and test a new SUV that could be built and sold by the turn of the century.

By 2002, the vehicular result of the Colorado Project was dubbed the Porsche Cayenne and released to the public. The historic Zuffenhausen factory didn’t have enough resources to produce Porsche’s intended number of units, so they built a second factory in Leipzig.

In Seattle, the MLB team, the Mariners, had played in the “Kingdome” stadium for years and years, until it fell into structural ruin, at the same time they picked up a rookie by the name of Ken Griffey Jr. His playstyle was so mesmerizing that it brought enough revenue to build a new stadium for the Seattle team. The newly built Safeco Field was always known as “the house that Griffey built”. For Porsche, their Leipzig factory is true - the house that the Cayenne built.