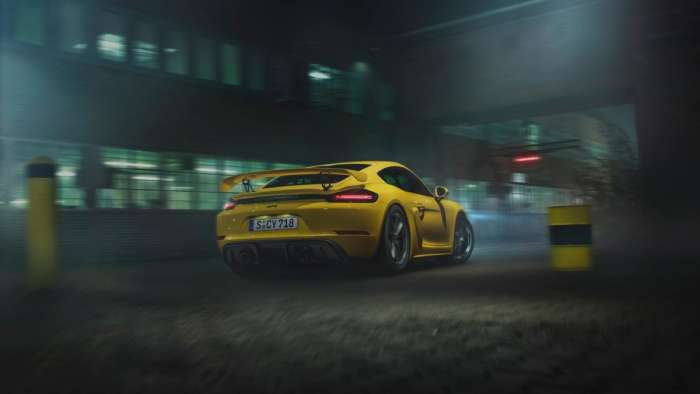 The entry-level bros, Porsche Cayman and Boxster, have been subject to the less-than-911 treatment for a while now, but both the 718 Spyder and GT4 have proven to be fantastic track cars. It seems that Porsche has finally given in.
Advertisement

According to a report done by the British car magazine Evo, these two world-class sports cars are finally getting one of the quickest transmissions in the world, PDK. The report claims that Porsche intends to make both of the mid-engined cars available with the dual-clutch by the end of this year, 2020.

Now before people go off and say, “finally this car will be really good and capable!”, just know that you are about 4 years too late. When the Cayman GT4 came out in 2016 along with the 718 Boxster Spyder they were manual only, and they were already really good. The Cayman GT4, specifically, sold out completely with a stick and proved to be more fun than the automatic 911s. This new transmission option is only a new step in the direction of performance, and maybe even puts the 911 on watch.

The new Cayman 4.0 and Boxster 4.0 will also get the PDK option for the end of 2020. This is exciting for a lot of people who enjoy Porsche’s automatic transmissions and who don’t drive manual cars. It seems Porsche has been going back and forth, “righting” their wrongs, or correcting their controversies so to speak, for the past couple years. Here’s what I mean.

First, they put a fantastic engine in the Cayman GT4 with GT3 front suspension and a stick only, making auto-lovers angry. Then they Put a horrible flat 4 in the Boxster and everyone loses their mind. Now, they are going back to the blueprints, putting the PDK in the Cayman and Boxster, and then setting that sinful flat 4 on fire and putting the 911 GT3 engine in the Cayman. It’s a lot to unpack, but I thought that this pattern of inconsistency applied well to this fresh piece of Cayman/Boxster news.

We are seeing a classic head versus the heart decision. Enthusiasts tend to like manual only cars and they tend to sell out more frequently. The owners are more likely to rave about their special car and sell their friends on one. On the other hand, putting a historically good automatic option in their entry level sports cars will ultimately attract a wider range of drivers.

I have had comments about why older people may not like a manual option if they can’t physically drive stick anymore. This is why Porsche is doing this. To first; cater to a wider audience, and second; to get better performance out of the little brother Porsches. Plus, you can still get both the Boxster Spyder and GT4 with, so everyone can finally be happy.