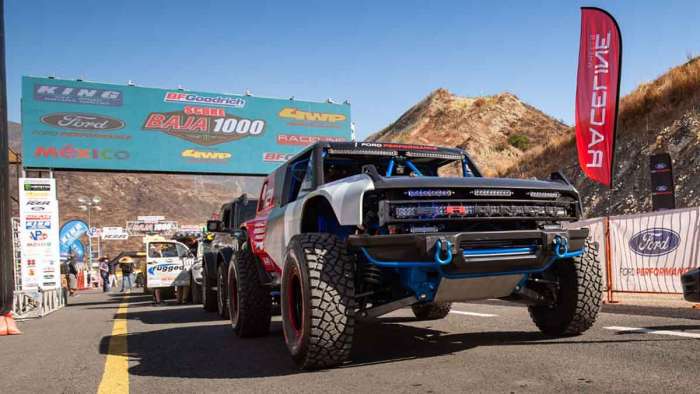 The Mexican desert of Baja is where the Ford Bronco came to secure its legend as an off-road racing beast. Ford is bringing a prototype Bronco back to Baja with the Bronco R race prototype, plus an all-new 2021 Bronco Outer Banks two-door preproduction support vehicle.

Baja champion Cameron Steele and Rebelle Rally winner and seasoned Baja racer Shelby Hall will pilot the Bronco R race prototype, along with a team of veteran Ford off-road racers including Johnny Campbell, Curt LeDuc and Jason Scherer, who will rotate shifts for the 53rd running of the race that begins today and ends late on Saturday.

Shelby Hall and experienced navigator Penny Dale guided the all-new Bronco Sport, on sale later this year, to a win at the prestigious Rebelle Rally just last month. And my colleague Marc Stern reported earlier this year that Ford would be creating the Bronco R prototype to compete in the next Baja race.

With Ford as the official SUV and Truck of SCORE-International Off-Road Racing and official vehicle of the ULTRA4 King of the Hammers off-road competition, the all-new 2021 F-Series Super Duty Tremor and legendary F-150 Raptor will also be supporting the Bronco R race team.

“The Baja 1000 has long been an important proving ground for Ford vehicles, from the original Bronco to F-150 Raptor to the all-new Bronco,” said Mark Rushbrook, global director, Ford Performance motorsports. “Successfully competing here means our customers can have additional confidence that Bronco’s powertrain, chassis and new terrain modes are up to the challenge of one of the most grueling off-road races on the planet.” 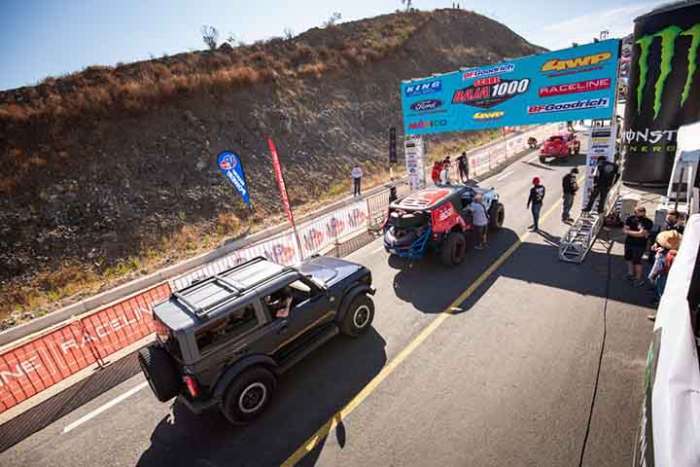 The first all-new 2021 Bronco to visit the Baja 1000 will also be on hand with the Bronco R team – a two-door Outer Banks equipped with the heavy-duty Sasquatch Package featuring long-travel Bilstein position-sensitive shocks with internal end-stop control and 35-inch Goodyear off-road tires. It too has HOSS-tuned suspension for high-speed pitch control and greater driver confidence off-road. 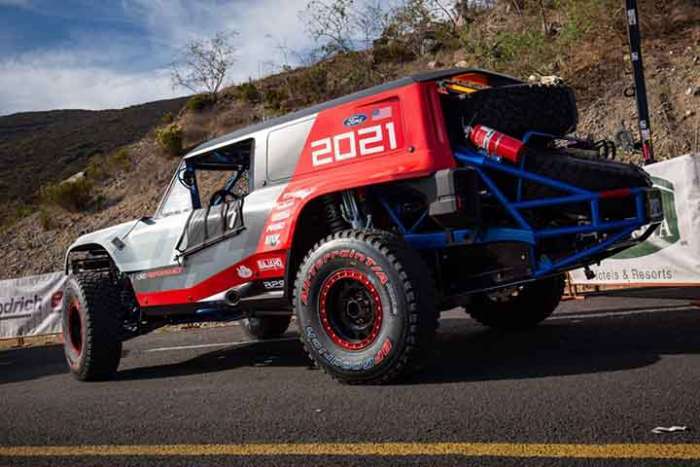 Built Wild Extreme Testing
This year’s Baja 1000 race is a platform for the Bronco brand’s durability and validation process. Modeled after Ford F-Series Built Ford Tough durability testing, Bronco Built Wild Extreme Testing takes toughness even further off-road with real-world testing in the harshest environments including the Rubicon Trail, MOAB and across the unforgiving Johnson Valley desert, home of the King of the Hammers off-road competition.

Final validation testing for the Baja mode offered in the Bronco Terrain Management System with G.O.A.T. Modes will also be performed at the race. It was designed in collaboration with Steele and fellow Bronco off-road racers to optimize throttle responsiveness using anti-lag strategies first employed in the Ford GT to keep the twin turbochargers spooled-up and then mapped a more aggressive shift schedule for maximum engine torque. 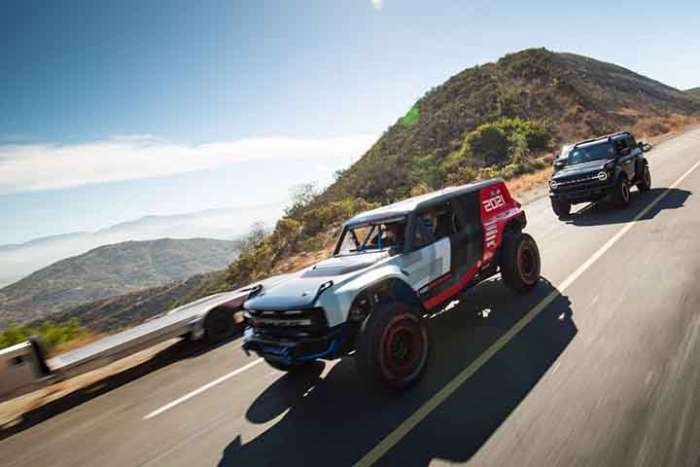 I’ve written a lot about the various Bronco trims like the Outer Banks and of course much has been written about the Sasquatch package, which now is available with the manual transmission on the 2.3-liter engine. It seems buyers are adding the Sasquatch package a lot so that will be a very common sight to see when Broncos hit showrooms and the streets in late Spring of 2021. As I reported, things are currently on track for the launch and release of this off-road legend.

And also, a lot is riding on the success for the Bronco for Ford. Judging by the high interest, I’d say things are looking good for the Blue Oval as the excitement and anticipation for the legendary Bronco, in all three iterations, is palpable.