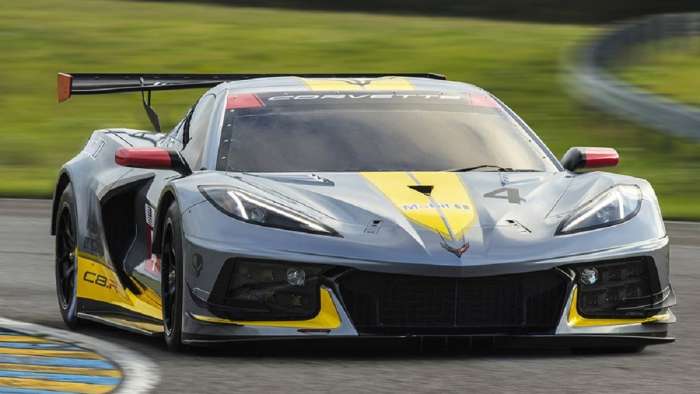 Corvette C8.R Makes Debut at Kennedy Space Center And It Is Gorgeous

GM officially takes the wrap off the all new mid engined Corvette C8.R and it is amazing looking. The new Corvette race car will debut in both silver and yellow at Rolex 24 at Daytona in January.
Advertisement

More than 60 years of racing heritage helped set the stage tonight for the most important debut in Corvette racing history, as Chevy’s first mid engine GTLM race car, the Corvette C8.R, made its debut alongside the 2020 Chevrolet Corvette Stingray convertible at the Kennedy Space Center in Florida. The event tonight was to be for revealing the C8 Corvette convertible but we got a surprise from GM. The C8.R is an amazing looking next generation example of why the Corvette went mid engine. I can only hope that the C8 Corvette Z06 looks as good as this C8.R does.

The technical details on the car have not yet been revealed, but there are a lot of rumors that suggest a 5.5L V8 flat plane crank setup is coming. These same rumors suggest a similar engine for the C8 Corvette Z06 as well, although it is yet to be confirmed by GM, of course. 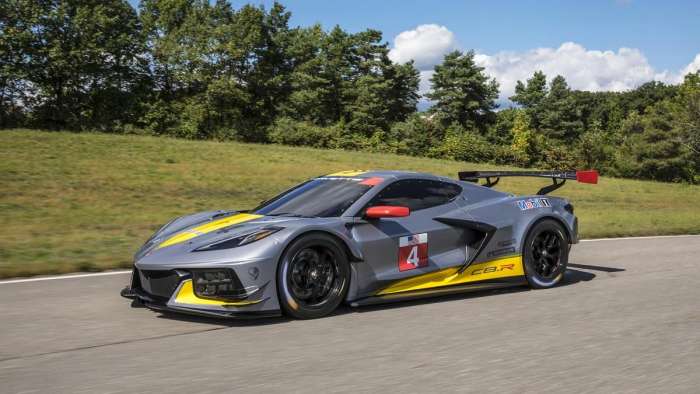 In a move away from its traditional yellow color scheme, C8.R Corvette will feature a mostly silver livery, inspired by the color of iconic Corvette concepts. The C7.R was almost all yellow and actually carried the name "Corvette Racing Yellow" as the color name.

“The C8.R is much more than just a race-tuned version of the 2020 Corvette Stingray. It’s a culmination of many years of testing and development between GM Design, Propulsion, Engineering and the Corvette Racing team,” said Jim Campbell, Chevrolet vice president of Performance and Motorsports. “The collaboration between these teams has allowed us to take these vehicles' performance to the next level, both on the street and the track.”

As stated earlier, the car will make its debut in the 2020 Rolex 24 at Daytona ahead of the full season campaign in the IMSA WeatherTech SportsCar Championship. The C8.R is definitely an interesting look into the C8 Corvettes future and it appears to be a bright one.