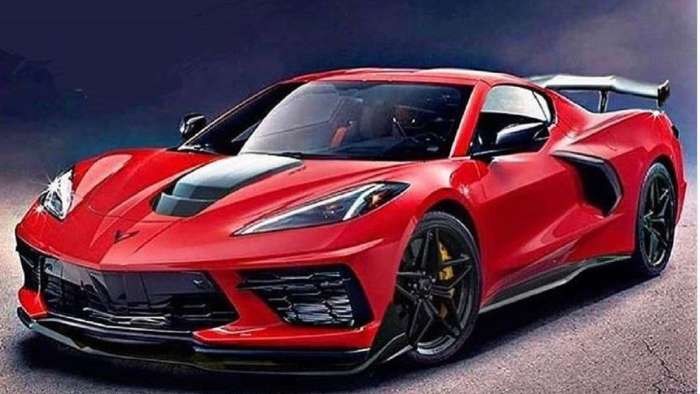 The dust has barely settled on the base 2020 C8 Corvette Stingray, but new leaks have come out and shown the C8 Corvette Z06 will, in fact, be getting a flat-plane crank with a twin-turbo setup.
Advertisement

We've talked a bunch about the C8 Corvette and it seems the dust hasn't even settled on the official reveal of this car yet but we are now getting information about the C8 Corvette Z06 well before it's possible release date. There is a source at GM that is leaking information and has recently talked about the engine that the Z06 will have. "Everyone thinks it will be a small block, but it won't be," said this source inside of GM. "Listen to the race car."

C7.R versus the C8.R Sound Tells Us Everything We Need To Know

If you've ever seen the current C7.R car you know the roar of the pushrod LS7.R engine is basically unmistakable. Then compare to this video of the C8.R testing at night. The C8.R has an entirely different exhaust note, and sounds way more like a flat plane crank. Because flat plane crank engines can handle higher RPM than the pushrod engine can it makes sense in this platform due to the fact that it has been confirmed this engine will in fact be a twin turbo flat plane crank V8 setup.

After discussing it many many times someone always asks why it wouldn't just stay with the supercharger setup the current ZR1 uses and there are a few reasons but the most important ones are: engine height, which would make it harder to fit in the car and it would possibly alter the center of gravity but an even better reason is heat. The supercharger creates a lot of heat and mid engine cars don't necessarily make getting rid of heat any easier than the front engine setup so keeping heat to a minimum is important here. Turbos generate less heat and are more efficient at delivering power without making more problems with cooling.

Chevy has done pretty well with the push rod engines in the other Corvettes but as with anything in life all good things come to an end. This anonymous source from within GM says the Z06 is definitely going to be a flat plane crank and because of that will drive and look like a racecar. This goes back to a previous video I created on YouTube about the C8.R and my thoughts on the Z06 mimicking the look and now maybe even the performance of it.

Pros And Cons Of A Flat Plane Crank Engine

There are a lot of advantages to going with a flat plane crank in this car such as: smaller, lighter weight crankshafts which can spin up faster (meaning quicker downshifts) and better exhaust scavenging which is basically the method of pulling the last exhaust gases out of a cylinder faster using pressure but this improves performance and combustion efficiency which are both extremely crucial in racing and overall track use. 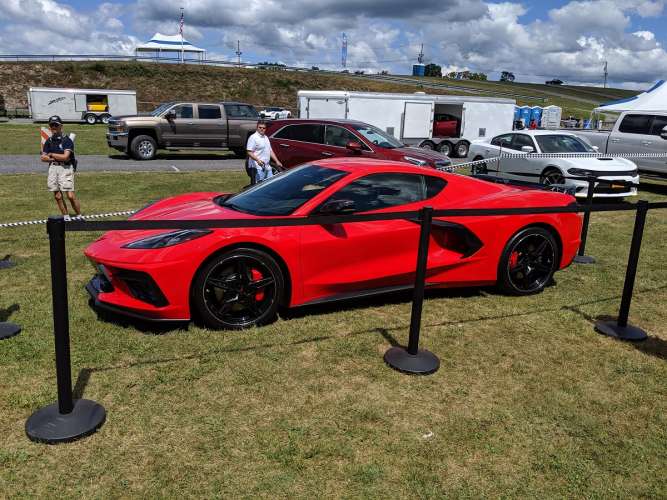 GM has obviously taken all of this into consideration and decided to land on the flat plane crank option so they must have figured out a way to make it all work while being able to offer a warranty and making the power they want it to.

Now after all of this information you are likely asking yourself "how much horsepower will this thing make?" Well, this inside is claiming 800 horsepower. Yes, you read that correctly. 800 horsepower. That's pretty amazing considering the base car with 495 horsepower hits 0-60 in under 3 seconds. The Z06 is likely to improve on this number by at least half a second if not more so we are definitely looking at quite the monster here.

According to Chevrolet, the C8.R race car will be revealed sometime this fall. When it does, the source at GM says to take a good look under the engine cover, because what you see there is what you'll be getting in the next Z06, and it won't have pushrods.

See you in my next story where and I discussing the leaked C8 Corvette's performance numbers and the picture.