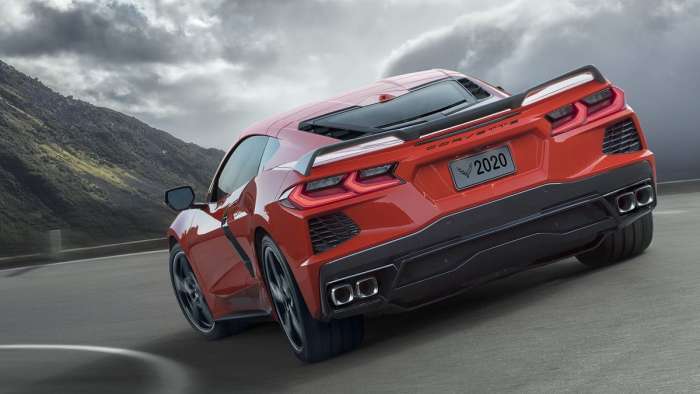 The lastest from GM shows us that the C8 Corvette will hit a top speed of 194 miles per hour but this is in the base, non Z51 car. The Z51 package will lower this top speed down to 184 due to extra drag.
Advertisement

The 2020 C8 Corvette is really shaping up to be a supercar right out of the gate. GM isn't waiting for the performance models of this car to do the work the base model can't. In the past, GM has reserved the insane performance for the Z06 and ZR1 models but with the 8th generation Corvette they are going straight for the definition of performance immediately.

With the announcement of the C8 Corvettes ability to hit 0-60 in less than 3 seconds you know GM isn't messing around. It was recently discussed that the C8 Corvette Stingray is going to have a top speed of 194 mph which is pretty amazing for a "base" car. With the launch of their C7 Corvette ZR1, GM was able to put out an insane car that averaged 212 miles per hour, which again, is absolutely amazing. The ZR1 has always been known for its insane performance, though, so a top speed of over 200 mph was expected however, a base model C8 Corvette coming this close to 200 wasn't really as expected.

This, Of Course, Comes With A Caveat.

The base model 2020 C8 Corvette is not likely to be the car that many people buy. Most people who can afford the new Corvette are likely to check a few boxes and one of those boxes is likely to be the Z51 option. This performance option will cost you an additional $5,000 and it gives you a few performance upgrades such as: a performance exhaust, performance suspension, electronic limited-slip differential, bigger brakes and rotors, Michelin Pilot Sport 4S tires, enhanced cooling and new front brake cooling inlets. This is likely to be a highly requested feature due to it basically making the car more "track ready".

With all of that said, the Z51 package actually limits the top speed. Now you may be asking yourself "well why does the track package option limit something as important as top speed?" The answer is, drag. The Z51 package includes a front splitter and rear wing that together deliver 400 lbs of downforce. This is huge to improve handling and this will drop the top speed of the Z51 equipped car to 184 mph, but that’s still more than enough for street use and pretty much any track in your area. 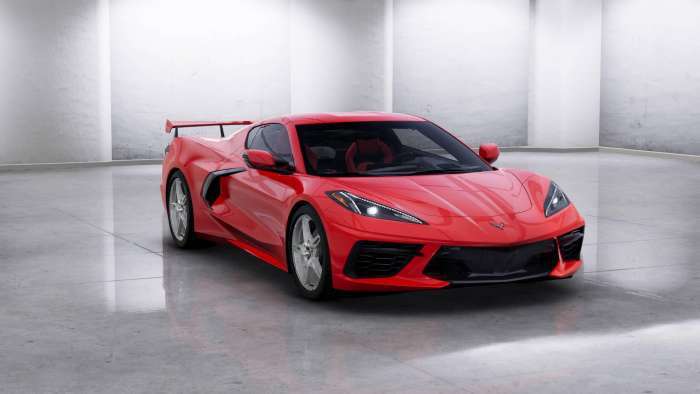 Does This Matter For You?

Probably not. The spoiler and front lip kit that the Z51 package gives you on the car is great for creating down force to keep the car planted on the track but the problem is it also creates drag which holds the car back at high speeds which is unfortunate but to most it won't be a huge deal since it is "only" 10 mph difference and the downforce that the extra aero creates is typically more useful than worrying about a slight reduction in top speed.

Also watch The 2020 C8 Corvette pricing has officially leaked from GM. Check it all out first right here, as well as Click To Subscribe Torque News Youtube Channel for Daily News on Automotive Industry.

DeanMcManis wrote on August 18, 2019 - 12:31pm Permalink
For me top speed is the most overrated capability of any performance car. Mostly it is just a bragging specification because there are so few places to drive that fast, and even fewer safely or legally. Most of the top supercar manufacturers have capped their car's top speed, or geared them so that their cars would have more useful performance instead of a higher speed. Quick is SO much better than fast. So I see the Z51 trade off of superior track performance over 10MPH at the top end (that most owners will never see) a great option.
Justin Nohe wrote on August 20, 2019 - 2:01pm Permalink
You're absolutely correct. Quick is definitely better than fast unless you live on a closed road straight away.
John Jordan wrote on April 14, 2020 - 3:39pm Permalink
I share your interest and joy in all things Motor Sports especially the corvette. I have a 1996 small block roadster and had a 2006 Corvette Coupe Z-51 which I put a 187,000 miles on before letting it go. It was a factory ordered car therefore came just the way I wanted it. That said, I left it just as the way it arrived from the factory with exception of changing tire combinations.I drove this all four season in California and Nevada. Technically the car reasonable relieable with the exception of the fuel gauge reader cards. This was a problem from 50K to 125K miles. I had to fight GM all the way to the top of the co operate chain to get GM to correct this product failure. Looking at the C8 version of the Corvette, I am carefully looking at the product reliability with respect to C8 respect to cost per mile to enjoy this new model. "Terminal Velocity" between one model of car is for the most part a "Bragging" number. Real world car sports car drivers usual drive within a performance envelop of "0 to 60 MPH" times with on road experiences usually under 130MPH. cruising is usually 70 to 85MPH. Braking and handling characteristics are far more important in accident avoidance and maneuvering away from other aggravating drivers on streets and roads. Early on Z-51 experience on the interstate this guy in a new model pickup just kept playing games cutting me off, buzz passes, you know the type. I did finally blew his doors off in a safe stretch by simply running his vehicle up to the governed speed limit then punching it until I longer saw him my rear view mirrors. Point I want to make that I could have done the same thing in my "66" Corvette because of it's 3:08 rear diff gears.I appreciate what the C8 brings in modern trim but lets not forget in 1963 GM motors through the CEV II built a two seater proto-type sportscar which serves as the basis for the Jim Hall & Bruce McLaran Can-Am 2 seater race cars: rear mi-engine powered by Chevrolet V8 engines of all displacements.