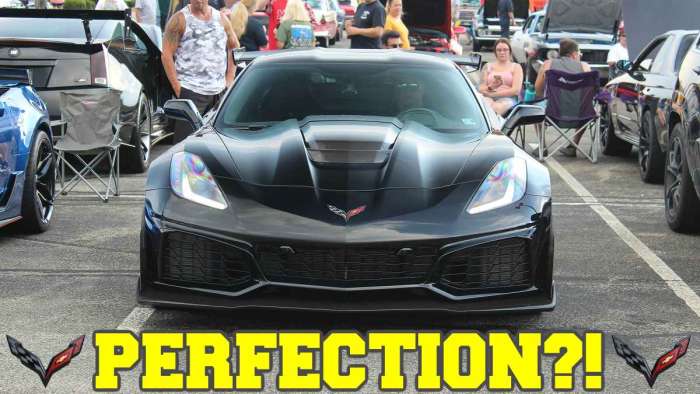 With the 2020 C8 Corvette on the horizon, I wanted to take a minute to really talk about the masterpiece that is the C7 Corvette ZR1.
Advertisement

The all new 2020 C8 Corvette is coming very soon and with it comes a slew of Corvette updates that we are all anxious to see and experience. With all of the excitement surrounding the looming release of the C8 Corvette, let us not forget the insanity that was the C7 Corvette ZR1. The C8 Corvette has some pretty insane performance specs of it's own but as mentioned on the stage during the July 18th reveal, the C8 Corvette performance does not yet match the raw insane numbers that the C7 ZR1 was capable of.

When Chevrolet first designed the C7 Corvette I doubt even they had any idea how absolutely beast like the final send off to the C7 platform was going to be. I honestly don't believe GM ever intended on making a ZR1 for the C7 generation initially, and had full intentions of the Z06 being the "top dog." After the initial launch of the C7 Corvette Stingray in 2014 the next jump was to the Z06 which was announced for the following year. In 2015 the C7 Z06 became a reality and was immediately hit with massive praise, until it was noted that the car was plagued with cooling issues on the track. While most people would never have this issue, there was almost nothing else discussed online, in magazines, and review videos. This definitely put a hurting on the sales numbers for the Z06 and GM was determined to fix it. In 2017 General Motors released a slight update to the Z06 that was supposed to help with the cooling issues many were experiencing on the track. Unfortunately, it didn't fix the issue 100%.

The manual transmission cars had a fix in place but the automatics were still experiencing the overheating issue. This is where I think GM decided they needed a better fix for this issue and in order to do so, it was going to have to be a more radical attempt than the 2017 update. What they needed was a more wide open front bumper that could house additional radiators to keep the car cool. GM quickly realized that opening up the front bumper and adding 4 additional coolers was not just going to keep the car cool, but it was going to give them the option for adding even more horsepower to the C7 power plant and giving birth to the ZR1. 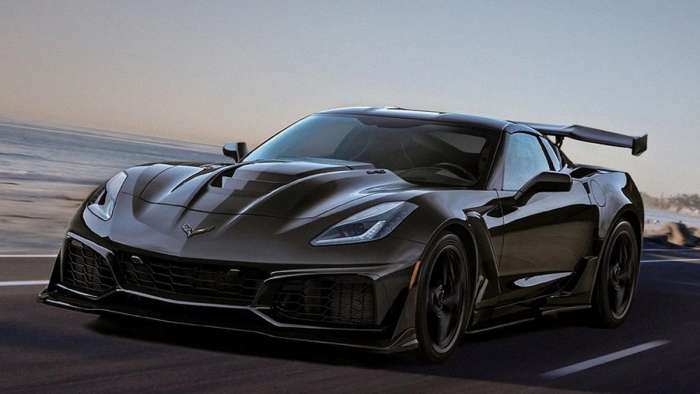 GM's total fix for the C7 Z06 overheating issue was to create a car with even more horsepower, even more insane aerodynamic options, and 4 additional radiators to keep it all cool whether you had the manual or automatic offering. As I stated earlier, I don't believe this was the original plan for GM, especially since in the past the Z06 was never supercharged and in the 7th generation Corvette it was, theoretically to hit horsepower numbers consistent with or better than the C6 ZR1. Whether it was intended or not, the C7 Corvette ZR1 that GM had created was an absolutely powerful car. The car debuted with 755 horsepower and 715 torque which was a 105 horsepower bump over the already crazy 650 horsepower that the C7 Z06 offered. Now the C7 Corvette was offered in a high horsepower package with proven track performance and no overheating issues.

GM didn't stop there, they wanted to create the most track proficient Corvette to date so on top of 755 horsepower that was adequately cooled, they also added an option for a huge wing on the back that added 1,000 pounds of downforce at speed. This not only kept the car extremely planted in track situations, but it also looked cool. As of now the 2020 C8 Corvette is unable to match the performance of the C7 Corvette ZR1 but something tells me GM has more up their sleeve with the mid engine platform of the C8 Corvette. I can't wait to see what the future holds for this car.

Also watch The many things I love about my 2019 Chevrolet Corvette ZR1, and MORE, as well as Click To Subscribe Torque News Youtube Channel for Daily News on Automotive Industry.

Barely Streetable wrote on September 30, 2019 - 9:46am Permalink
Really? The quicker choice (slushbox auto) transmission that “has no business in a performance car”, an extra 100lbs of cooling in the nose, hence increased deck height makes it ineligible for sale in Europe and routinely pulled by, and laps slower than cars with over 100hp less? Nevermind the VIR time, during 24hrs of attempts. Porsche beat it with a 520hp 3RS at Road Atlanta.
DeanMcManis wrote on September 30, 2019 - 3:05pm Permalink
I think that with cars that are this extreme, passion rules over practicality. The C7 Z06 already has more power than any reasonable person would want on the street, and the ZR1 goes to 11, which is both unnecessary and totally great! Even when the C8 Z06/Zora comes out, and out performs the amazing C7 ZR-1 in a couple years time, the ZR-1 will still stand as a high water mark in Corvette history. The hard part as someone who has always loved Corvettes is that (like the Ford GT) they were too pricey for regular car enthusiasts like me to buy when they came out, and they were built in limited numbers and instantly sought by collectors, so that they will probably stay pricey even after faster Corvettes come out in the future.
Justin Nohe wrote on October 1, 2019 - 1:54pm Permalink
I absolutely 100% agree. The only thing I don't like about new Corvettes is the price. Like you said it keeps getting higher but it kind of has to in order to compete with the other supercars out there.

Tesla-Funded Research Reveals One of The Biggest Mysteries of EV Battery
Tesla Tesla Buyer Nets a Whopping $12,000 Discount After Asking for Reduction
END_OF_DOCUMENT_TOKEN_TO_BE_REPLACED