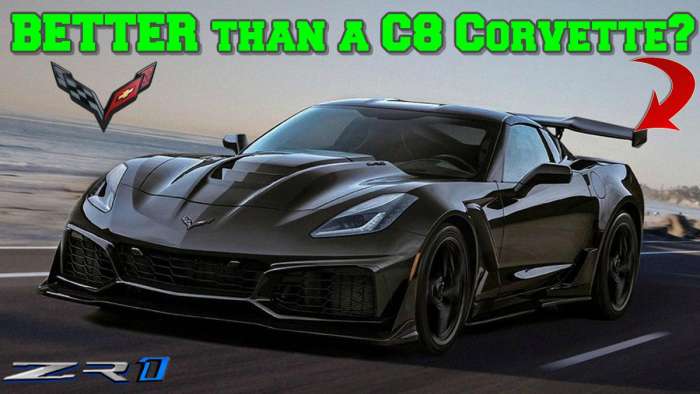 The 2020 C8 Corvette is a highly anticipated successor to the almost perfect C7 Corvette but it isn't all an improvement over the previous generation and here's why.
Advertisement

If you are following my news updates here or on Youtube about the 2020 C8 Corvette, you know I am very excited for it. The new Corvette is going to break records left and right and has already been breaking some pre-order sales records. I'm a huge fan of Corvette and while I am very excited to see the new engine layout in action, I can't help but see some shortcomings compared to the previous generation. 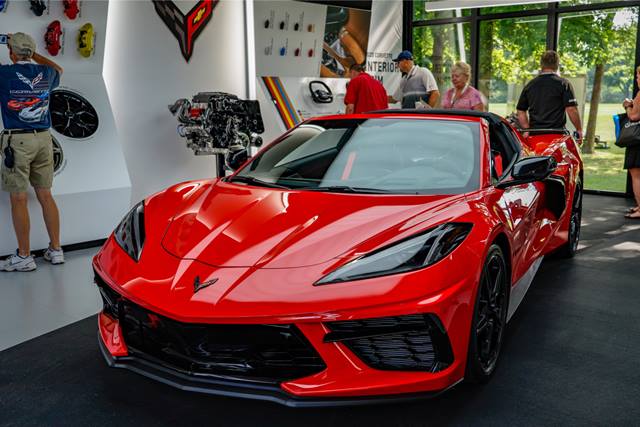 Just to recap all of the information we've gotten officially from GM since the July 18th reveal, the new Corvette will obviously be a mid-engine layout with the very "Corvette" like 6.2 litre V8. The new mid-engine layout will offer benefits to weight distribution for better launching and overall handling. The new Corvette will come with a dual clutch transmission for lightening fast shifts that GM claims will happen in under 100ms. GM stunned everyone when they told the world the 0-60 time would happen in under 3 seconds and that the price would start at under 60k.

The fact that GM was able to hit 0-60 in under 3 seconds in a car with 495 horsepower is mind blowing for most people. There are cars out there with much more horsepower that can't hit the 60mph mark that fast so it would appear that Chevrolet is making all the right moves with this new Corvette.

This is obviously quite fantastic for any automotive enthusiast out there, but it really takes being a Corvette enthusiast to another level as well. As anyone well versed in the Corvette history knows, the Corvette was looking to go mid-engine for quite some time and Chevrolet finally did it with the 8th generation build. 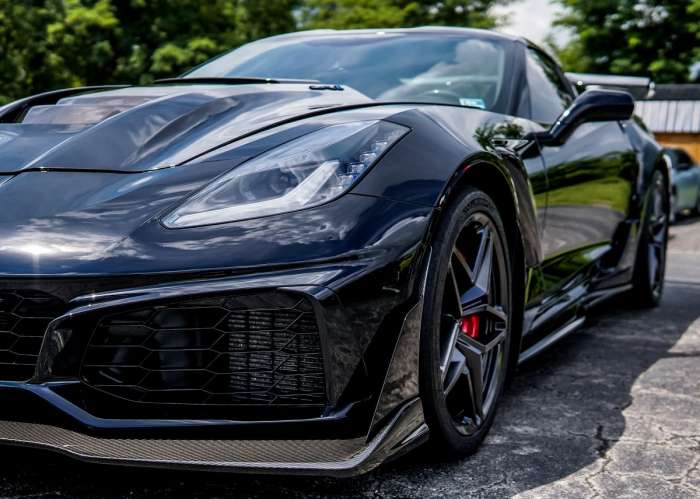 The C8 Corvette is bringing a lot of new customers over to the Corvette brand so we are going to discuss all of the C7 Corvette ZR1 performance specs as well since some of you may not be familiar with the car. The C7 Corvette lineup is quite strong with it's real only shortcoming (if there is one) being that it's not mid-engine. The 2019 ZR1 has a mind blowing 755hp and more use of carbon fiber than any other Corvette in history has had.

However, the craziness doesn't end there. The ZR1 also managed to pack 4 additional coolers into the front end to keep those 755 horses cool, massive carbon ceramic rotors as standard, and it took aerodynamics to a whole new level with a ZTK package that added a huge wing on the back to increase downforce to 1,000 pounds.

The best part of the C7 ZR1 is that it is available in a manual or an automatic. This is the big selling point for me and many others. The manual ZR1 is said to increase in value due to it being the last of the manual Corvettes. This is the highest horsepower, front engine Corvette with a removable roof or convertible option with the option of having an automatic or manual transmission. It is safe to say that with this car you can have your cake and eat it, too.

In summary, the ZR1 is quite a different car from the base 2020 C8 Corvette but that's to be expected on some level. GM typically releases the new Corvettes in the same fashion with the base model of the new generation never exceeding the performance of the previous generations top dog (ZR1) model and the C8 Corvette is no exception to this rule. While the performance of the C8 Corvette is quite good for a "base" model it still isn't able to match the ZR1 in terms of raw horsepower nor options. This, of course, isn't to say that the C7 Corvette ZR1 was without any flaws. I discuss them in great detail in the video linked at the end of this article.

The C7 ZR1 has an option that Tadge himself has said that the C8 Corvette will not get and that is of course, the manual transmission. This alone is what sets the C8 Corvette apart from the C7 Corvette, specifically the ZR1. While the manual transmission was an option throughout the C7 Corvette lineup, it really hits home when you think about the highest horsepower Corvette ever built having a 7 speed option. With the strike still being active at GM, you can get a C7 Corvette ZR1 now without any waiting.

Vic wrote on September 26, 2019 - 10:28am Permalink
Compare the base C8 to the near end of life, absolute top level C7? And your argument boils down to "the ZR1 has a manual transmission."
DeanMcManis wrote on September 26, 2019 - 11:40am Permalink
I suppose being that you hear from so many different groups of people who don't know any better, some people always see NEW as being the BEST. It is easy to see that the new C8 Corvette has become a new automotive benchmark in terms of performance VALUE. But that doesn't automatically make it better than the king-of-the-hill ZR-1 Corvette, which is likely the best Corvette ever built so far. But shooting for engineering the best performance car had made the C7 ZR-1 a $130K+ car. And that price is still a relatively great value compared to the tiny group of high performance cars that can match the ZR-1's balanced performance. Still, the C7 ZR-1 is a monster, but in the best sense. I was a Corvette owner, and I was skeptical about the C8 Corvette. The C7 Corvette was the result of years of driving and racing Corvettes, and Chevy took a big risk stepping out of their comfort zone to re-engineer the Corvette, and then to stay true to the Corvette's purpose of providing a well rounded high performance car that real people can afford (even if it's still not cheap) and dream about owning. Chevy could have built a car that looked like European supercars but just provided a middling driving experience, re-purposing old technology. They could have easily limited production to drive prices up, and tacked on an extra $20K-40K, and still had buyers waiting in line to own the new Corvette. But the new Corvette is the best example of GM engineering a better car, keeping the price down, and trusting that the buyers are smart enough to see the difference, and the great value provided. And even though the C7 ZR-1 is still king, the amazing performance offered in the base $60K+ Stingray shows great promise for the upcoming, more powerful Z06/Zora C8 Corvette models to come.
Robert Kline wrote on April 5, 2021 - 5:38pm Permalink
Hello Justin i am also Corvette nutty and i have both cars 2019 ZR1 and 2020 C8 i want your advice about my ZR1 should i sell my car or hold on to this amazing car i see the value is moving up slightly it is April 2021. Justin i am interested in getting the 2022 ZO6 when they release it (HOW KNOWS) but i will also will buy the 2024 ZR1 i have owned 8 Vetts and think its the best bang for your buck. I have had Lamborghini Porsche and other cars but the Corvette is the great value. Justin i am going to give you my Cell number in case you would like to talk Corvette thanks Bob. 909-286-2726
Robert Kline wrote on May 11, 2021 - 12:54am Permalink
Justin please call me you also have both cars i would like your advise thank you. 909-286-2726

Tesla-Funded Research Reveals One of The Biggest Mysteries of EV Battery
Tesla Tesla Buyer Nets a Whopping $12,000 Discount After Asking for Reduction
END_OF_DOCUMENT_TOKEN_TO_BE_REPLACED