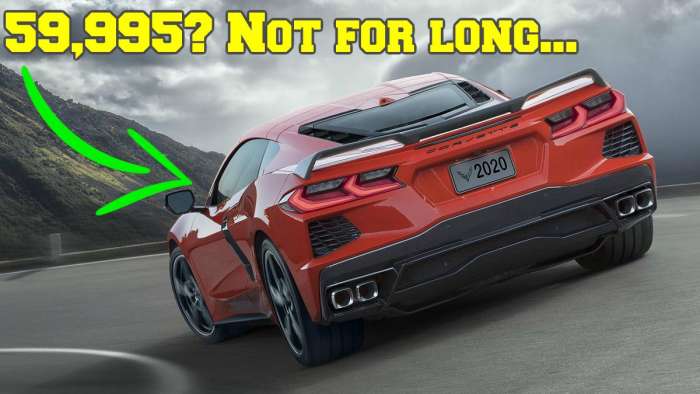 The 2020 C8 Corvette Starts Under Sixty-Thousand Dollars, But Not For Long

It's fair to say that Chevrolet earned a "whoa" moment on the C8 Corvette reveal night when they said the mid engine 2020 Corvette Stingray would cost under $60,000 and then later showed the starting price to be $59,995. The joy of a sub sixty-thousand dollar car may be short lived, though.
Advertisement

The idea of a mid engine Corvette with performance that typically reaches into the hundreds of thousands of dollars for less than sixty-thousand bucks sounds almost too good to be true. That's what a lot of people believed before the car was revealed on July 18th 2019. Almost exactly a month later we now know all of the pricing details and it is definitely not too good to be true, it really is 100% true, for now, anyway.

It's a lot of bang for your buck and without a doubt the cheapest mid engine, dual clutch transmission car you can buy today but it might not be under 60k for long. There are a lot of rumors out there right now suggesting that this car will get a price bump for 2021. How much of a bump?

Of course, it would've been hard to find a C7 Corvette for sticker price at launch anyway, but that's another story and it's one you can bet will very likely repeat with the C8 Corvette so make sure if you want one of these things you put your allocation in at a reputable dealership as soon as possible.

A report from Motor Trend claims that the 59,995 price tag will be for just one model year. For the 2021 model year, the mid engine C8 Corvette will supposedly grow more costly but supposedly the source did not share how much the price will change. Looking back at the C7 Corvette and it's history of price increases, it really does not seem far-fetched to see something like this happening with the C8 Corvette as well. 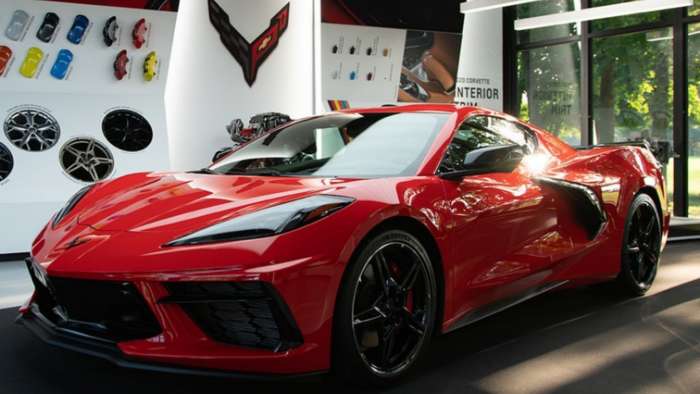 This isn't anything new, though. GM typically raises their prices each year and for a car that is likely to be insanely popular it's definitely going to get a price bump. All this means for you is that if you want a C8 Corvette you better jump on it quick so you can get one for as cheap as possible.

Why Does Chevrolet Increase The Price Of Their Cars Yearly?

Chevrolet typically increases the price to keep up with inflation but that's not necessarily the whole story. Just like with the C7 Corvette the prices for the C8 Corvette will rise yearly but how much they rise is determined not just by inflation, but also how well the car is selling. The better it sells the higher GM may decide to increase the price. They also add new features throughout the cars run to sweeten the deal a little bit but at the end of the day, purchasing a C8 Corvette right now is the way you save the most money on it.

Also watch 5 features that make the 2020 C8 Corvette better than those other supercars. Amazing, as well as Click To Subscribe Torque News Youtube Channel for Daily News on Automotive Industry.

See you in my next story titled: The C8 Corvette Z06 is Getting a Flat Plane Crank Twin Turbo V8 Engine.

Tsingshan's Threat to Tesla: EV Maker Is In Battery Crosshairs
Tesla-Funded Research Reveals One of The Biggest Mysteries of EV Battery
END_OF_DOCUMENT_TOKEN_TO_BE_REPLACED