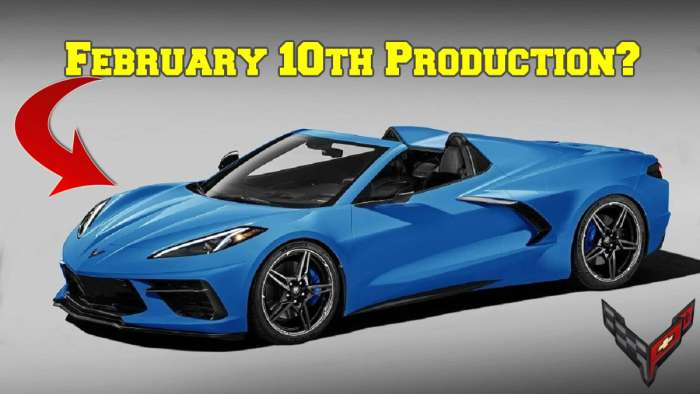 For those of you waiting for the convertible model of the all new C8 Corvette, you're in luck. Production is rumored to being February 10th, 2020.
Advertisement

The 2020 C8 Corvette Stingray Convertible will be revealed officially on October 2nd, and that’s when we’ll learn more about pricing, options, and all of the inner and outer workings of the spyder style convertible. You can expect ordering details will be announced soon after the reveal. 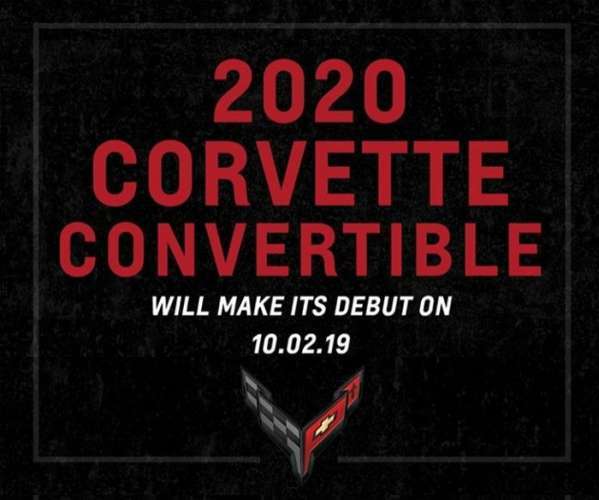 With the C8 Corvette being wildly popular a new rumor seems to be popping up daily and the latest is that the 2020 Corvette Stingray Convertible could start production as early as February 10th. This date hasn’t yet been confirmed as of now but this date has been tossed around a lot over a few different places including the Corvette Forums. Many of the rumors that were found there prior to the C8 Corvettes reveal ended up being accurate so there's no reason to discount this one yet.

Many of you out there waiting with baited breath for your chance at owning a C8 Corvette may still be worried about the UAW strike that could possibly be affecting C8 delivery times. While this could be a valid concern, it doesn't stop the rumor mill from spinning, nor does it stop actual leaks from leaking. The C8 Corvette news is going to continue regardless of the situation with GM and the union workers. I, personally, don't think the strike will impact the arrival date of anyone's C8 Corvette due to the fact that production isn't supposed to start on the coupe until December and it's likely that GM will have that situation figured out by then. 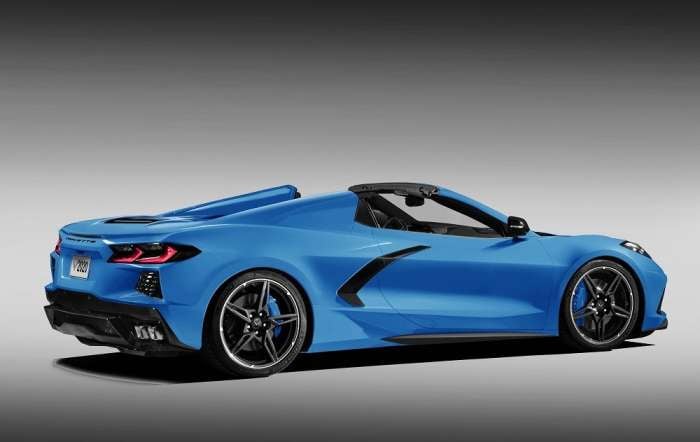 The February 10th start date seems to fit with GM’s plan of slowly ramping up production that will have the Corvette assembly plant adding two or three colors and a few other options with each ordering period until they are fully up to speed. We could then see the convertibles being added to the mix due to the plant reaching its maturity and operating more efficiently.

As we talked about in a previous story, GM has sent at least one test car over to Motor Trend to put through its paces and specifically show the launch control and most recently a burnout mode. GM supposedly has a embargo on Motor Trend until the November time frame which means we won't really get a lot of information from them until after that point, but after that date, we're all in for a treat. The fact that we are only about a month away from a tidal wave of actual third party data on this car is amazing. Now with the talk of the C8 Corvette convertible beginning production a month after the coupe does, it likely means we'll be receiving a lot of information about it right after it's reveal on October 2nd.

As I'm sure all of you know by now the C8 Corvette has some pretty impressive specs and while the convertible model typically forgoes some of the more track worthy specs to have the drop top option, it's still likely to be quite the performer itself. The C8 Corvette is going to be breaking records left and right but the fact that it's still going to have a targa top and a convertible option while offering 3 second 0-60 times is just insane. We are living in amazing times, folks.

DeanMcManis wrote on September 21, 2019 - 3:30am Permalink
I am happy to hear some solid times regarding the C8 Stingray convertible's announcement and start build date. In one way it's a tougher choice to select the convertible model of the C8 as opposed to the C7 because the C7 Corvette convertible had the whole top fold down, which was a very different feel from the base targa top. But with the C8, it looks like you get a better open air experience from the base removable top, and the convertible just gives you a little more openness. As far as the rumored 600HP+ Z06 goes I have to wonder how much better the 0-60 will be over the base model. When you look at the 755HP C7 ZR-1 it managed between 2.85 - 3.3 sec zero-60 time, and the new 495HP C8 looks like it may be as quick as the C7 ZR-1, so you have to wonder if adding an extra 100HP will bring about great performance gains, or if the extra power just spins the wheels. Now the Zora should be different, because it's prospective 1000HP is distributed to all 4 wheels using a twin turbo V8, combined with an electric motor up front.