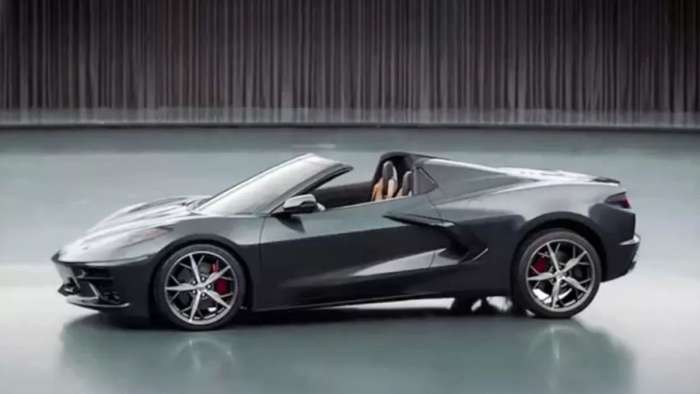 The October Coming of The 2020 C8 Corvette Stingray Convertible

Those of you waiting for the 2020 C8 Corvette Convertible are getting some good news. According to the Corvette assembly plant manager, the car will be available this October.
Advertisement

GM isn't stopping the C8 Corvette hype train just yet. It was stated earlier this month that we would see the convertible variant this fall and we've just got word that October is the month we will likely see the drop top model. We already knew a new C8 Corvette convertible was planned and Chevrolet showed the car for a split second in a video at the C8 Corvette debut on July 18th. They also teased the convertible and the C8.R race car in a Facebook post at the end of July saying, the Corvette story would continue "this fall."

Well, we are approaching fall rapidly and it looks like the 2020 Corvette's convertible option is coming up just as quick. 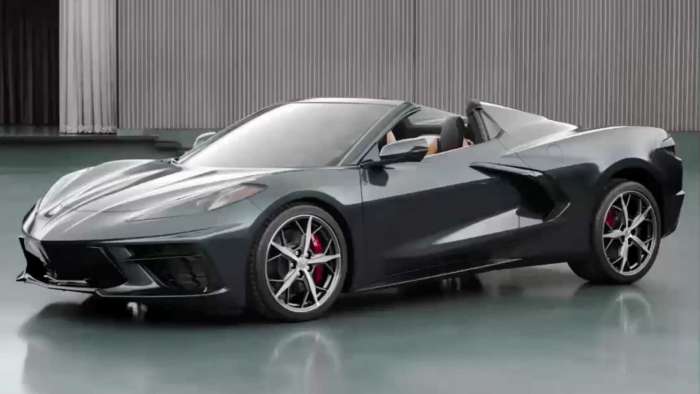 The Corvette assembly plant manager, Kai Spande, gave us a very precise timeline for the convertible offering. In a video taken during the National Corvette Museum's annual bash event he mentioned that the convertible is set to arrive "in the October time frame." He didn't get into specifics but we have seen prototypes of the convertible car in plenty of pictures.

A video captured the new C8 Corvette Stingray convertible up close with camouflage covering what is likely a folding hardtop spyder style roof and other different design elements at the rear of the car over the engine bay. As you most likely know by now the convertible option will not have a clear view of the engine like the coupe does.

The C8 Corvette convertible will very likely sport an identical 6.2-liter LT2 V8 that makes 490 horsepower, just like the 2020 C8 Corvette coupe. The optional Z51 package will most likely show up on the convertible as well, which adds more performance options and an extra 5 hp.

The 2020 Chevrolet Corvette's convertible option, just like in the past, will add weight over the coupe to keep the structure rigid while still allowing the top to drop.

As per the leaked specs for the 2020 C8 Corvette the weight of the Z51 coupe was just a hair under 3,600 pounds but the leaked document did not show any specified weight for the convertible option. As of now we don't know what the weight will be but an extra 100 pounds would not be outside of the realm of possibility.

See you in my next story where I am discussing the Corvette Plant's building 2020 C8 Corvette Stingrays for public sales.