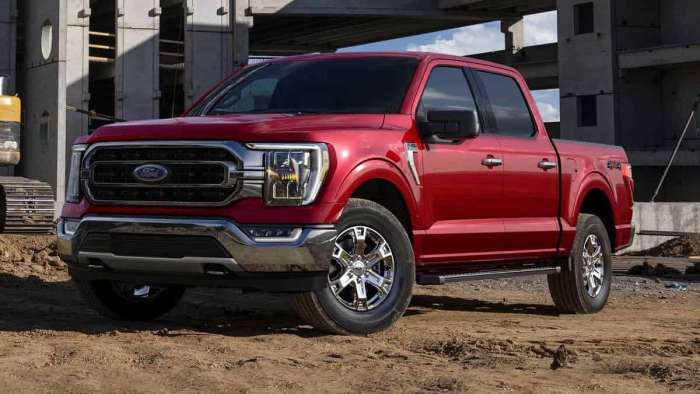 Ford will recall 16,430 2021 F-150 Super Cabs to repair an important safety system, the seatbelt. According to the National Highway Traffic Safety Administration, the seatbelt webbing on the affected vehicles is misrouted and must be replaced.
Advertisement

After more than 50 years of seatbelt use, car owners sometimes take the webbed protective belts for granted. Since the mid-1960s, seatbelts have been part of the regular safety gear required.

Ford announces another recall to repair side airbag problem. You can read about my story about it here.

Under the Federal Motor Vehicle Safety Standard (FMVSS), safety agencies have required seatbelts as parts of the regular safety gear of vehicles. Early seatbelts were all over the place as the industry did not develop belt retractors until the 1970s.

The retractors developed in the 1970s were good, but they did need development as they tended to lock up and hold tightly in uncomfortable positions. It's not that they were bad. On the contrary, they locked up quickly as the inertial pieces of the seatbelt rollers erred on the side of protection. At this time, airbags were not fully developed. They were also not deployed. Airbag deployment took until the mid-1980s until they became part of a vehicle's safety system.

Indeed, airbags are such an integral piece of a vehicle's safety equipment that if they trip in some models in a crash, the information is relayed to the vehicle's manufacturer by a radio system.

So, seatbelts and airbags are keys to vehicle passenger safety. It is little wonder then that when there is a problem with them that recalls are required.

You would think, though, that with a half-century's development, seatbelts wouldn't be given a second thought. However, sometimes even a venerable system runs into problems.

In this vein, the Ford Motor Co. has run into a problem with the seatbelts in its 2021 F-150 Super Cab pickup.

According to the National Highway Traffic Safety Administration (NHTSA), the passenger-side seatbelts in 16,430 2021 pickups may have been routed incorrectly.

In its remedy to the problem, the safety agency has advised truck owners to perform a preliminary self-inspection of the front seatbelts. If the passenger-side seatbelt fails the inspection, NHTSA says owners shouldn't use the passenger seat until your dealer performs the repair. In an aside, the safety agency told owners not to drive their vehicles until the repair has been completed.

Dealers will contact owners of affected vehicles at the end of the month about the issue. When scheduled for repair, dealers will inspect the front seatbelts, and if there is a webbing problem, the technician will replace the seatbelt retractor and pretensioner. The repair is free.