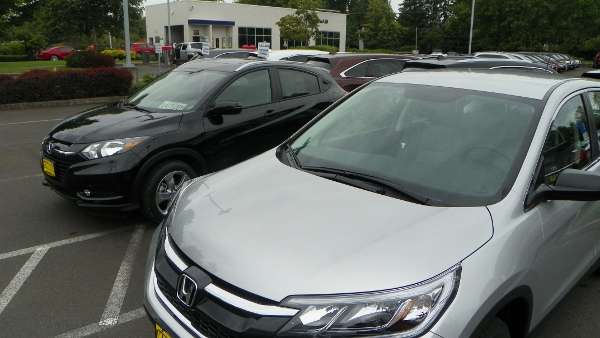 Because Honda cares as much about our CR-V readers as we do...
Advertisement

With 134,660, 2015 Honda CR-Vs sold this year to date, despite a spattering of consumer reported 'at idle' vibration events, CR-V remains the best selling compact SUV in North America; and that’s no small feat with Ford, Hyundai, Nissan and Toyota nipping at your proverbial heels.

Torque News has driven the competition in a side by side fair comparison under exacting field conditions. We, like the majority of auto journalist polled, vote 2015 Honda CR-V overall winner in the segment, based on construction quality, interior ergonomics, overall ride and handling characteristics, advanced styling and last but not least, fuel efficiency. We further acknowledge what we believe to be the best engine, CVT combination in the class.

With that said, what’s with the reported vibration issue…

As earlier reported by American Honda Motors and expanded on by Torque News and others, a small percentage of 2015 Honda CR-V buyers have experienced what they perceive as an unacceptable level of interior vibration when CR-V sits at idle engaged in “Drive-mode.” Honda has acknowledged the issue and as promised earlier in this video, to explore the cause and effect of the video, and, address an appropriate remedy.

This is where ‘things” get a bit tricky in a world where automotive engineering and a company's intent to serve the end user often collide; at times the individual customer’s perception comes into play.

The cause and effect of a reported problem, short of an obviously defective component, is more often that not difficult to identify, much less replace within a “chapped” customer’s timeline. What one consumer views as a blaring nuisance, or defect may be an unknown or an acceptable condition to another; none the less, bothersome just the same to the unsatisfied new or used car owner.

What does Honda have to say about this and what does the future hold for 2015 CR-V owners?

When asked to comment on the issue at hand, Honda points to the use of an identical Earth Dreams ™ direct injected 4 cylinder i-VTEC engine and CVT transmission in the very popular 2015 Accord without incident of excessive vibration. This points to a (possible) “harmonics” vibration transmitted through the CR-V ACE structure or attached frame member.

Note: Although the pin-pointed source of vibration has not been divulged to Torque News, Honda assures us and CR-V owners that the acknowledged vibration presents no danger of present or future component failure, and, that the company is working diligently on an acceptable fix. On a personal note, Torque News did not experience unusual vibration when initially test driving 2015 CR-V. we will revisit CR-V this week.

According to Honda spokesperson Chris Martin, “we're working to come up with solutions that will address several different customer perceptions of the vibration at idle. While it
is annoying to some, it is not noticed by most, and it does not represent a
detriment to the safety or reliability of the vehicle," states Chris.

Base on past dealership experience and subsequent product recall time line: Our advice to Torque News readers that currently experience an ongoing (slight) vibration issue with Honda CR-V is to report it to your dealer and patiently wait for a notification of recall from American Honda Motors. CR-V is the best selling SUV in North America. And, Honda will do all that is necessary to preserve the overall quality reputation of CR-V while serving the customer.

Honda-Torque News is an independent automotive news and review site dedicated to reporting world-wide, regional Honda Motors, and Acura Division news and developments. Although a long-time consumer, owner and fan of all things Honda, that's where the connection to Honda begins and ends.

Torque news is not directly affiliated with Honda, nor does Honda compensate Torque News directly or indirectly for company related news reports. You may read our latest unbiased, seat of the pants review of 2015 Honda CR-V AWD here.