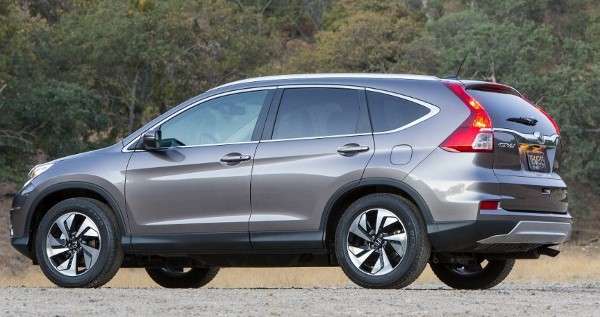 Torque News received a question Tuesday night from a 2015 CR-V owner. Raj's CR-V vibrated in the driver’s seat and steering wheel at low idle. Was this vibration normal?

American Honda Motor Company released a consumer video Tuesday in response to an acknowledged engine or transmission component vibration reported by owners in (some) 2015 CR-V SUVs equipped with CVT transmission.

According to reporting consumers: The vibration can be intermittent, occurring most frequently at idle or below 2200 rpm while driving. Honda assures CR-V owners that there is no danger of component failure at this time, and that the motor company is actively analyzing the cause and effects of the reported vibration and possible component, product upgrade.

Frankly, spending several hours driving the much improved and upgraded 2015 Honda CR-V, was not enough time for Torque News to pick up on any “excessive” vibration generated through the nations # 1 selling SUV. And, if so noted, we would have most likely written this slight annoyance off as a characteristic of the EarthDreams ™ direct injected engine and CVT transmission.

Readers report to Torque News-Honda that the initial vibration may not be noted immediately, and may be intermittent as reported by Honda.

While Torque News did find the high pressure direct injected 1-VTEC 4 cylinder gasoline engine to have a diesel-like idle rattle, we didn’t note any excessive interior vibration in our test vehicle. We’ve been assured by Honda that direct injected engines have their own unique “sound” at idle.

However, American Honda Motors is exploring the cause and effect of the noted vibration, and will keep consumers informed when and if a source of and subsequent fix for the noted annoyance is found.

In the mean time Honda always recommends that if an excessive vibration of any kind is experienced in your car or light truck, a trip to the dealership is recommended as a safeguard against possible product failure. Honda further states that they appreciate owner feedback, and always welcome your comment.

Toyota vs Tesla: Which Stock To Buy These Days
For Some Former Daimler Managers Daimler Is Authority, While Tesla Is Like a Startup
END_OF_DOCUMENT_TOKEN_TO_BE_REPLACED