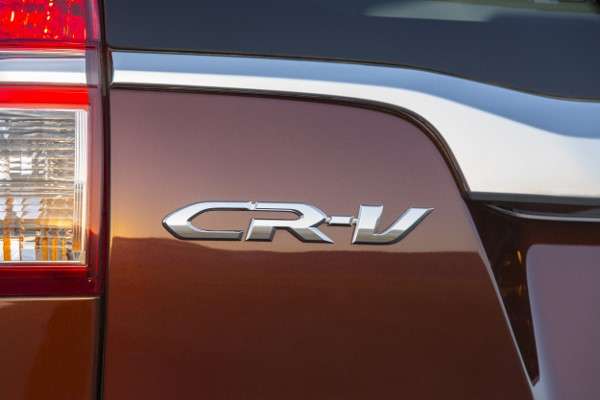 With 18 all new or redesigned SUVs considered for Motor Trend’s SUV/Crossover of the Year, 2015 Honda CR-V walked away with top honors in North America’s fastest growing automotive segment; CR-V out-values the competition.
Advertisement

Built in Liberty Ohio, 4 generations and 2 million CR-Vs have been sold in North America.

Torque News-Honda was invited by American Honda Motors in September to participate in the 2015 CR-V roll-out. While skeptical at first,(CR-V was not my favorite Honda) we were blown away by the measurable improvements Honda has made to what was already North America’s best selling small SUV, 7 out of the past 10 year, I discovered the benefits of improved ride,“EarthDreams” engine and the best CVT transmission in the class.

For us, the drive was an eye opener and a game changer. Two weeks before we spent the weekend driving the Santa Cruz mountains in a 2014 CR-V and didn’t like it. I found the interior noise level to be high, ride harsh and lacking usable mid-range torque. It’s not that 2014 was a bad production year for CR-V.. Afterall, we had just stepped out a an Acura RLX; much like comparing apples to oranges.

2015 CR-V is the benchmark of the segment

At 6’5” (I) found the much improved perforated leather covered driver’s seat to be infinitely adjustable and comfortable. All controls and gauges are placed within eye level and centered appropriately. Head and shoulder room is more than adequate and the rear 40/60 split rear bench is “ top of class for sitting comfort and legroom.

We drove the competition while in Huntington Beach. None came close to the combined performance and creature-comfort attributes of 2015 Honda CR-V, none! While Ford Escape marks # 2 sales in the segment, its ride, power, electronics and overall finish quality pales in comparison to CR-V. There’s also a greenhouse (cage forward) tunnel-like visual inherent to the competition that you won’t find in CR-V. It’s not that the competition is bad, simply put, for the dollar spent, CR-V is that much better.

More value for the $: With a beginning MSRP of $23,900 + tax and applicable fees, Honda has incrementally increased the standard features on CR-V while holding the bottom line. Note: Honda has held the price increase on CR-V to below $250(Touring excluded) while adding $650 in standard features.

2015 CR-V Touring: Check it out, for those that want more, Touring offers all the bells and whistles, state of the art passive and active safety electronics, LaneWatch, crash avoidance, power liftgate and more.

You may read my driving experience with CR-V here.

John Goreham wrote on October 17, 2014 - 8:29pm Permalink
Having also just tested both the CRV Touring and the Ford Escape Titanium, I have to agree. The CRV seems to offer more value. Ford can offer more power at a higher MSRP, but I'm not sure why I would ever need that power. The really cool thing about this CUV segment, is that like the Accord/Fusion/Camry segment, all the vehicles are now really, really good. That CRV can stand out is pretty meaningful.
Parks McCants wrote on October 18, 2014 - 12:24am Permalink
True enough John. Honda has hit a home run with CR-V. Thanks for dropping in.
Bill wrote on October 19, 2014 - 3:51am Permalink
While I own a 2012 crv I have to say its handling is horrible. It sits on its hind quarters and wallows around like a marshmallow. My 2006 crv still sits in the garage next to it and it handles like a BMW in comparison. The 7-11 V was sort of in between the two in its handling characteristics. We decided to skip it for its bad looks. Now today I checked out a 15V and think it looks better than my 12. If they have done anything at all to improve the ride then I want one. I'm not sure who says the interior is nicer. The lx model is near identical to the last. I will look forward to driving one soon. How can it be worse?
Parks McCants wrote on October 20, 2014 - 10:59am Permalink
Good morning Bill. I believe you'll find measurable over-all improvement in CR-V. let's us know how the test drive goes.
Dave wrote on October 19, 2014 - 9:34pm Permalink
Drove our 2012 to the dealer and took a drive in a 2015. I'm here to tell you that the reviews are right on, the handling and ride are much improved - and I did not think the AWD 2012 was all that bad. The new model has been described in some sources as a tuning of the suspension and I think they got it right. It definitely doesn't roll as much, and the road noise is a lot quieter now. The CVT transmission also is a hit with me, I think it feels more in charge than the old geared transmission.
Parks McCants wrote on October 20, 2014 - 11:01am Permalink
Good morning Dave. Thanks, we try to be spot-on! Glad you enjoyed the improved CR-V.
lean wrote on December 5, 2014 - 7:44pm Permalink
No offense meant, but before the americans and canadians got to taste what a crv should be, the japan and thai built has long incorporated most of the sporty features foumd in the current north american crv. Why, because there is no doubt, japan domestic market is the best vehicle all over the world. The techno trickled to thailand and then asians enjoy it. It does not apply however to all, especially diesel where asian diesel are obsolete and prehistoric.
Parks McCants wrote on December 7, 2014 - 1:55pm Permalink
No offense taken lean. Thanks for your comment.
Suzie wrote on March 25, 2015 - 2:35pm Permalink
I just found this site while searching for comparisons between Ford Escape and the Honda CRV. I have narrowed down my choices for my next vehicle to one of these two cars. I really am not concerned about resale value since I plan to drive it until it is ready for the the auto graveyard just like my current car a 2004 Hyundai Santa Fe. I would be replacing my old car with a new Santa Fe but it doesn't have the good gas mileage that the CRV and the Escape offer. I like the ride and feel of both of the cars but I prefer the look and interior of the Escape. I wish I had a a crystal ball that could guide me on what to do. I am a widow who will be buying her first car without the help of her hubby and am looking for as much advise/help that I can get going forward.
Parks McCants wrote on March 25, 2015 - 8:14pm Permalink
Suzie they're booth reliable, good looking cars. I personally prefer Honda's CVT transmission and ride quality, but that's a personal preference. If the higher residual resale value of HR-V is not a deciding point for you; go with the vehicle that you're initially more comfortable with. look to the extended warranty and standard features for initial purchase value consideration. Best of luck...