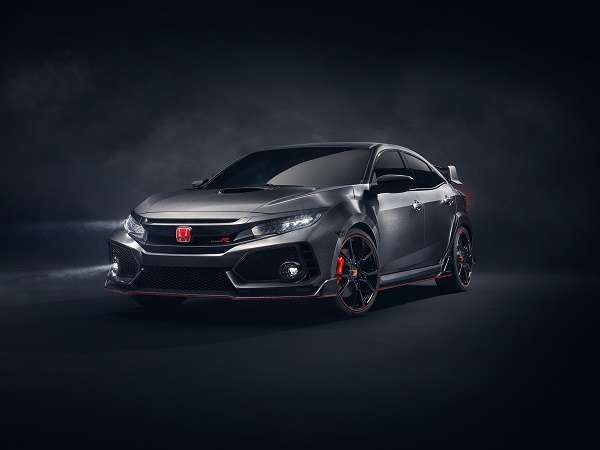 While we've written much as to the arrival of Honda Civic Type-R to North America, today, that speculation was ended in Paris with the reveal of a Honda that will change the compact performance game in the U.S. and Canada.
Advertisement

Now that the 2-year hype draws to a close, It looks to me like the wait was worth it! Yesterday in Paris, Honda revealed the final prototype of a car the will introduce North America to high street performance -- Honda style!

Manufactured on a shared platform with the 2016 Civic Sedan, Coupe and new to the game, 2017 Civic Hatchback, the combined design and engineering efforts of Honda Europe and Honda Japan come together in what is arguably the most visually dynamic and spot-on, auto-body balanced, 4 door performance sedan in the maker’s history. In-fact, it’s the only Type-R to ever come to North America wearing the Honda moniker. We’ve been watching the development timeline of this car for years. The first week in November,1-4, will once again find thousands of aftermarket manufacturers, custom car and performance enthusiast in Las Vegas, for the 2016 SEMA Show -- This will be North America’s first opportunity to get up close and personal with 2017 Civic Type-R.

In the words of American Honda’s, Mr. Jeff Conrad: "We promised the most ambitious, sportiest Civic lineup ever and we're delivering on that promise with each new Civic," said Jeff Conrad, senior vice president and general manager of the Honda Division of American Honda Motor Co., Inc. "For the first time ever in America, Honda fans and enthusiasts will have access to the ultimate in Civic performance in the form of the new Type R." Along with the arrival of Civic Type-R to North America sometime in 2017 will come a performance Si trim level variant -- when, and applied to what models, Sedan; Coupe or Hatchback, Honda’s not saying, but it is coming. Will U.S. Honda high performance fans pay close to $40,000 for Civic Type-R? Let’s just take a moment to soak up all that Type-R goodness.