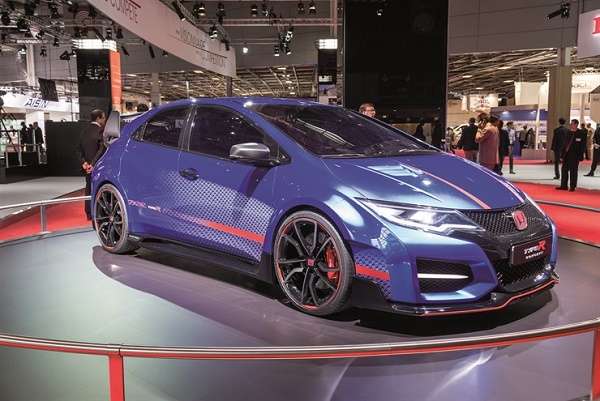 Sure enough, when we look to the numbers, by the time the British built 10th generation Civic based Type R comes to the states late next year, look for the MSRP to approach the $40,000 barrier.
Advertisement

With so much banter and unsubstantiated speculation circulating the Web about Honda’s next generation, British built Civic world-compact architecture 2018 Type R, a question of price and availability comes up on a weekly bases from Torque News readers. The new Type R we see on the roads in Europe will not be imported to North America.

It’s been a decade since a new generation Civic Type-R hatch graced our shores.

This thing's arrival has been hype-driven for well over a year as the 9th generation platformed Civic Type R continues to grab press and accolades from Asia and European Honda race enthusiasts. Why not? Civic Type R is edgy and cool in a Darth Vader's WRX killer sort of way. 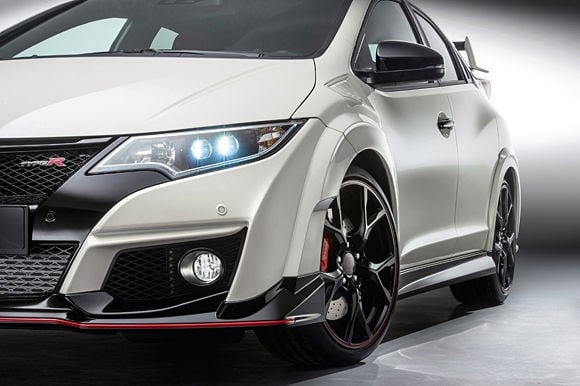 Back in October 2015, we converted the British Pound MSRP into U.S. dollars, and came up with a median sales price of $35,481 -- that was of course if you could import one to the states at that time, you couldn’t.

But the U.S. is not Japan, and here there are several viable alternatives to the Type R, a couple of them approaching 400 horsepower and all-wheel-drive -- the near future North American specific Civic Type R will reportedly do neither.

In a recent article penned by British magazine Auto Express and shadowed by our friends over at Digital Trends in Portland, Oregon, all is touched on as to Civic Type-R’s engine, power output and European market availability.

That’s cool! But truly guys, Honda has informed us on several occasions that the 10th generation Civic Type R will be powered by American Honda’s 2.0L turbocharged 4, shifted by a 6 speed close throw manual transmission, and transfer torque to the road via a limited slip, front mounted differential -- that’s a given.

From where I sit, and through personal conversations with Honda engineering, there’s been no talk to date as to a possible torque-vectoring AWD setup for Civic Type R. It would be cool, but that’s simply not Honda Civic.

Hey, do Honda diehards yearn for a 350 horsepower factory Civic? Perhaps, but for 2016 Civic Type R to catch the attention of Honda aficionados outside of race programs, Type R must retain an edgy look, while filling a unique market niche above the first to arrive Honda Civic turbocharged Si, and the over the top Acura NSX hybrid supercar. Granted, there’s a lot of room there. 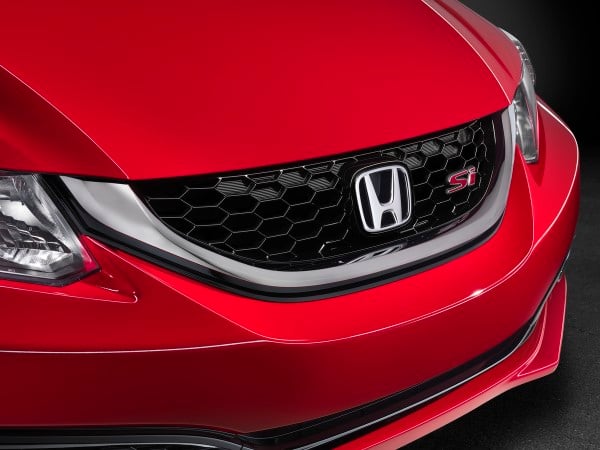 Yet, at the end of the day, for any sports car enthusiasts, other than the Honda loyal, Civic Type R must present equal to or greater performance value than comparable sport offerings from Ford, V.W and Subaru, to name a few.

No doubt about it, Civic Type R will be exhilarating

And as rare as hens teeth. I Honda follows historic manufacturing and sales practice, 2018 Civic Type R will be limited production and pricey! I don’t anticipate the North American production run to exceed 2500 units in the first year, pending consumer demand. With that said, I fully anticipate the rev limited, high output Type R in near race ready trim to approach $40,000 in the U.S..

Not much of a stretch when we look to the price spread of the well accepted 2016 10th generation Honda Civic Touring. Cheers!