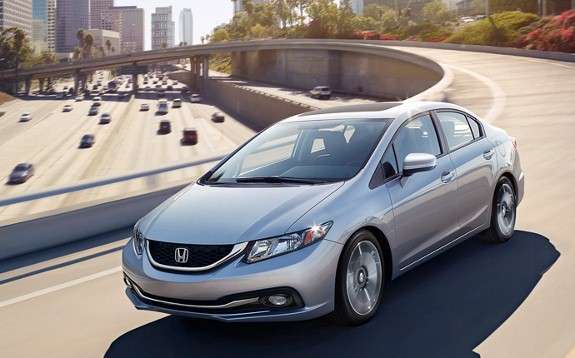 So, who is truly # 1 in automotive retail sales and why should you care? While Honda and Toyota continue to battle for position in an ever changing market; Torque News-Honda takes a closer look at the sales numbers.
Advertisement

We were reminded by Torque News colleague John Goreham that sales numbers presented by automakers through information services such as R.L. Polk are often less than quantified.

With sales numbers shifting monthly, do you care who the # 1 car brand in North America is?

Example: When Toyota tells us that the Prius Hybrid is the best selling hybrid on the planet, all 5 variants of the Prius including the “C” are included in the statistic. So, compared against the sales of a single variant hybrid such as the now defunct 2014 Insight, the implied popularity of the Prius by-the numbers has little meaning.

The same holds true for the Honda Civic. Taking the #1 Pole position for all cars sold in California for 2013, we have no way of discerning what Civic model was most popular with California Buyers.

Honda offers the Civic in several variants including the Si Coupe and Sedan, Civic Hybrid and Natural Gas. None the less, 65,910 Civics were sold in the Golden state, with 336,000+ being sold nationwide; making it the best selling compact car in North America.

We get it, Honda has taken the Accord, Civic and CR-V SUV to the next volume sales level by providing a consistently reliable tech-filled car and light truck at a relatively affordable MSRP; while increasing sales momentum through over the top videos, short movie and dealership promotional advertising campaigns.

Honda is arguably second to none in memorable product promotion and staged showmanship.

However, when we look to Toyota sales, we find that Honda’s Torrance California neighbor sold 2.24 million vehicles in the U.S. for 2013; beating Honda production and sales by no less than 750,000 cars and trucks.Toyota is the largest automotive manufacturer in the world by volume.

Honda remains the world’s largest engine and motorcycle manufacturer by volume and is quickly gaining market share in North America. Neither maker can ignore the competition, that’s the nature of the news driven auto industry.

So, when looking to the numbers as an indicator of quality product driven demand, we suggest that the majority of demand in the automotive sector is driven by “good news” shared with you through articles and manufacturer paid advertising. Everyone loves to be associated with a winner. It also helps to have a product with the multi generational following of the Honda Civic.

When shopping for a new or used car do your due diligence, kick a tire or two and test drive more than one make or model. After-all, the purchase of a car or truck will lead to a long term( expensive) good or bad relationship. Get out and take a close look at the competition; we do.