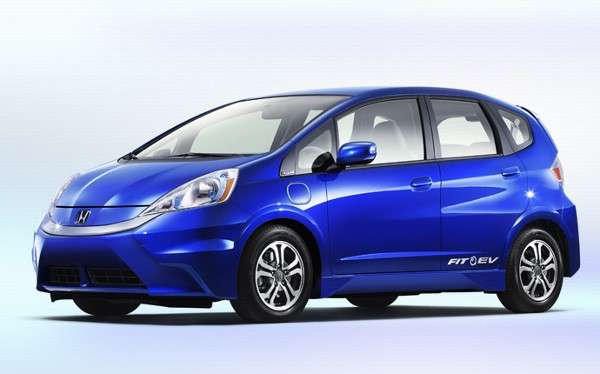 Our source at Honda, while not stating that stand-alone EV is dead, points to Fuel Cell and Hybrid focus for North American markets. Has EV sales hit the wall in North America?
Advertisement

Honda Motors was the first to introduce gasoline/ hybrid powered personal transportation to North America. The original Honda Insight hit the bricks in 1999, averaged 60 mpg on a gallon of gasoline and looked like something out of a futuristic Jetsons cartoon. While the original hybrid never sold in huge numbers, Insight set the market for relative new comer Toyota Prius. As they say,“ the rest is history,” and so goes Insight, to the history books.

Unfortunately for those EV fans wanting one, so goes the Fit EV, history, out of sale. A dirty phrase with EV fans is “compliance car,” taken into context, in the case of Fit EV, compliance is directed at California; the environmental compliance center of North America. In California, if an auto manufacture wishes to sell cars to the nation’s largest car market, a percentage of vehicles manufactured and sold under C.A.R.B. mandates must be zero impact as to greenhouse gas emissions.

With Honda " Earth Dreams" gasoline combustion and advanced battery development leading the way in 'near zero' emissions, Honda is focusing its intent on Hybrid technology and development.

California is the number one EV and gasoline hybrid car market in North America. Without exception and rightfully so, Honda points to the expansion of its(already positioned) hydrogen FCEV program, state of the art Honda Accord Hybrid and 1 engine 2-3 motor gasoline hybrid systems.

Looking to the future in“near zero” emissions personal transportation. Honda doesn't need stand alone EV to comply! This is no surprise to California alternative transportation advocates. As reported earlier by Torque News, California taxpayers are footing the bill on the expansion of an already existing liquid hydrogen refueling stations.

With stand-alone EV sales tapering off to less than .05% of total North American new car sales, it’s hard to argue with Honda’s logic. We believe that Honda is adjusting their collective alternative vehicle focus on a relatively short-term market adjustment influenced by the following: Stabilized retail gasoline prices, soon to change federal and state tax EV purchase incentives and relatively high retail purchase purchase price to benefit coefficient. Does Honda have stand alone or plug-in EV transportation in its future?

It’s all in the math

Toyota, the number 1 or 2 automotive manufacturers in the world sells more hybrid EV than anyone else in California. Nissan( in the top 10) points to the leaf, they also have a FCEV program. Is it the horse leading the cart or the cart leading the horse? Perhaps all major car manufacturers toy with EV development as a percentage of C.A.R.B. required zero impact automotive manufacturing.

Fit EV goes the way of the dinosaur because as with most limited production vehicles it doesn't generate a profit for Honda. In-fact, in it’s present lease-only, no buy-back offering( if you can find one) it’s a 3-year long loss-leader for Honda.

Aaron Turpen wrote on September 19, 2014 - 10:11pm Permalink
Toyota has been very clear that they're done making EVs and Honda seems to be following suit. Given the low take rate for battery electrics the two companies have had and their enthusiasm for FCEVs, it's not a surprise.
Parks McCants wrote on September 19, 2014 - 11:53pm Permalink
Darn, I'd love to argue with you Aaron, but I believe you're spot on...