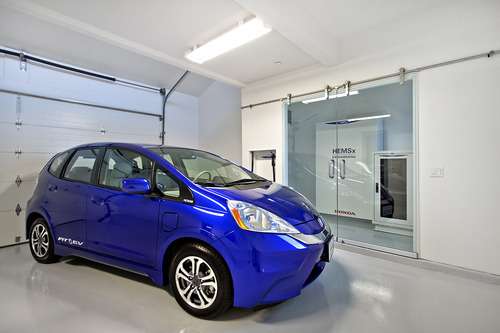 In an extraordinary execution of proactive corporate social responsibility, Honda took its “ Blue Skies for Our Children” mantra to a new level in North America, by "open sourcing" the Davis California Smart House project plans to the public. What’s this act have to do with your Honda Car?
Advertisement

On Tuesday, Honda Smart Home U.S. took an exceptional leap toward the promotion and support of sustainable living in North America. How does your car and home interconnect in a not too distant future? We take a closer look at the news.

In an unprecedented show of support for a “Green” low carbon footprint future, Honda effectively opened its file on their Davis California “Smart House” project to “all that are interested.”

Back in March of 2014, Torque News reported on a “Green” construction project partnered between Honda and the University of Davis. The goal here was sustainable living, a zero carbon footprint and a seamless cogeneration relationship with the 2014 Fit EV. This project surpassed LEED certification with a twist. Not only did the home produce more solar generated electricity than it consumed, the capacity to charge an EV was integrated into the project.

According to HSH us. project manager Michael Koenig, a self professed car guy, public response to the Davis project has been so great, Honda has opted to “open source” project blueprints, specifications, interior furnishes and mechanical specifications to all that are interested.

Torque News has reported on similar Honda projects in Japan and Thailand. This is the first for Honda in North America.

Honda puts it this way: In the three months following our launch, the response to Honda Smart Home has been truly amazing. We’ve hosted over a thousand visitors in Davis including architects, builders, researchers, academics, media, policymakers and enthusiastic members of the public. And we’ve received inquiries and proposals from businesses all across the world looking to get involved in green building.

While California legislation promotes a green future through mandated building code compliance and a rather lofty 2022 zero emissions target, the Davis project demonstrates to the nation that Green building is not only financially doable but can also be aesthetically pleasing.

looking to the personal transportation side of the project, EV is here to stay. Honda is participating in University, public utility project partnerships in several states. The Davis project pushes the Green building movement to the next level as a world wide automotive manufacturer promotes sustainable Eco Friendly car/ home interface and connectivity.

You may contact the Davis HSH us. project here.