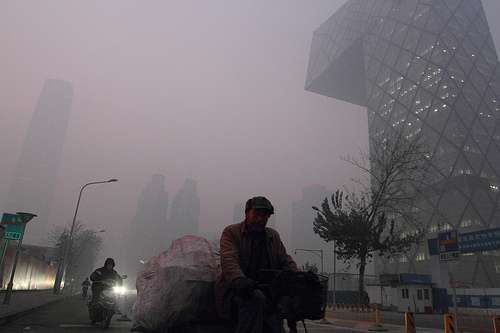 Growing up in the Los Angeles of the 1960s and 70s, Honda V.P. Robert Bienenfeld reflects on the cause and effect of California clean air legislation on the auto industry.
Advertisement

In 2014 Honda and a handful of progressive auto manufactures have managed to approach 0 pollution particulates at the business end of today’s plug in Hybrids and FCEVs.

Back in Bienenfeld’s early career days with American Honda Motors, several smog “sig alerts” per week were not uncommon. On those days inhabitants of Los Angeles county were advised to stay in doors. School sessions were canceled, and on rare occasions driving was prohibited during certain peak hours.

I too remember those days. As a young adult, my daily commute from Huntington Beach, Ca. to Torrance was a short 30 miles. But due to impossible traffic conditions, could often take well over an hour. In those days the ride was made tolerable thanks to a 650 Yamaha Twin.

The downside of course was that while wearing open face helmet, this rider was breathing immeasurable amounts of hydrocarbons, leaded fuel and God knows what. Yes, as Robert stated in Honda’s “ Never Ending Race” video, back in the day , you could not see the Los Angeles skyline due to smog. And yes, although the sunsets were spectacular, on many day’s ‘smog banks’ would be mistakenly identified as fog.

California fostered modern clean air quality legislation because it had to. Los Angeles, Riverside and Sacramento had been reduced to ‘health hazard’ zones while ground was testing positive for benzene, lead and other fuel additives. Honda with the advent of the CVCC engine was the first automotive manufacturer to meet stringent air quality emission standards without the utilization of a catalytic converter. Honda had entered the ecology revolution prior to the passage of the federal Clean Air Act, Dec.1970.

The Clean Air Act would be substantially modified in 1979 and again in 1990.

While Chrysler, G.M. and Ford effectively lobbied in Sacramento and Washington, D.C. for the elimination, waiver or timeline extension for forced emission standards compliance, Honda initiated its pay- forward “ Blue Sky’s” initiative. Thanks to the engineering efforts of Honda and others, today’s modern auto exhaust is 1/1000th of levels measured in 1970. Los Angeles has not experienced a smog sig-alert in 8 years.

This timely “ Endless Race” for Honda would pay off in future dividends. Today Honda commands a lead in North America small and mid size car sales as demonstrated by the #1 Civic and #2 Accord. In the SUV sector Honda takes the lead with the Honda CV-R, the Acura MDX and MDR.

We at Torque News- Honda believe that everyone living on planet Earth benefits from “forward thinking” environmental solutions as demonstrated by Honda Motors. Take a minute to view the video. We believe you will be touched by the message as we were.

Parks McCants wrote on February 17, 2014 - 9:22pm Permalink
To me this video is a testimonial to an entire industry that has stepped up to mandated clean air legislation. The proof is all around us. When we talk about weather change and climate warming as being insurmountable problems, I look the the events of the last 30 years as a blueprint for the future. Anything's possible.