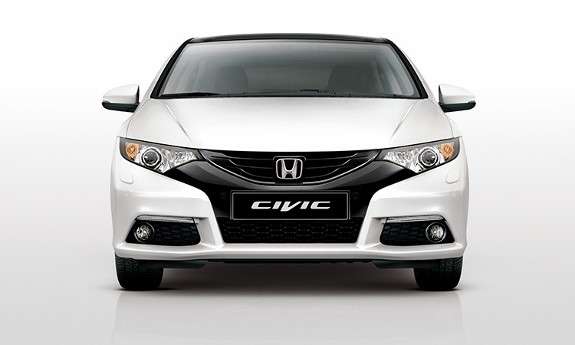 Yes, diesel engine production has been sidelined more than once at the hands of CARB and EPA regulations, but with today’s direct injection, low to no sulfur diesel fuels and multiple staged catalytic converters, diesel engine based automotive technology is quickly becoming the propulsion of choice.

On the West Coast of the U.S.,diesel fuel availability and distribution has put a damper on the consumer's perceived viability of diesel powered car and light truck ownership. While the retail pump price of diesel fuel remains high, the appeal of bio-diesel fuel is gaining much needed ground in North America.

In a recent article written on the residual value of the Honda Civic, our friends in Dublin, Ireland shared with us a Honda model or two that we can’t buy in North America. Included on the list is the 2014 Honda Civic 5 door Hatch and the iconic CR-V SUV, both diesel powered.

Imagine if you will, a Honda Civic powered by the world’s cleanest burning direct injected, high compression,vegetable oil burning engine on the planet. Honda’s 1.6i DTEC Earth Dreams diesel engine is a best seller in Asia and Europe.

With Chevrolet and others offering diesel fueled light cars for 2014, we can no longer look to smog regulations for the absence of a diesel option for North American Honda buyers. While Honda engineering pats itself on the back for achieving 50 mpg with the 2014 Accord Hybrid, Japan and Europe find the equivalent of 70 + average mpg in their diesel fired Honda variants.

As a younger driving demographic embraces bio-fueled automotive tech- diversity, perhaps it's time for American Honda Motors to jump on the bio-fuel wagon with a handful of diesel powered options.

We believe that 100 mpg is achievable through the marriage of clean burning diesel and i MMD Hybrid technology. Bring it on Honda