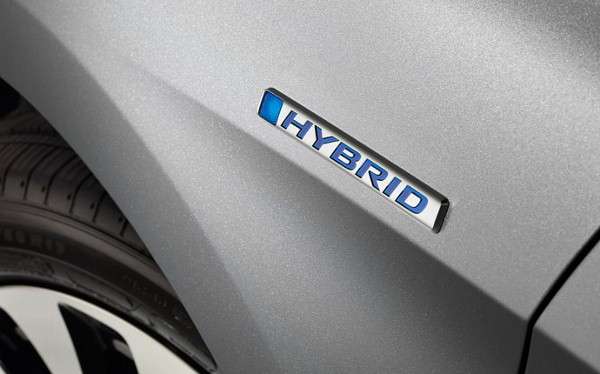 EPA disclosure: Your actual Honda Accord Hybrid mileage may vary

Wow, once again Consumer Reports.Com comes out and bashes Honda. This time for overstating the average mpg of the Accord Hybrid. Can the crew at Consumer Reports read? Torque News-Honda takes a closer look at the numbers.
Advertisement

While the much revered Consumer Reports bashes Honda Accord Hybrid for not averaging the EPA stated combined 47 mpg average, they do love the Accord for overall comfort, driving manors, fit and finish. They also state that at the average combined 40 mpg that CR recorded while testing, the 2014 Honda Accord Hybrid retains the title of North America’s most fuel efficient midsize sedan.

Will consumers shy away from the best selling midsize hybrid sedan in North America?
We say no.

Consumer Reports and Consumer Reports.Com weilds a very large power of influence in our world of price and quality conciouse driven consumerism. C.R. is the go to guide for auto and manufactured goods comparative ratings. More than one automaker has floundered under the scrutiny and programed disdain of a Consumer Report driven public perception.

Late last year the Honda Fit lost its “best buy” rating from Consumer Reports due to the failing of a 2014 Fit in an off-center front end collision test. Did the news impact future sales of the Fit ? Probably not, but Honda did roll out a very effective safety campaign following C.R.’s announcement and redesigned the safety cage and crumple zone for 2015.

The automotive press loves to capitalize on Honda’s toe stubbing at the hands of C.R..

Thursdays online press regurgitated the negative accounting of an (EPA tested) fuel rating that tested false with the crew of Consumer Reports. None the less, the Accord Hybrid meets or exceeds mpg numbers recorded by Toyota in the Hybrid race. We doubt that Accord sales momentum will be lost to the C.R. fuel efficiency report.

As stated in the disclosure prominently displayed on the driver’s side window of every new car sold in North America, “ your actual mileage may vary”. And yes, it often does.

Aggressive driving habits, regional fuel blends, road and weather conditions, percentage of grade, all contribute to your experienced mpg. We don’t believe that Consumer Reports can exactically duplicate test conditions utilized by the EPA, in rating the Honda Accord or any other car for that matter.

We’ve received comments and reviews from readers stating that their Honda Civic and Accord Hybrid often surpases the factory stated average mpg. We’ve interviewed Accord owners that are absolutely and without reservation elated with their fuel economy. The same holds true for our Europe and Asia readers. Reports of 75 mpg are not uncommon for the diesel powered Vezel and CR-V..

While Toyota and Honda has been successfully sued in the past for over-stating fuel economy, in the case of the 2014 Accord Hybrid, we find the 40+ combined driving mpg stated by Consumer Reports to be bordering on miraculous.

40 mpg effectively returns your average fuel cost per mile to the days of $1.00 per gallon gasoline. Thank you Honda.

Hisham Goreish wrote on May 30, 2014 - 1:33pm Permalink
I got this car 3 months ago it amazing to say the least . I got 52 mpg on a 64 mile trip, on small hwy , with stop an go sometimes 4 way stop signs I posted a 2 minute video, you can watch it in my link . Search you tube ' physics honda hybrid' The system is very smart. And you can run on ev mode when the battery is full in city. This trip is on hilly roads. One trip on interstate I got 37mpg, but it was cold and I pushed the car. When you switch the Econo button off the car feels so powerful and fast. Acura dampers make the car feel luxury and sporty. The change between driving modes is seamless but I do feel when engine mode kicks in. No doubt this the best hybrid in the market now. search ' HONDA HYBRID PHYSICS' at you tube, I posted many videos, my record is 59 mpg in a 50miles trip, I AM NOT A HYPERMILER, I AM A CONSERVATIVE DRIVER
Raymond Max wrote on May 30, 2014 - 6:34pm Permalink
Fantastic Hisham. It's fun to see how far we can stretch a gallon of gasoline. I'll be taking a look at the video. Thanks. That's less than $ .07 per mile for most of the U.S.. It will be interesting to see Honda take fuel economy to the next step with the 2015 Fit Hybrid or FX-R..What trim package do you drive?
Luke Ottaway wrote on June 1, 2014 - 1:43pm Permalink
I think that's exactly what CR was trying to point out, that your actual mileage may vary. In their testing, in which they allegedly duplicate real world driving more accurately than the bizarre cycles the EPA uses, they found that the car didn't perform up to EPA-rated expectations. Especially with hybrids, there are infinite control strategy tweaks that can change the way the car responds to different driving conditions. Sometimes automakers, unintentionally or not, create a control strategy that responds to the specific driving cycles better than actual driving. Ford's hybrids had a huge problem with this recently. Not malicious on CR's part, just an important objective observation.
Augusto Cordova wrote on June 3, 2014 - 9:10pm Permalink
One of the great things about the Accord Hybrid is the instant feedback on how driving style and settings affect mileage. Switching the setting to B (Brake) rather than D (Drive) yields an extra 2 mpg. Warmer weather also makes a big difference, as long as the A/C is kept off. Today The mpg was 60 rather than 50 because I-95 was backed up because the I-495 bridge was closed; of course, the commute took 45 minutes rather than 30. I hope all cars eventually have mpg readouts so the driver can see how to affect mpg while driving.
Parks McCants wrote on June 4, 2014 - 12:00pm Permalink
I remember the day that I whitnessed 24 mpg ( instantanious) in my 2006 24,000 GVW G.M. workhorse chassis motorhome. Perfect conditions: No headwind, downhill or flat freeway grid driving. The rest of the time the 36' motorhome averaged 7.5 mpg. Thank you Augusto. Your point is well taken. The Accord Hybrid affords us the opportunity to influence fuel efficiancy.
Stephen Balberg wrote on June 30, 2014 - 8:56pm Permalink
I've owned the car about 7 weeks now, and have about a 15 mile ride to work every day. Going to work I average right around 45 mpg. Coming home because apparently much of it is downhill and the engine doesn't have to work as hard I am averaging 58-65 mpg. In city driving only this Thursday will be 3 weeks since I last filled up my tank. On the highway I've driven to Seattle and Portland and you're looking at right around 40-43 mpg. I love the car. Its really quiet. Consumer reports says the mpg are overrated, i say baloney. Drive it for 2 months and let me know...
Parks McCants wrote on July 1, 2014 - 1:11pm Permalink
Good day Stephen. When I think about moving 3800 lbs down the street at speed in stop and go traffic, while sipping gas at the rate of 50 mpg, I'm blown away by the technology. Congratulation on your purchase...As you state: "I love this car." that pretty much covers it. Thanks for your thought provoking comment.