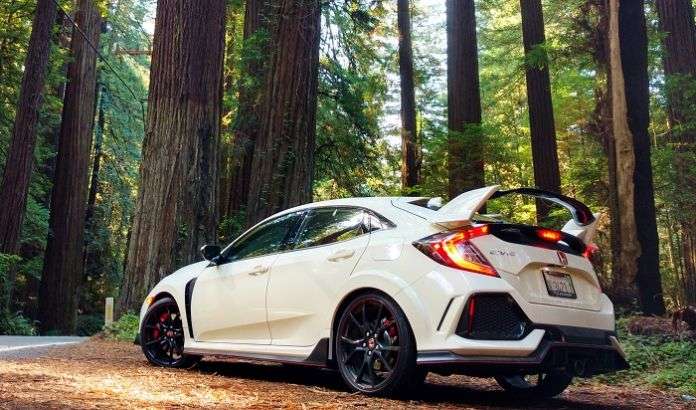 Despite a sustained auto industry wide car sales downtrend for 2017, the reinvented 10th generation Civic, with Type-R completing the reinvention, drives American Honda into the black with Civic setting a new sales record for October.
Advertisement

According to the Wall Street Journal’s auto sales market data, conventional car sales are down 10.4% for 2017, industry wide. Light trucks; pickups, crossovers, and SUVs, continue to outpace car sales in a correcting market, with one exception. The reinvented 10th generation Honda Civic continues to buck the auto industry trend in October, posting record sales of 30,319 units, a month over month increase of 15%. Offering the most diverse compact car lineup in America, the 10th generation Honda Civic world car, continues to win over new and return Honda buyers in the U.S..

With the market arrival of the 2017 Civic Type-R, comes the reinvention and variant expansion of the most versatile Civic lineup in the mark’s 4 decade history. Torque News has driven all variants of the reinvented Civic, including the track-ready production 2017 Civic Type-R, the first Civic to wear the Type-R designation in North America.

I attribute Civic’s market success to broad demographic appeal, thanks to 3 body configuration options, including coupe, hatchback, and sedan. And, 6 trim platforms, including Si and Type-R. For the first time in Civic history, America’s best selling (non-fleet) compact car is available in a 5-place, 4-door hatchback configuration, with trim packages available from the entry level mundane to the pinnacle of turbocharged front-wheel-drive drive performance. Me, I personally find the most value in the manufactured in England Civic Hatchback Sport.

A few years back Torque News had a conversation with American Honda’s lead Jeff Conrad At that time, prior to the launch of the 10th generation Civic lineup, Honda was experiencing a record year. That market trend continues with the completion of the reinvention of the Honda Civic lineup. A word from Jeff Conrad: "With key competitors resorting to aggressive discounting and heavy incentives even on new models, Honda is riding the growing momentum of a robust product lineup boosted by the all-new Accord," said Jeff Conrad, senior vice president of the Automobile Division of American Honda. "As the rollout of the new 2018 Accord continues, we're focused on a strong finish to 2017 and a fourth consecutive year of record sales."

American Honda Motor Company with combined car and light truck sales of 1,358,956 units sold through October, is on track for a 4th consecutive record sales year.

With Honda teasing the buying public with a possibly "cheaper" Civic Type-R offering, what would you like to see included in the base-performance Civic Type-R model? Leave your answer here and share this post to your favorite social media site. Honda is reading. Thank you.