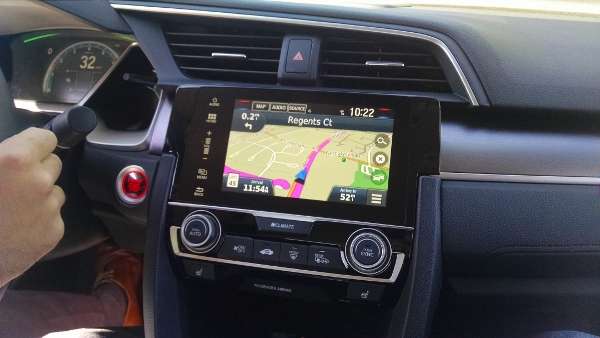 The first time you mentally entrust the safety of self and passengers to the car that you’re driving is a bit of a head trip!
Advertisement

While we don’t recommend taking your hands off of the wheel, or reading a book while driving, 2016 Honda Civic Sedan when equipped with the Honda Sensing ™ suite of active safety features, will help keep your car in its proper lane, autonomously apply brakes when conditions demand it, and effectively watch your blind spot, while adjusting your sedan’s following distance and speed, in stop and go highway traffic.

Torque News recently experienced this bit of Honda magic while driving on the on the Freeways of Los Angeles behind the wheel of 2016 Accord Coupe, the most advanced and fun to drive coupe in Honda’s stable. The experience was life changing.

As described by American Honda: The 2015 TOP SAFETY PICK+ designation is reserved for vehicles that also have an available front crash prevention system that earns an ADVANCED or SUPERIOR rating from the Institute.

In the words of Mr. Jeff Conrad: "As these new safety ratings demonstrate, the 2016 Civic Sedan not only brings new value to the compact segment with its hefty upgrades to fun-to-drive performance, fuel efficiency, refinement and technology, it also delivers advanced collision safety performance," said Jeff Conrad, senior vice president and general manager of the Honda Division. "With its available Honda Sensing technologies, including our first application of Adaptive Cruise Control with Low-Speed Follow, the new Civic Sedan offers customers a suite of technologies unlike anything else in the class."

Not only is 2016 Civic Sedan arguably the most dynamic, best looking 4 door in North America’s compact car segment, according to IIHS it may be the safest. We look forward to exploring the 10th generation 2016 Civic Coupe Touring in February.