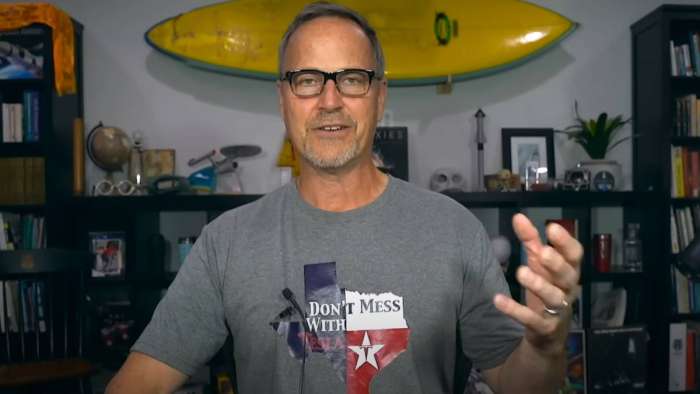 What Is Taking Tesla FSD So Long?

FSD (full self-driving) is going to take a while to be solved. It's hard to predict and some say that by the end of 2022, that FSD will be better than the average human. Let's see why it's so hard to predict FSD according to Dr. Know-it-all Knows it all.
Advertisement

What Is Taking Tesla FSD So Long?

Tesla FSD has taken a long time to get going and reach its full stack version, 11.0. There are many 0 intervention drives that get posted to Twitter and YouTube regularly, as well as videos where there are issues with FSD.

Elon Musk has generally been very optimistic about the ability of Tesla and others to get FSD (full self-driving) up and running to a point it can drive better than a human. The public could be frustrated with these statements as FSD is not there yet. There is one reason though, why FSD hasn't been solved yet.

If you can get FSD right 9/10 of the time, you will still kill some people, injure people, or wreck other people's cars. 9/10 if a pretty good percentage, however, with FSD, there are huge consequences even with that high of an accuracy. You have to get an accuracy that is well beyond 90%.

You need software that is 99.99+% correct. You cannot have 90% or 99% accurate driving. Even 99.9% is not good enough. At 99.99% or greater, that is probably better than the average human driver. The problem is that all research and commercial products for AI are saying they are at 75%-95% accuracy - but for FSD, those percentages are not acceptable.

Older models of FSD were horrible, with vehicles tumbling around, so there have been great improvements since then. The expectations of FSD are incredibly high and they should be. You have to have software that can drive much safer than a human.

The timeline of FSD has constantly been underestimated. This is likely a conditioning done by coding in general. For mission critical things, a 95%-98% accuracy is pretty good. For instance, space flight, you need something to work 100% of the time. You needed redundancy and to greatly minimize the chance of failure. Even with that, there have been tragic space accidents. This is pre-programmed things though.

Neural networks are difficult to understand. You have a lot of tuning nobs of how you adjust the neural network. It can create situations where you don't understand why and how things are happening. When you adjust the various nobs and values, you'll get different results. It makes it hard to know how to improve something unless you have a deep knowledge of machine learning and AI.

Improvements have been made, such as Tesla counting the photons to improve latency and accuracy, and then this goes back into the neural network. General human thinking is not going to help understand AI and neural networks.

The bulk of the work will appear to get to 99% and to an eventual 99.9%, 99.99%, and 99.999% and more. That's going to be incredibly difficult due to the random nature of the world, people, vehicles, weather, and anything else. This is where the most time is going to take.

Is FSD taking a long time? Will it continue to get delayed and fall behind? Will we have autonomy start by 2023 or 2024?

NeilT wrote on May 3, 2022 - 2:52pm Permalink
It is fairly simple to understand. When they finally realised they would have to teach the AI to react to the outside environment like a human in both recognition and cognizant reaction they realised that having humans trying to label whole human reaction events was going to take decades. So they built one of the most powerful computers in the world, from the ground up, silicon and all, then started teaching it how to teach an AI to learn. This all takes time. Both getting it wrong and realising the problem. Then working out how to fix it and building the fix. The question is not how long it has taken Tesla to get here or Why it took so long. The question is "when will their competitors realise they have to do the same?" This will be an Entirely different market in 18 months. The second question which is never addressed is. "When will the regulators catch up". Because the one thing Never talked about is the rather casual reference to the fact that FSD, even fully working and exactly as sold, is illegal to use correctly until the regulators approve it. Nobody ever seems to talk about that little caveat in the documentation on FSD. In some ways it may prove a harder nut to crack than self driving itself. Especially in the EU.
C S wrote on August 23, 2022 - 9:32pm Permalink
In the US we are legal till a law says otherwise. Some might claim gray area, but if it is not legally declared by bill creation process, it’s legal. Most FSD in US falls under the, no laws say otherwise.
Martin Winlow wrote on May 4, 2022 - 7:14am Permalink
Further to NeilT's insightful comment, the other major - possibly the biggest - issue is getting human beings to accept that a machine is never going to be perfect, no matter how good it is. Witness the person (I'm not going to name hm as that would be a tacit support for his loony position) running for senate (FCOL!) who is so blinkered to the very obvious potential benefits of autonomous cars in general and Tesla's efforts specifically that he is basing his entire campaign on an anti-autonomus vehicle theme. I'm guessing he is so ignorant that he has never even once considered how many lives Tesla's Autopilot has already saved every time we've seen yet another instance of a Tesla driver unconscious (for whatever reason) behind the wheel of their car doing 70mph down a highway - something that happens in the vehicle world thousands of times every single day. On that basis alone, Autopilot has certainly saved many more lives, injuries and general road-carnage than it has ever caused (which is zero in my book if you consider it is only supposed to be a driver assistance system and not a fully autonomous one).