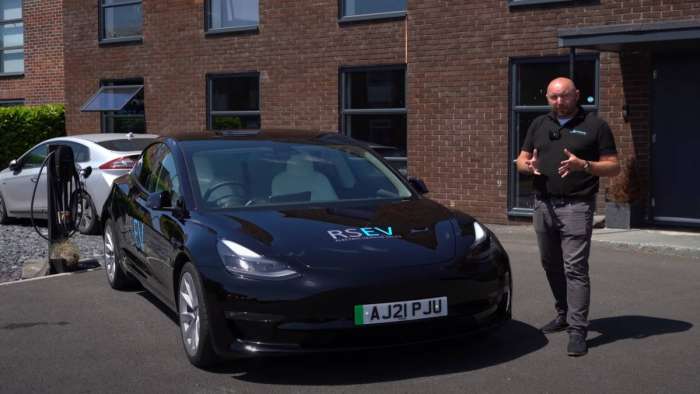 What is the true cost of owning a Tesla Model 3 after 20,000 miles? One owner shares his experience with any problems he encountered, along with what charging costs were and how he felt about the car overall.
Advertisement

We have a Tesla Model 3 that has been owned for a year and driven 20,000 miles. What was one persons experience and owners review of this Tesla Model 3. How much did it cost and what was the experience like with the car?

It has a 75 kWh battery pack. This seems to be the standard for the long range Model 3 vehicles. PPF was put on the car - paint protection film. This has helped the front of the car largely be free of any stone chips. On a sunny day the PPF will self heal on the car. It's expensive to get PPF, but worth it if you want to protect your car (about 2,000 British pounds). The entire car was covered with the PPF.

The tires on the Model 3 are still the original tires. There hasn't been any repairs needed, but they have been rotated. If you rotate the tires, you will get 20,000 to 25,000 miles for the tires. This is the 19 inch wheels. All that is needed is topping off the washer fluid by opening the frunk.

Has Anything Gone Wrong?

Nothing has gone wrong since they got it new about 20,000 miles ago. If anyone criticizes Tesla for build quality, that is unfounded. There is problems with Tesla vehicles, but they are rare. The China made car is of very high quality.

The front area with the wide screen and seats is still in very good condition. The drivers seat doesn't have anything going wrong with it. The back of the car has a trunk and it took a few presses of the button to get the trunk to go down. There was a little bit of scratching around the Tesla, probably from people opening the trunk.

There is a tow bar for this vehicle and getting it put on is a difficult task. There is a new "matrix" style headlight, which can do various light displays, but this car doesn't have that. The high beam function is a little slow to react and doesn't turn it on or off fast enough. The head lights are OK, but not as good as they could be.

As for the ride quality, it's a little bit hard and fidgety and would be nice if it would be just a slightly nice ride for the non performance cars. Some other cars are a little bit better. It would also be nice to have a memory function for the passenger side or the ability to adjust the passenger seat from the drivers seat.

It would also be nice to have a message that there is a phone left in the car. The glass roof is great, but it doesn't have heat reflective glass. On a hot sunny day, you will feel the heat coming through the glass roof on the top of your head and body.

What Else Is There?

The back seats have a flat floor and there is room to sit down even with the front seats all the way back. There is a dog mode on the car that lets you keep your dog in the car and the temperature will adjust to keep the dog cooled down with a message on the screen showing the dog is being taken care of.

You can simply open the car by getting near it with your phone. The car will also lock itself when you leave it. The two phone holders and chargers are very convenient as well. There is a big center storage console in the front middle of the car.

Navigation with the car is easy with the ability to plan trips with Tesla supercharger. This is leaps above anything available today. The visibility of the front view while driving is very open, tall, and wide. The steering is super sharp, very response, and quick.

Charging costs were documented - 39 times while the car charged over a year. The total amount of energy taken was 1,332 kWh. The cost of that is just under 470 British pounds. Average charging done was about 50% of the battery of the car - 34 kWh. 3.5 times a month was the number of times charging was done. Office charging was 650 British pounds and was done the most.

What do you think of this owner's experience with his Model 3? Would you get a Tesla Model 3 long range?