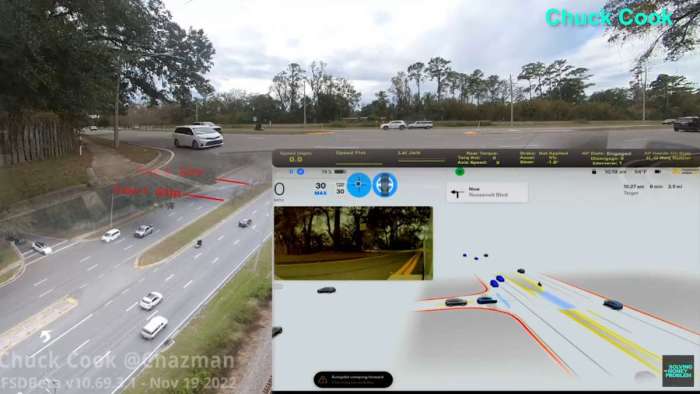 Tesla Plunges to Two Year Low - Is This the Bottom?

Tesla has plunged to two year lows, creating what may be a great buying opportunity. Is there anything that could surge Tesla higher? We see one thing that most people aren't thinking about.
Advertisement

Tesla Plunges to Two Year Low - Is this the Bottom?

Tesla has plunged to a two year low in share price, about 60% below its all time high. Is this the lowest it will go, or can it go lower?

Currently, Tesla is at about $168 per share, which puts it at about a 526 billion market cap. There seems to be a big disconnect between Tesla, the company, and its share price related to the value and progress Tesla is making as a business with its products.

It's important to separate noise and reality. Noise right now is the entire macro environment, economy, and uncertainty regarding China and its policies which might cause Giga Shanghai to shut down again, along with other world uncertainty. This is creating what may be perhaps, a great buying opportunity in Tesla.

There are many things that show that this is NOT the bottom for Tesla. Besides selling cars at industry leading margins, Tesla has FSD, which is about to go to wide release. Most people aren't banking on this having any - or much - value for Tesla.

Tesla FSD - a Winner Takes Most

The first product Tesla is executing well on is full self-driving (FSD). This has continue to have software updates to get it to the point it is now at version v10.69.3.1. This version has created a 44% lower error rate on lane topology compared to the previous model. There is an improved overall driving smoothness without sacrificing latency, and there is an improvement in unprotected left turns.

FSD continues to make progress and is on track for a wide release at the end of this year, 2022. Next year it will continue to improve and every year after that, there will be improvement. It's only a matter of time before Tesla creates software that is good enough to drive itself all over the world.

There was a Chuck Cook video of his unprotected left hand turn, showing the improvement in this software build. His car approached an unprotected left hand turn with cars coming from each side. There was a tiny gap that the car waited for without taking a risk. There was a truck in the median area and then Chuck's Tesla went forward into the median area. Then the car proceeded. That situation had a lot of dynamics and cars around.

Tesla's FSD is doing things that some humans can't while driving now. Eventually, this will get them to robotaxi levels. There are quite a few additional updates in the FSD patch notes that show the progress in FSD.

There are improvements that improve FSD when there are slow moving objects that aren't identified. There is an increase in the dataset size by about 2.4 times. There is improved velocity estimates for far away crossing vehicles by 20%, while using about 1/10 of the compute.

There is increased smoothness for protected right turns by improving the association of traffic lights with slip lanes and yield signs.

There is reduced false slowdowns near crosswalks with improved understanding of pedestrian behavior.

There is improvement of object detection, which eliminates 26% of missing detections for far away crossing vehicles.