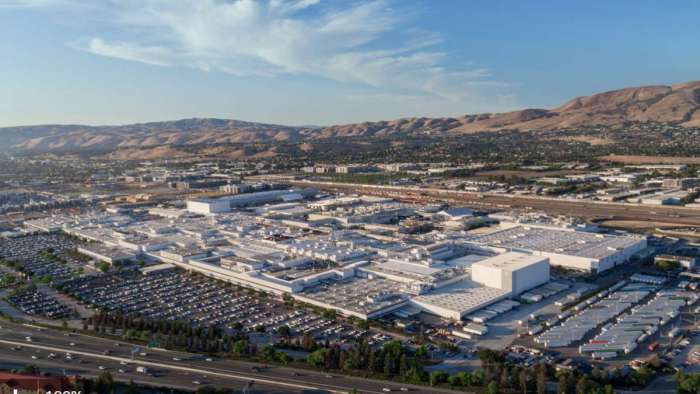 Tesla just recorded record Q1, 2022 results with vehicle deliveries, margins, and earnings. This shows that Tesla remains the fastest growing company in history and is still just in the early stages of its growth.
Advertisement

Tesla just ended there Q1, 2022 conference call and there are a number of different parts of this conference call that are very important. Let's go over the numbers and key points.

Q1 pricing reflects pricing set in the past and not the newest price increases. Costs are increasing too. There is a $288 million one-time credit revenue due to a CAFE regulation change. Tesla lost about a month of production at Shanghai and trying to get to full production soon. Austin and Berlin ramp inefficiencies will start to show in Q2 - still tracking to 50%+ growth in 2022.

Tesla has a reasonable shot at a 60% increase in deliveries (about 1.5 million). Tesla is working on a dedicated robotaxi and it will have the lowest cost per mile, even lower than a subsidized bus. Tesla is also on track to reach volume production of the Cybertruck next year.

Elon thinks Tesla is still in the early stages and is aspiring to an eventual 20 million units per year. He sees 50% growth or more for the next several years. People also don't realize the importance of the Optimus Tesla Bot. Insurance is growing well, along with batteries and solar.

There are a lot of lost production days and supplier challenges. We should see record output per week this quarter. There will be similar or slightly lower than Q1 production and Q3/Q4 will be much higher.

The wait list for vehicles is very long and sometimes spills into 2023. Prices are being increased in anticipation of supplier and logistics cost growth over the next 6-12 months. Some suppliers are requesting 20% increase in price for parts - inflation is high.

The cost of commodities and raw materials moved much higher in Q1 and Q2, 2022. There is vehicle pricing that reflects anticipated movement in the price of raw materials going forward.

It will take several years to get to the goal rate for production. Tesla is trying to reach volume production of 4680 batteries in Q3 or Q4 of 2022. They have extra 2170 cell capacity for 2022. Tesla saved 5x on capex to build 4680 batteries and production lines. Tesla will be competitive this year with the best alternative, and next year will be better than the best alternative right now.

Elon Musk is estimating tonnage of materials needed for batteries and vehicles (lithium, nickel, aluminum, etc.). Tesla is taking action on limiting factors, such as mining and refining lithium. Tesla is recycling 50 tons per week and that will continue to grow substantially.

Tesla has learned a lot from Giga Shanghai, which will benefit Giga Texas and Giga Berlin to ramp faster than Giga Shanghai. Tesla has 30% less robots due to single piece castings and the body shop is 60% smaller. It will take 9-12 months to reach 5,000 units/week.

What to do With Future Cash Stash?

Tesla will take things one step at a time. They will build new factories, develop FSD, work on robotaxis, and work on the Optimus Bot.

There are no discussions underway right now. This was one of the most interesting things said. Does it mean Elon Musk may not need to stay at Tesla? Or does it mean he feels he has enough stock already and wants to allow others to get stock?

Tesla plans to open up third party access to superchargers around the world and wants to do the right thing. The pace of Tesla supercharger investments, such as adding new superchargers, has accelerated.

Tesla insurance just launched in Virginia, Colorado, and Oregon. It is vertically integrated as an insurer (underwriter, holding risk) and is the second largest insurer in Texas for Tesla vehicles. Tesla's goal is to have 80% of Tesla owners in the U.S. having access to Tesla insurance if they want to. Then they will expand outside the U.S.

There are real-time safety metrics that make driving safer, such as lower premiums. There is a feedback loop for Tesla, such as accident claims, and design changes and software changes.

Will Tesla keep having record quarters of growth? Will anyone catch up to Tesla?

Thanks to Dave Lee for assisting with this break down: