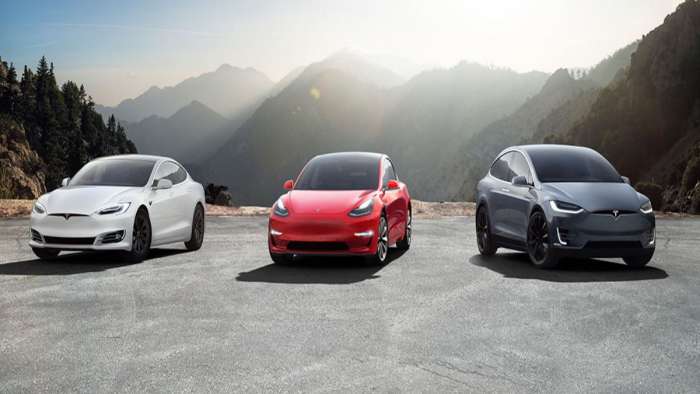 We have recent news from TorqueNews that Tesla insurance has just been released in Texas. This is great news and the beginning of a massive disruption. Tesla Insurance has not yet become wide spread. Once it does, it is going to disrupt the entire auto industry. Here's why:

Tesla Insurance Will Be Technologically Driven

Let's take a look at this Tweet which gives insurance numbers from a Twitter user who had a Tesla insurance quote reduced by 40% to a monthly payment of $51.93 per month in December of 2021.

I just signed up. Score did not change. Premium will be reduced after first two billings. By 40%!!! pic.twitter.com/aXNyMur2iI

Drivers will be charged their insurance rates depending on their Tesla safety score. If this is month to month, which it appears to be with this Twitter post, drivers will want to follow safety precautions to increase their score to 100. I can already see a host of users on reddit complaining about this, but it makes a ton of sense to implement it this way.

First, the drivers score is technologically driven by the behavior of the driver of the Tesla vehicle, following Tesla's safety standards, which are:

Forward Collision Warnings per 1,000 Miles
Essentially how likely is it that you will collide with something in front of you per 1,000 miles. This one seems easy to meet the standard - don't drive aggressively and stay safe on the roads.

Hard Braking
Backward acceleration in excess of 0.3g or 6.7 mph in one second. Pretty self explanatory. Put yourself in a position where you don't have to hard break and you'll be fine.

Aggressive Turning
A left or right turn in excess of 0.4g or 8.9 mph in one second. This is another easy one to meet. Turn carefully and casually and never be in a rush.

Forced Autopilot Disengagement
If you get 3 audio and visual warnings, you are doing something very wrong with your driving on the freeway. Basically, it should never happen if you are driving safe and normal.

Tesla has longer descriptions for these on their website. The scores have detailed criteria using numbers for calculations to determine safe or not. Tesla will know down to the mile per hour and user distances to other vehicles to determine a drivers safety score. This is amazing and very pinpoint accurate. Plus, Tesla will refine and improve this system over time.

This will give Tesla insurance a massive edge over other insurance companies because Tesla will know precisely how a driver is driving and what the risk of insurance is to that driver. No other company will be able to get as accurate as Tesla.

Tesla can also adjust the rates month to month to reward good behavior and punish bad behavior. No other auto insurance company knows how to adjust your insurance month to month based on your driving behavior, but Tesla can. They don't need to take your word for anything. They'll just use your safety score from your car.

This will cause them to have much more precision accuracy for those they insure -vs- other companies, causing them to have better profit margins. The safety score system and the car keeping track of everything is software and technology, whereas other auto insurance companies must rely on statistics and accidents, which may happen infrequently. And the regular insurance company has no idea if the owner of a car is driving bad all of a sudden or drinking and driving. But Tesla will!

Lastly, when full self-driving becomes super human - 10 times or more better than the average human driver, anyone who purchases FSD can be forced to have a low insurance premium by letting the car drive itself. Tesla FSD will follow all of Tesla's safety metrics to the tee, I guarantee.

What Will Be Hard For People To Do

I can see a thread of users on Reddit talking about Tesla insurance and there are quite a lot who are complaining about it and wanting to be able to just drive however they want.

The first challenge with this is that there is no accountability or consequence if someone can drive however they want in their Tesla car. The reality is, the more unsafe you drive, the more likelihood of an accident. If you drive close to someone in front of you, your chance of rear ending them increases. It's just simple physics, math, and statistical probabilities.

People will either have to change their driving behavior or suck it up and pay extra high premiums. Tesla's safety score system will be a very objective judge and have no biases. It will simply use math and calculations to determine the safety score of someone.

I can see people trying to game the system with Tesla insurance. They'll take the car in a parking lot and drive it in a loop 10 times to see if that raises their score. Maybe it will, but who is going to want to take the time and effort to do that. We as humans are constantly doing what we think will benefit us and this seems like a waste of time to do when it would make more sense to just drive safe.

For instance, I have a 2009 Honda Fit, which costs me $65 each month to insure. This isn't bad. I use a local Utah company that gives me a better rate, but it's an old car and I've never been in an accident. If I had a Model 3 from Tesla, I bet my insurance would go down by $10 per month. I drive very carefully and already follow all of Tesla's safety guidelines. I'm confident I would have a 99 or 100 for my driving score.

What do you think about Tesla insurance? Is it going to disrupt the insurance industry? Or will it stay small and never grow?

LG's New EV Battery Plant Is a Welcome News for Tesla
Tesla Giga Berlin's New Hurdle: It's Not Only the Gov't, but Now Tesla Itself
END_OF_DOCUMENT_TOKEN_TO_BE_REPLACED