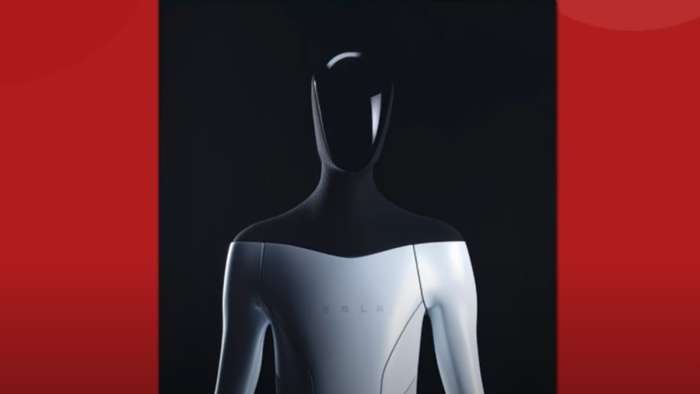 Elon Musk spoke about Tesla Bot a lot on the latest earnings call. Most people seem skeptical of it, but I believe Elon when he said it will be bigger than the auto business. I'll share why now.
Advertisement

There's been some controversy with Tesla and Elon Musk on its latest earnings call. People were wanting a very detailed product road map and instead they got information about Tesla Bot and FSD (full self-driving), which are two products that are not making Tesla much money at all.

I've read the Twitter accounts of many people. People are upset that the Cybertruck is delayed and Elon is focusing on Tesla Bot. People want their vehicles. I have a Cybertruck on order and I want my truck too! Why is Elon focusing so much on Tesla Bot? Why didn't we hear much about the Cybertruck, the Semi, the Roadster, the $25,000 "Model 2", or any other future products like the bus, van, or anything else?

The answer is very simple. It's because Tesla is production constrained and there are still supply chain challenges with computer chips. Elon stated that once those issues ease and Tesla sees that they aren't production constrained, then it will make sense to start adding in other vehicles. But why do it if it's only going to take away from Model 3 and Model Y sales?

Tesla Bot is a good thing for Elon Musk to focus on. It keeps Tesla in a growth mindset instead of focusing only on cars and FSD. Yes, cars and FSD are important, will save lives, will save time, and will be a big boost to humanity. But the Tesla Bot will be an even bigger boost to humanity. That, or it will make us all really lazy :). With Tesla Bots doing all the work, what will be the motivation to do any work?

What Will Tesla Bot Do?

The only things Tesla is missing right now are the way the Tesla Bot moves around the world and the necessary parts for it to function as a human would and to be able to carry objects, balance, and walk without stumbling. I think voice will also be a necessary part of Tesla Bot. It will need to be able to respond to voice commands and get out of the way if that is what is needed.

Tesla Bot will be able to be trained in anything that is given to Dojo to train it. I can see it being trained in a variety of tasks including carrying things, constructing things, making food, cleaning, fishing, sewing, taking out the garbage, carrying radioactive material and waste, and so on.

And again, all the Tesla Bot will need is video of this. So how is Tesla going to get this video? I think it's going to have to offer people to wear glasses which record them doing activities, whether it be fishing, sewing, cleaning, making food, etc... the Tesla Bot will need to see this in action and be able to determine all the components and pieces that go into that particular project.

I think Tesla could make a pair of glasses one day for people doing various professions to record what they are doing. There could also be enough video available right now on YouTube or other online websites to train it. It's tough to say though what Tesla's solution will be to training. Driving is pretty simple because Tesla's cars have cameras and are gathering data. But, what does a Tesla Bot do that isn't driving and needs to learn. It can't reference existing material from other Tesla Bots... Will humans have to control it at first like an avatar? That's a problem for a smart engineer at Tesla.

What I Think Will Happen

I think Tesla Bot is going to have to be controlled by expert humans at the task in order to train the Tesla Bot. Unless there are existing videos of that task available, how else is Tesla Bot going to learn? That's my first thoughts about it. Tesla may setup video cameras in areas where the activities a Tesla Bot are going to do take place so it gets tons of data to go by. Tesla may even have to pay companies to record the jobs they are doing - or Tesla will just do it within their own factories first.

Either way, it will be exciting to see when the first Tesla Bots come into prototype and service. I'm hoping to one day have one!

What were your thoughts about Elon's remarks about Tesla Bot? Will it become Tesla's most profitable part of its business?