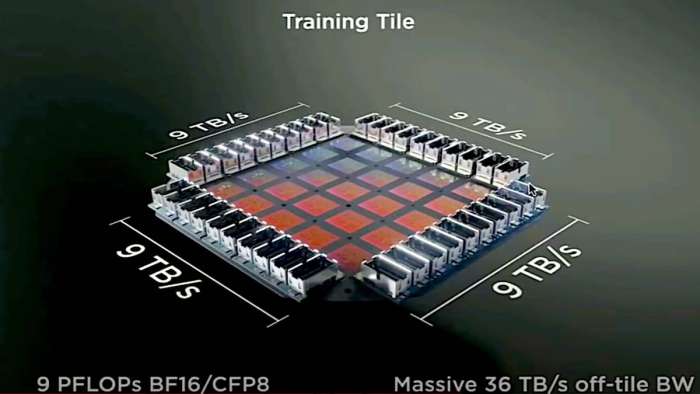 Not sure what the future holds for Tesla and its investors regarding Tesla’s focus on achieving autonomous FSD capabilities? Then here is your chance to learn how Project Dojo just might be the supercomputing architecture that turns Elon’s dream into reality.
Advertisement

Earlier, we’ve reported numerous articles about Tesla and FSD that have been a literal roller coaster ride of successes and questionable quirks that have had Tesla owners on the edges of their car seats waiting to learn when and what the latest software update holds toward achieving the holy grail of FSD—Level 5 categorization.

In one particular article, we learned about the importance of Tesla neural network control as Tesla develops simulations to bring Autopilot and FSD closer to reality using petabyte amounts of information collected to enable Autopilot and FSD “to learn” how to respond to varying road conditions and driving scenarios.

The “man behind the curtain” (so to speak) that is making the development become a reality, are the engineers involved in Project Dojo---Tesla’s fastest supercomputer AI training computer that reportedly possesses 720 nodes of 8x Nvidia A100 Tensor Core GPUs (5,760 GPUs total) for up to 1.8 exaflops of performance!

According to experts involved in Project Dojo, Dojo is a meaningful different way to approach the training of AI neural networks used for Tesla vehicle software.

That said, here is a very informative recent video that discusses in depth what is going on with Tesla and Project Dojo that should hold some promising insight for investors as well as fans of all-things-Tesla.

For additional Tesla-related videos, here’s a recent one about a Tesla 4680 Battery Summary Update.