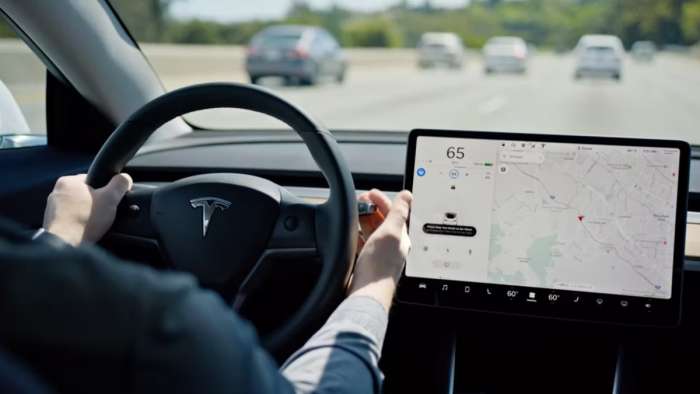 Following the disappointment caused by Tesla's latest earnings call, Musk has started emphasizing FSD's value. Elon says besides Tesla it will take all other competitors at least 5 years to reach level 5 autonomy.
Advertisement

Tesla recently held the company’s quarterly earnings call with analysts. Prior to the call, Elon Musk had promised he will attend the call to give a more detailed update of Tesla’s product roadmap.

Tesla fans were excited and rumors were abound suggesting on the earnings call we will hear more about the refreshed Model Y and the redesigned Cybertruck. However, on the call, Elon Musk said this year Tesla will not introduce any new products but will focus on the full self-driving software and the Optimus bot.

This was a disappointment for Tesla fans and investors alike. Following the earnings call, the company’s stock went down and Tesla Twitter is full of fans disappointed by the call.

However, Musk doesn’t see the earnings call as a disappointment and is now emphasizing how important Tesla’s FSD lead is to the company’s financials. Responding to a Twitter user who remarked FSD will be worth trillions Musk said “given how insanely hard FSD is, I think it may take 5 years or more before any company besides Tesla solves it.”

Given how hard insanely FSD is, I think it may take 5 years or more before any company besides Tesla solves it

However, Musk’s confidence is not without merit. Tesla, the same day as the earnings call, announced the company’s most advanced full self-driving software, FSD Beta, is now running on 60,000 vehicles.

FSD Beta can currently handle surface streets, roundabouts, unprotected left turns, and even though not yet perfect at least gives us a glimpse of a fully autonomous future.

And if Musk is correct about his assessment of the FSD environment then, that will mean Tesla will have the autonomous taxi market all on its own for several years. This will bring billions of dollars in revenue and the first-mover advantage is likely to cement Tesla as the preeminent robotaxi company for the foreseeable future.

Cathie Wood of ARK Invest believes FSD can propel Tesla to a 3 trillion dollar market cap and more than $200 billion profit by 2025.

This is indeed exciting for Tesla investors but, as of now, the EV maker has yet to reach level 5 autonomy. We will be sure to keep you updated as Tesla advances the company’s FSD software. Make sure to visit our site torquenews.com/Tesla regularly for the latest updates.

So what do you think? Do you agree with Elon Musk’s assessment that Tesla is 5 years ahead of the competition? Also, what did you think of Tesla’s latest earnings call? Let me know your thoughts in the comments below.

John Goreham wrote on January 28, 2022 - 8:13am Permalink
Just five years? With Tesla's inventory sold out for the near future, that means that Tesla has zero added advantage in the coming half-decade by working so hard on FSD.
vs wrote on January 30, 2022 - 8:46am Permalink
Tesla is far behind in terms of competition for the leader in FSD. Waymo is the undisputed leader and GM Cruise is probably in the second position. The only difference is that other companies are not making any false claims