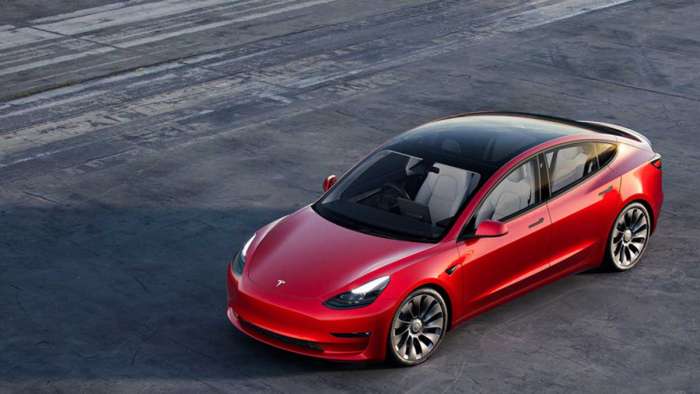 If you want to spend $60k on the 2021 Tesla Model 3 and get a car right now, you may do that by ordering so-called Demo Vehicles. No one-year waiting list here! Caveat? There is one! These cars have batteries from 2017.
Advertisement

Tesla recently began selling Demo Vehicles that covered a few hundred miles and had batteries built-in in 2017. Mind you; these batteries are not used (a lot), but, as with any battery, they do degrade a bit. If you find one such car on the official Tesla website, you will get this message.

This vehicle was built with a battery pack manufactured as early as 2017. While this pack was brand new when the vehicle was built, the cells have reduced capacity due to their age and you can expect up to 12% reduction in range from current production specifications. 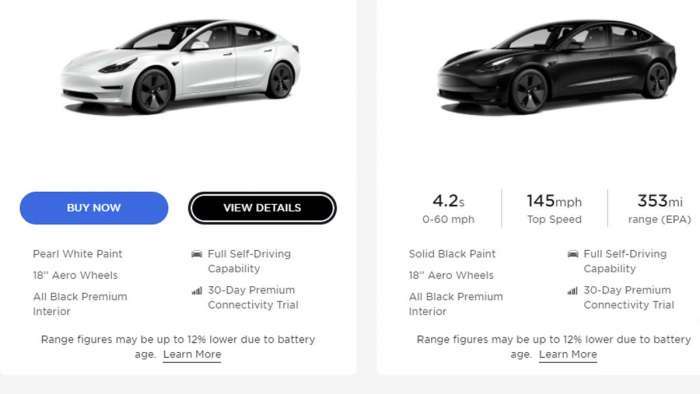 A simple calculation shows that a car that should do 353 miles of range could have a range of 310 miles. This is not the first time Tesla sells Demo Vehicles, so they have some sort of a system in place. After all, the company is doing all it can to clear its inventories in the last quarter.

What about the warranty on the Tesla Model 3 Demo Vehicle?

As for the warranty period for the Tesla Demo vehicles, official information says this:

"The warranty period for Demo vehicles begins the day the car was first put into service by Tesla and is active up to 4 years after this date or 50,000 total miles, whichever comes first."

This means that if you buy a Tesla Demo vehicle today, your warranty will expire only in 2025. However, I am still not convinced that the battery's standard warranty conditions are in place. For example, Tesla covers warranty for the Model 3 Rear-Wheel Drive for a period of:

"8 years or 100,000 miles, whichever comes first, with minimum 70% retention of Battery capacity over the warranty period."

Even though batteries have not been used extensively since 2017, they did lose 10-12 percent of their capacity (as Tesla has noted). What is more, as Carscoops reports, some independent researchers, such as a Geotab study, figured out that car battery degrades 2.3 percent per year, regardless of whether it is used or not.

Now, if you go to the Tesla site and find the 2021 Tesla Model 3 Demo vehicle with a 2017 battery in it, you will get the message that the warranty will expire in October 2029 or after 120,000 miles. It could be that the company extended its battery warranty on these cars! Of course, I will update this article if Tesla sheds some other light on this issue! 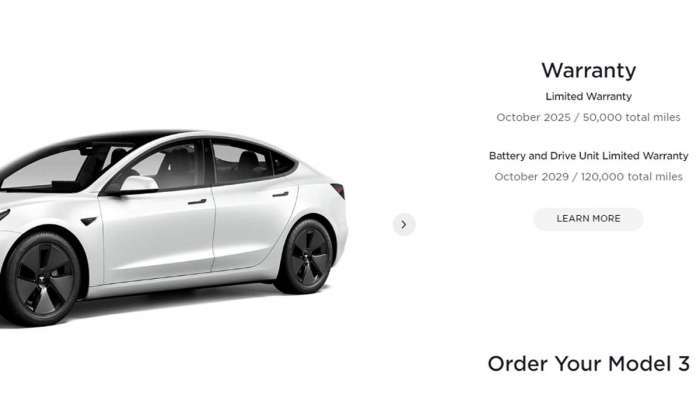 Should you buy a Tesla Demo vehicle?

Several people who bought Demo vehicles say they are the same as the new cars. You could find an occasional scratch here and there, or a bit wore out driver seat from the people who sat in it previously. Bear in mind that we are talking here about cars with a few hundred miles on the odometer or the cars that sat on the shopping center floor for other people to glaze over. Nothing too dramatic!

The price of the Demo Vehicles is only a tad lower compared to ordering a new car. However, the demand exceeds supply in this case, and Tesla can probably charge a total price for this car. What is more, when I wrote this article, Tesla had already removed some vehicles from the inventories.