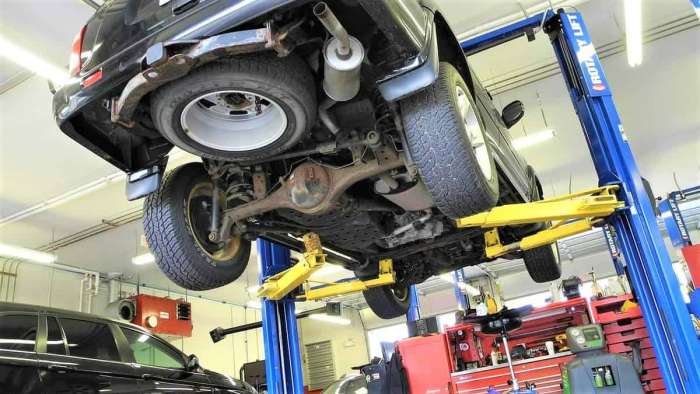 New Toyota Brought in Garage After Only 900 Miles! Why?

Here’s an interesting video about a Toyota owner who brought in his new Toyota Tundra after only 900 miles for servicing at a garage that raises an important question about new vehicle maintenance.
Advertisement

In a recent Toyota Maintenance YouTube video episode, the proud owner of a 2021 Toyota Tundra SR5 TRD 4X4 brings in his vehicle for an oil change---however, the vehicle has only 900 miles on it! Which raises an interesting question: When should you really bring in your brand-new vehicle for its first oil change?

Among the reasons why the owner did this were:

• Concern that the 6-month period had passed on the 5,000-mile/6-month oil change interval required because the vehicle might have sat for a prolonged period on a lot waiting on chips before it was sold to him new.

• This truck is his “baby”, and he wants to ensure that it gets the best maintenance care possible.

Both of which are valid concerns, but before we get into addressing the question a little more fully, here is the video that provides a nice view of the 2021 Tundra and Peter’s take on whether the maintenance is necessary.

When is The Correct Time to Change the Oil on a Brand-New Vehicle?

This is a loaded question you will find on many forums that can leave a new car owner somewhat bewildered trying to decide who is giving the best advice that they should follow.

Part of the bewilderment is that back-in-the-day, there used to be what car owners and mechanics referred to as a “new vehicle’s break-in period” where specific oil types, driving speed intervals and other practices were recommended to optimize your vehicle’s engine break-in so that it would perform its best and last its longest.

Today, however that is not so much the case unless you are rebuilding an engine and/or involved in performance race car mechanics. Today’s modern car for the mass consumer is designed to run brand-new without the need for breaking-in by its owner.

Facts and The Not So Factual

What is factual is that when a motor starts its new life, the most wear it should experience in the shortest period of time will be when all of the moving components in the engine are wearing into each other as they grind into a fit that shares the burden of friction with pistons pumping, bearings spinning and rings rubbing against the cylinder walls.

During this initial breaking-in period, there will be microscopic metal bits shaved off and eventually dumped into the oil system where it should be trapped by the new oil filter and not circulate freely around the engine causing contaminate harm.

Adding to the confusion is that it seems commonsensical to assume then that to optimally protect your engine, you will want to change the oil within the first few hundred miles as protection from metal bits that might that have not been trapped by the oil filer.

Opposing views on some forums is the belief that changing the oil on a new engine too soon interferes with the natural break-in process already factored in by the engineers of the car or truck engine.

In addition, there are concerns that it’s not just the normal wear, but debris from the engine foundry process left behind also adds potential contaminates that can hasten new engine wear. But again, some will argue that this is already factored in as part of the manufacturing process and engineers have already taken this into account when specifying tolerances.

The veracity of these arguments is questionable. And who knows what really goes on in the mind of an automotive engineer?

Some Commonsense Advice on the Matter

Rather than obsess over what is right or wrong on what is going on with a new vehicle engine that is beyond the control of the owner, it is better to follow some commonsense advice on the matter with these tips:

• You do not need to concern yourself with how to break-in a modern car engine today---just drive within reason. However, if you insist on overrevving the engine and treating it like it is a race car, you will interfere with the normal breaking-in process and can expect at the very least significant oil burning early in its life that will require major repair.

• Oil sludging can develop from sitting too long (such as at a car lot waiting to be sold) due to condensation building up in an engine and/or if the new vehicle has been driven only short distances not allowing the engine temp time to rise high enough and long enough to cook off the trapped moisture. Therefore, the owner in the video had a legitimate concern.

• Read your owner’s manual. It might not seem likely, but if something were to go wrong with your vehicle’s engine and you were changing your oil and filter sooner than recommended, it could be argued that you violated the manufacturer’s warranty. Odder things have happened.

• Anecdotal based advice from experienced mechanics is that the owner’s manuals too often recommend oil changes intervals too far apart. The best advice is to stick to an oil and filter change every 5,000 miles. However, avoid any potential warranty infractions by letting the dealership do their interval changes at 10K miles or whatever it is and then slip in your own oil changes on the down-low.

• Go ahead and err on the side of caution and give your new car its first oil change anywhere between 500 to 1,500 miles followed by a regular 5,000 intervals after that. And be sure to use that time to check your vehicle’s coolant and other fluid levels, air filter, tire pressure, turn signals and other lights like a flagship shakedown to ensure that no new-car problems have already developed.

For additional articles about car maintenance, here are two recommendations for all new or used car owners:

• The Sealed Automatic Transmission Flush Deception Revealed by a Mechanic

COMING UP NEXT: Just Rolled In Homer Simpson Edition