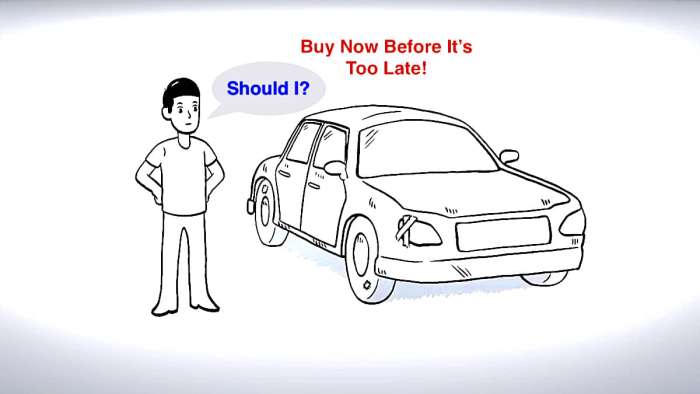 Discover now why putting off buying a used car today might be a costly mistake. Plus, Consumer Reports recently posted their used car pick finds ranging from $40,000 to as low as $7,000---many of which are expected to go quickly.
Advertisement

USED CAR PRICES ARE UP AND STILL CLIMBING

According to a recent Automotive News story, wholesale prices dealers pay at auctions for used cars has hit a record high this past September; and according to analysts, the peak has not appeared to have been reached yet for 2021.

In the story, a typical franchised car dealer sources about 25% of their used car inventory from auctions. What is atypical, however, is that prices have increased significantly leading to an increase of 27 percent in wholesale values from September of last year to September of this year.

In fact, just from this past August to September, values increased by 5.3 percent. This, analysts explain, is the result of cutbacks in new vehicle production and the global semiconductor chip shortage.

This information comes from Cox Automotive's Manheim Used Vehicle Value Index, which tracks prices of cars and trucks sold at auctions, among other changes and trends in the automotive industry.

"Basically, the odds favor more increases between now and spring because we're still in a very supply-constrained market in total, in both the wholesale market and the new-vehicle market," Smoke said, adding that relatively high sales conversion rates continue to suggest aggressive buying by dealers.
---Automotive News Oct. 7, 2021

Used Car Buyers Will be Affected

Just how much used car buyers will be affected by this news is unclear---but not impossible to predict.

According to the Automotive News story, while high wholesale prices are affecting dealer margins, those same margins were, “…still substantially higher than what they were pre-pandemic." However, there is substantial evidence that customer demand for a shrinking new and used car inventory is also climbing. This increased demand and limited supply only guarantees increased used car prices for shoppers that may last well into 2022…and possibly further.

To be clear, this affects new vehicle buying as well. Just his morning, news was released that the popular 2022 Ford Maverick pickup is expected to have slowed production due to a materials shortage at its production plants.

WHAT USED CAR SHOPPERS CAN DO

Keep Your Old Heap---One cost-saving option is hanging onto your current used car and saving on the inflated costs of buying a used vehicle by having repairs done on your current vehicle by a trusted mechanic.

Recently, we’ve reported on car repair scams that include chain vehicle service centers as well as dealership scams and some cases of incompetence reported by car owners and 2nd opinion mechanic YouTube channel personalities. The overall message to used car buyers and current car owners is that all buyer/owners need to become more proactive toward monitoring who is doing the repairs and how the repairs were done as well as how to inspect a used car.

Buy Someone Else’s Heap---“Heap” may seem like too strong of a word for a used vehicle that may very well be classified as a relatively-new used vehicle; however, some candid advice from a mechanic about this topic clearly explains that “You Get What You Buy” is a truism that used car buyers need to consider. In other words, you can shop for what was considered to be a good---and even exceptional--make and model one year, but depending on how the vehicle was maintained and driven by its past owner(s) really affects whether that used car is a smart buy.

Consult Consumer Reports’ Reports---In a recently published article by the good folks at Consumer Reports titled “How to Buy a Used Car: Our tips and expert picks will help you find a reliable pre-owned vehicle at a price you can afford” used car buyers have a great resource for deciding among the nearly-countless models and makes over the past decade that CR tests have determined were good---if not great---vehicles to begin with when purchased new.

However, many of those reviews go beyond the new and also include updates that warn smart used car shoppers of models that later proved to be problematic afterward such as with a tendency toward problems like needing an engine rebuild too soon or transmission repairs or diagnosing for potential transmission problems, why some models burning too much oil too soon, and premature wear and tear on some models air conditioning systems that could cost you a lot of money to have repaired.

That all said about the state of where we are at with used car buying, problems, and solutions, here is a new listing of recommended used car pick finds ranging in pricing from the higher end to the lower end that Consumer Reports just released for used car shoppers.

Deciding on whether a used car is worth your hard-earned money is not a decision to take lightly. For additional used car articles, be sure to check out the following related articles about “How To Spot A Used Car Being Flipped After a Hurricane” and “When Smelling Gasoline Around Your Car is an Immediate Problem.”

For more about current car news involving many makes and models, be sure to bookmark our site and stay updated on the latest information on the most discounted cars; the most fuel efficient cars; and, cars you should stay away from.

COMING UP NEXT: Consumer Reports Shows How to Be a Winner and Not a Loser When Selling Your Used Car